Accessibility links
'Undefeated' Filmmakers Talk Friday Nights' Fights In an Oscar-nominated documentary, T.J. Martin and Dan Lindsay follow an inner-city high school football team in Tennessee, profiling its coaches and players, and showing their struggles on and off the field. 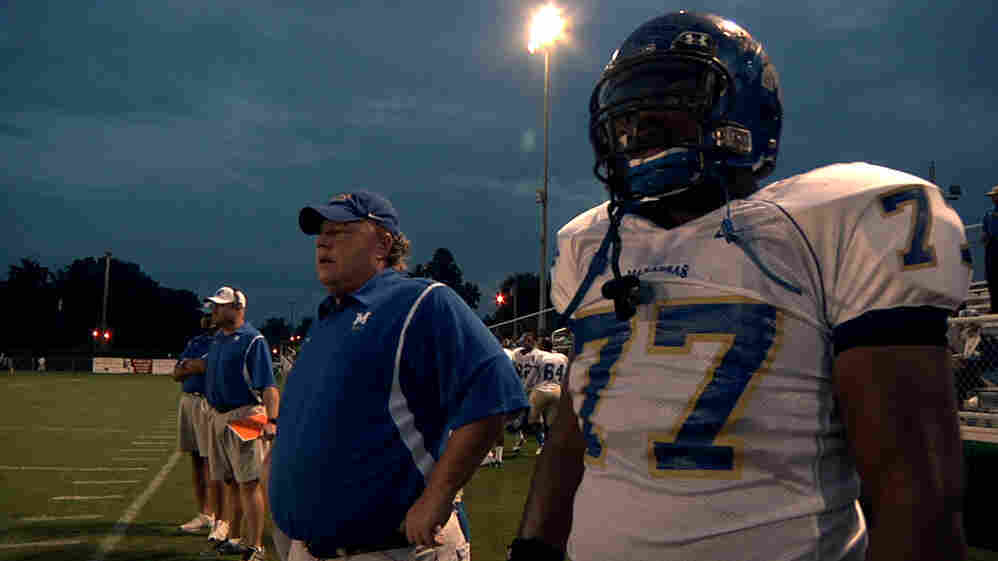 By 2009, after years of losses, the all-black football team at Manassas High School in inner-city North Memphis, Tenn., was known as 'Whipping Boy Manassas' — one of the worst teams in the entire state. The new documentary Undefeated, recently nominated for an Oscar, captures the team's following season, and the struggles of its coach and players, on and off the field.

"For years, Manassas would sell their home berths," Lindsay tells NPR's Melissa Block. "They didn't have a home stadium, so they would sell their games to county schools that would pay them to come up and, basically, get beat. They just got the reputation as being the team you could call on to come and just beat up and make sure you won your homecoming game."

Lindsay says that the Undefeated story begins with Manassas coach Bill Courtney, the driving force behind the team and a central figure in the film.

"When he arrived there were only 17 players on the team — for a varsity football team," Lindsay says. "Over the course of the five previous seasons to our film, Bill worked to build this team ... and make them competitive again." 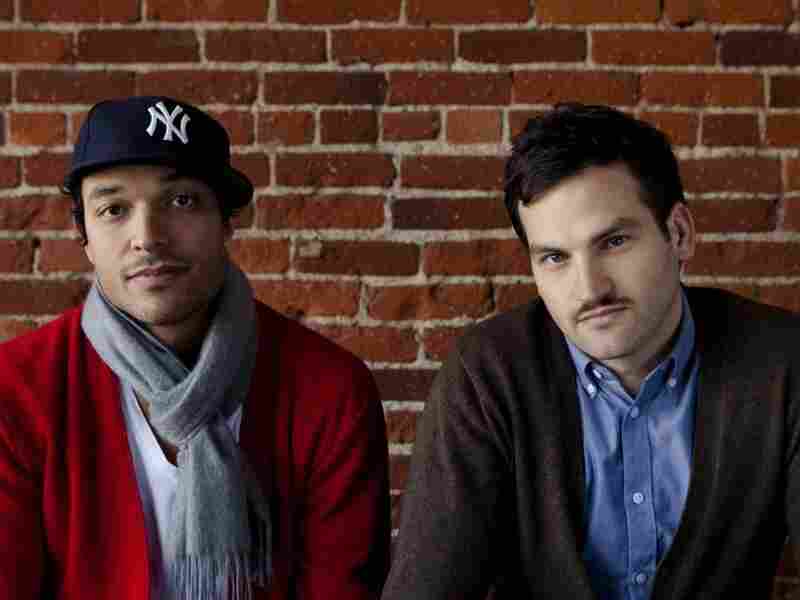 "He's ... a natural-born coach," Martin says. "It's something that he's always loved to do, and so he found a need at this high school, and he went over and started coaching. ... There was never an agenda — it was just that he likes coaching football, and there was a program that needed him."

The program came with challenges other teams would not be facing. To describe the rough neighborhoods the players come from, Lindsay quotes a Manassas teacher: "North Memphis looks like New Orleans after the flood. We just never had a flood."

At the beginning of the film, in a scene that emphasizes what the players are up against, Courtney ticks off some stats about players he's lost.

Martin says that for the charismatic Courtney, football is an opportunity to work with and lead young men.

"Everybody says when you get these inner-city kids down, they'll lay over, and you'll beat 'em by 40," Courtney tells the team later in the film. "Not us. Everybody'll say they're 0 and 1 — they're gonna fold up camp. They'll be 2 and 8 by the end of this thing. No! Not us. You walk with your chins up. I am proud to be a Manassas Tiger on this field tonight, cause my guys didn't lay down. They got heart. Now let's put our mind with our heart and our bodies, and let's finish this thing this year."

Lindsay and Martin focus on three key players on the football team, one of them O.C. Brown. O.C. is massive: 6-foot-3 and 315 pounds. O.C. says in the film that he is not the smartest kid in the world, but he has big plans. Football is his way out of North Memphis, if he can get his grades up.

Lindsay and Martin say it was O.C.'s story that initially drew them to Memphis.

"What we thought was interesting about his storyline specifically was that he kind of navigated these two seemingly disparate communities," Martin says. "He spent part time in North Memphis, and then he would spend the week in East Memphis ... trying to get his grades up."

The film shows O.C. living with another coach in an affluent part of the city, receiving tutoring there — because tutors, the coaches were concerned, wouldn't come to O.C.'s neighborhood in North Memphis.

"Mike Ray, the volunteer coach that O.C. lived with, and Bill searched around and tried to find a tutor that would go to North Memphis, [but] they couldn't find anybody," Lindsay says. "For them the logical next step was, 'Well, he can just live with us.' "

Lindsay says his and Martin's initial intent was to explore the coaches' motivations for volunteering and offering this kind of assistance.

"It just very quickly revealed itself to us that it wasn't anything other than, 'This seems like the thing to do,' " Lindsay says.

In addition to O.C., the film profiles Montrail Brown, known as "Money," a smart and thoughtful player who also has big dreams. In some ways, he's at the emotional core of the film.

"Money was one of the first people we met when we went there to look at doing the story of O.C.," Lindsay says. "We walked in the school with Bill, and Money was waiting by the locker room for Bill to open it up so they could go into the weight room. He was the only player there."

Interested, Lindsay and Martin spoke with Money, who invited the filmmakers to his house and gave them a tour. At one point, Money takes them to the side of the house where he shows off his pet turtles.

"This is my favorite animal, actually. ... Turtles is like a human being to me," Money says. "Cause it's like, they gotta be hard on the outside, but they're really soft on the inside. Y'know, just skin and bones."

To capture intimate moments among players and coaches, Lindsay and Martin scaled down their production and tried to integrate themselves into the community during the nine months they spent in North Memphis.

"T.J. and I were the crew," Lindsay says. "We didn't hire a sound mixer, a boom operator. We were so small, I think, quickly people just forgot that we were there. We became an extension of the team."

"Funny enough, even three months in the process one of the kids came up to us and said, 'So who's gonna play me in the movie?' " Martin says. "We said, 'No, no, this is the movie. We're making the movie.' "

Lindsay says that sometimes their approach came with disadvantages.

"The local news would come to do a story on O.C. with their bigger cameras, big mics," Lindsay says. "[The players would] look at us like, 'Hey, I told you those guys didn't know what they were doing.' "

Race, inevitably, is a dynamic at work in a film about a white man coaching at an all-black school. But Lindsay and Martin say they were careful to let the experiences of those in the community shape how they explored the questions that arose.

"The racial dynamic wasn't something that anyone ever talked about on the team," Lindsay says. "Bill happened to be white, but he was their coach, and it happened to be an all African-American school. They were his players, and it wasn't something that anyone really talked about or cared about. We were never going to bring that up in the film, because that's not what their experience is."

Martin explains that with this film, they wanted to focus on people rather than issues.

"That said, we never shied away from showing the kind of class dynamics and the race dynamics in that community," Martin says. "If you get swept away in the personal story and the human-interest aspect of the story, we're hoping that at the very least it actually inspires a greater dialogue about race and class issues after the fact. Hopefully, it's just the beginning of that conversation."