Accessibility links
The Mark Lanegan Band: Extra Grit In "The Gravedigger's Song," Lanegan's raspy croak is without a doubt his most valuable asset. 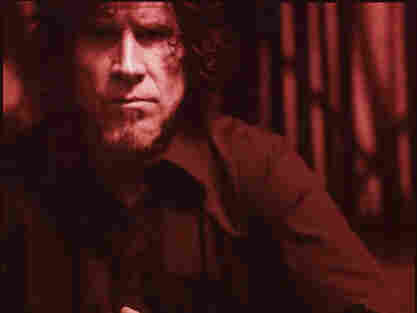 In "The Gravedigger's Song," Mark Lanegan's raspy croak is without a doubt his most valuable asset. Sam Holden hide caption

In the days since he parted ways with his former bandmates in Screaming Trees, Mark Lanegan has spent about as much time working as a guest artist or collaborator as he has on his solo records. It's no great mystery why he seems to exert a gravitational pull on other singer-songwriters: He has a gnarled, craggy voice which is instantly recognizable, and which adds an undercurrent of darkness to anything it touches.

Arguably Lanegan's most notable collaborations to date have involved Isobel Campbell and Queens of the Stone Age. With Campbell, he writes ornate, rustic country-folk, his weathered howl acting as a foil to Campbell's delicate vocals, while with Queens of the Stone Age he adds extra grit to the band's thunderous desert rock. His solo work tends to fit into one of these two categories, and "The Gravedigger's Song" falls firmly at the heavier end of his spectrum.

A constant, rolling drum beat and a pulsing bass line form a surging current beneath Lanegan's crusty, doom-laden vocals. It's unclear whether it's intentional or just the result of wear and tear, but whenever he sustains a note, Lanegan's voice takes on a trembling quality: Never wavering quite enough to change pitch, it's just perceptible enough to add yet another layer of weariness. Lanegan's raspy croak is without a doubt his most valuable asset as a singer: It has an entrancing quality that makes whatever he's singing all the more intriguing. As Josh Homme, his frequent partner in Queens of the Stone Age, once put it, "If Mark sings about toothpaste, I want to brush."