Accessibility links
A Colleague Remembers: 'Intrepid Storyteller' Anthony Shadid NPR foreign correspondent Quil Lawrence recalls his friendship with the New York Times reporter, who died Thursday at age 43, and the passion and sincerity that made him such a brilliant reporter.

I met Anthony Shadid on a ruined airstrip in western Afghanistan in the winter of 2001-'02. He was sporting a beard and longer hair in those days that made him look a little like a crusading Arab warrior. We spoke briefly and exchanged a few bits of useful news about the place. As I recall his face now, I realize Anthony's secret: His sincerity was piercing, disarming and infectious.

Over the next decade, I got to watch Anthony's genuine curiosity overcome the suspicions of refugees, ambassadors and warlords, as he soaked up their stories and rendered them with great generosity of spirit. His writing could inspire kinship between Americans from his native Oklahoma and the terrified people of Baghdad, the demonstrators in Cairo, the rebel fighters in Libya and Syria.

The year after we met in Afghanistan, I saw Anthony in Washington, D.C. — he was just back from a stint in Israel and the Palestinian territories. I asked him how it went, and he replied with unfeigned nonchalance, "Not that good. I got shot."

Anthony had been reporting in Ramallah in 2002 and took a bullet in the back of his shoulder. He believed it was fired by Israel Defense Forces. The wound was complicated because Anthony refused to leave Ramallah unless his Palestinian colleague could cross the checkpoint with him. Over the years, Anthony was beaten and abducted while covering the news. He knew he was taking risks. But he also knew (though his unassuming nature would have never let him say it) that he was fulfilling his life's mission, explaining the Arab world to Americans with a fluency and empathy perhaps no other reporter could match.

When the attacks of Sept. 11, 2001, brought America crashing into Afghanistan and then Iraq, work took him away from his family. As his marriage ended, he talked about how much he missed his daughter and wanted to show her the places he cherished in the Middle East, especially Lebanon. He set up a base in Beirut and started a labor of love that became his last book, House of Stone, which is due out next month.

The book details Anthony's restoration of a house in his grandparents' village in south Lebanon. I visited him while he was at work on the project in 2008. Even though it took special permission from the military to get south of the Litani River, Anthony was in heaven — grilling fresh trout, drinking beer in the sun. He showed us around the house's dirt cellars and ruined foyer and talked about making it beautiful again. The task was herculean, as was the book. In typical Shadid fashion, he wrote twice as much as his publisher expected, and spent the next year or two wrestling it down to size. 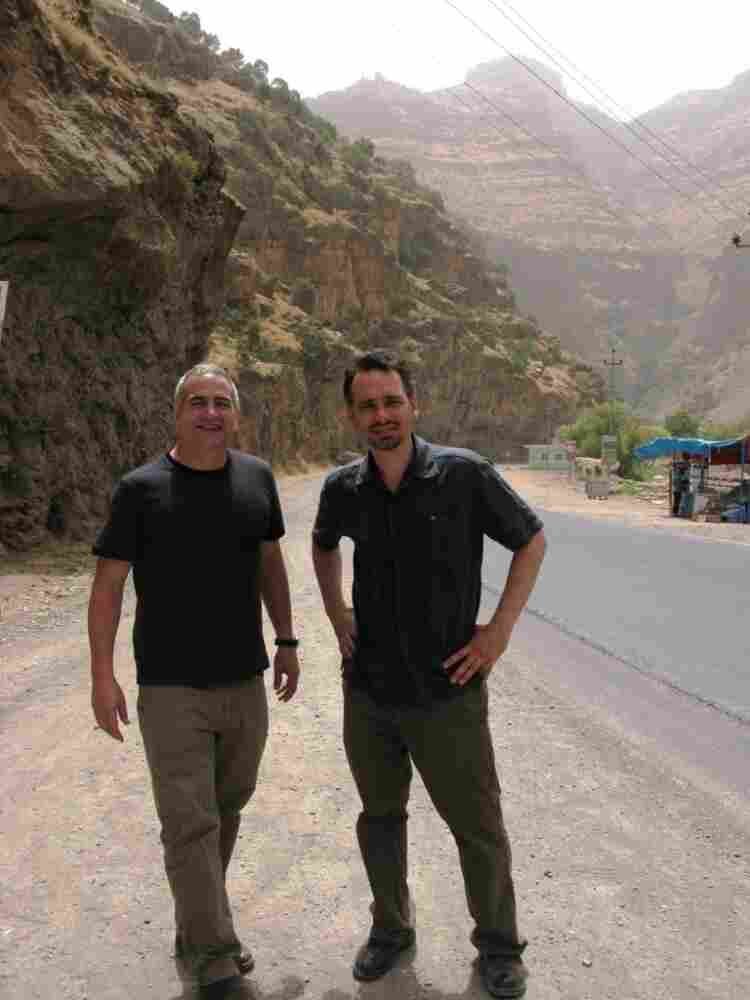 Quil Lawrence met Anthony Shadid in Afghanistan in the winter of 2001. Here, Shadid (left) and Lawrence are seen on a trip to Iraqi Kurdistan in summer of 2009. Quil Lawrence/NPR hide caption 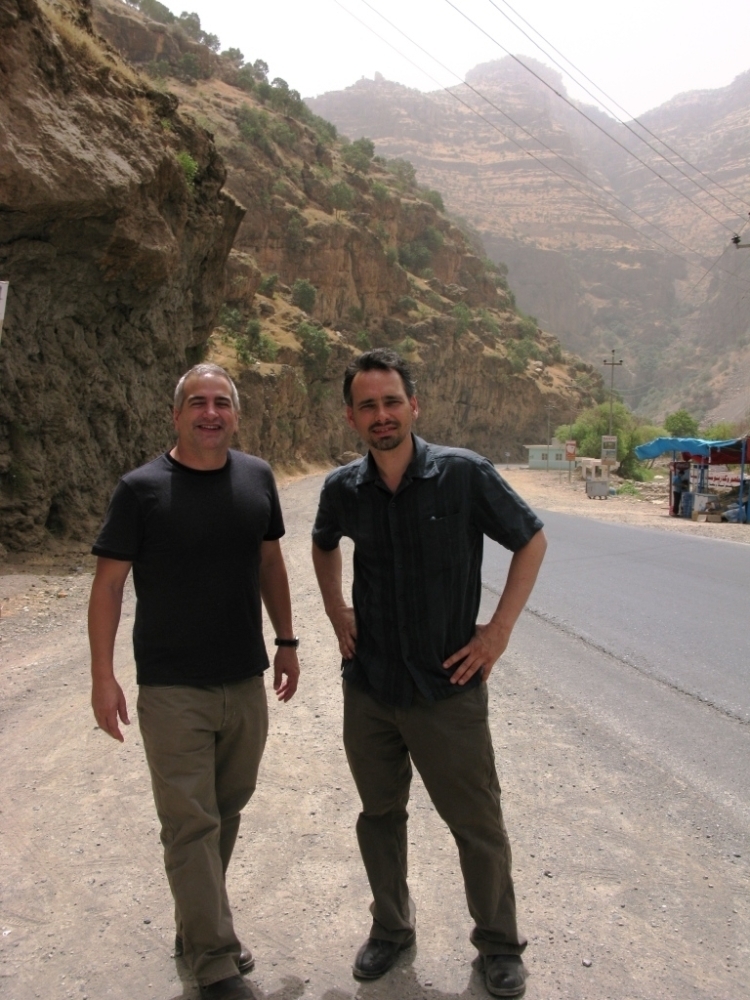 Quil Lawrence met Anthony Shadid in Afghanistan in the winter of 2001. Here, Shadid (left) and Lawrence are seen on a trip to Iraqi Kurdistan in summer of 2009.

Unlike many of us Americans passing through the Middle East — even for a decade — Anthony was making his home there. I shared a house and bureau with Anthony in 2009 in Baghdad, a decrepit building next to the Hamra Hotel, which had already been bombed twice by that time. Anthony had remarried, and his new wife, Nada Bakri, accompanied him to Baghdad, where they both worked for The Washington Post. They lived a sort of honeymoon there, and though they didn't own up for a while, Nada walked around with a smile all the time that left little doubt: They were expecting. Their son, Malik Shadid, was born the following year.

Working alongside Anthony that year was rewarding and hilarious. He never tired of discussing Iraq and America, and he gave information as freely as he consumed it. I feel blessed to have spent long hours talking with him about the events over a few bottles of wine. He loved poker and lost reliably at our quarter-ante game of Hold 'em. He was a softy, and the Post's entire Iraqi staff knew it. I've never met a man who knew so much and presented his knowledge in a more humble and generous manner.

And now I feel a horrible loss of a dear friend. I had long planned to visit him at the restored house in Lebanon, and listen to his unassuming but sure to be brilliant impressions of the Arab Spring, which for Anthony was the story of his life.

With no hyperbole, I feel almost as much sadness for the world that it is deprived of such an intrepid storyteller, faithful reporter and enthusiast for America and for the Arab world. I wonder who can ever take his place.