Accessibility links
Kansas City's Failed Schools Leave Students Behind On Jan. 1, the Missouri state school board revoked the Kansas City district's accreditation. Now parents have a difficult choice: struggle to afford parochial or private school, move, or keep their children in a system that's been labeled a failure. 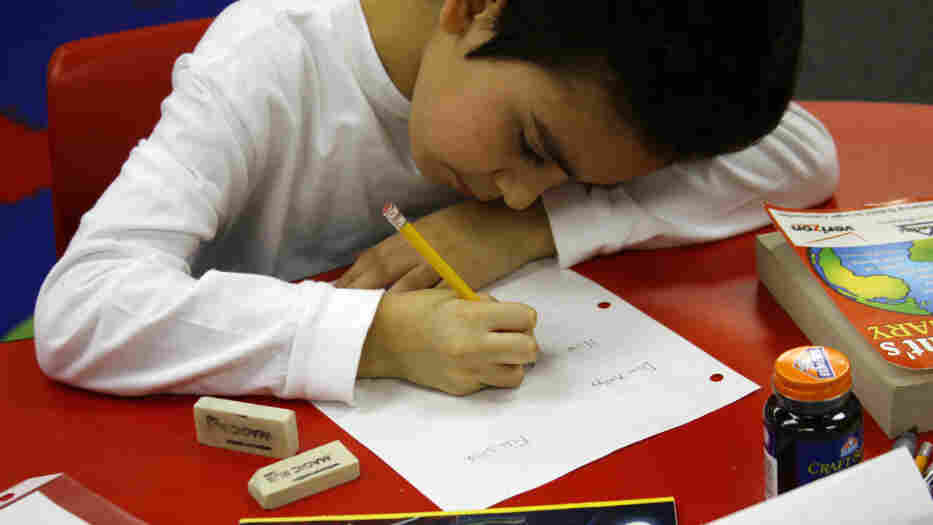 On Jan. 1, the Missouri State School Board revoked the Kansas City public school district's accreditation. Now parents have a hard choice to make: leave or keep their children at a failed school? Tom Bullock/NPR hide caption 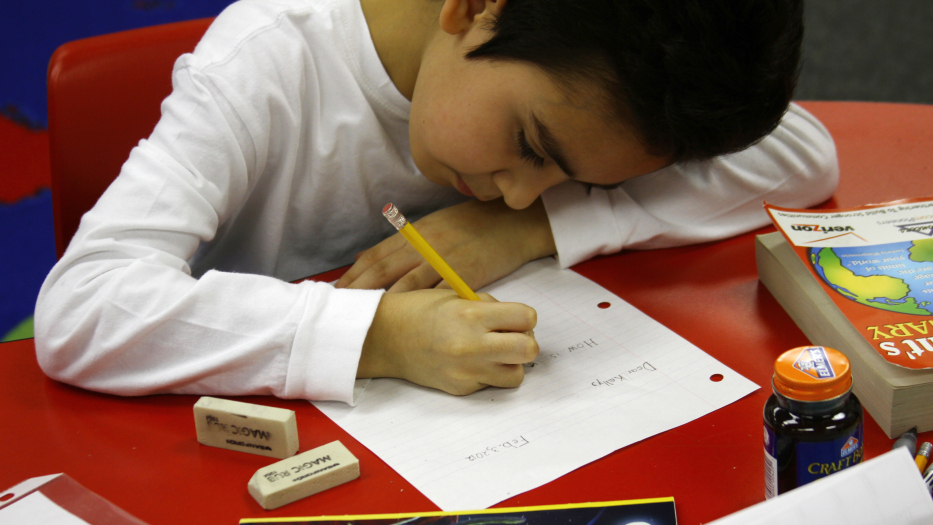 On Jan. 1, the Missouri State School Board revoked the Kansas City public school district's accreditation. Now parents have a hard choice to make: leave or keep their children at a failed school?

On a recent wintry day, Kansas City eighth-grader Yak Nak sat before a Missouri state Senate committee. He was there to tell lawmakers why his family had sacrificed to send him to a parochial school.

"Even though it was a struggle for my family, the reputation of the public schools in my area was not as good as my parents would have hoped," he said. "They knew there was no time to waste when dealing with young minds, and education was more valuable than any money they could save."

Consider this: Yak Nak and his family are refugees from Sudan.

On Jan. 1, the Missouri state school board revoked the Kansas City district's accreditation. The district met just three of the 14 standards established by the state, falling short of minimum proficiency standards for math, English and science, as well as attendance and graduation rates.

State law allows parents living in Kansas City's public school district to move their children to neighboring schools. Those parents have a difficult choice: struggle to afford parochial or private school, move, or keep their kids in a system that's been marked a failure.

Dropout Has Thanks, Not Blame, For Teacher

The Decline Of A District

Lifelong Kansas City resident and former school board member Fifi Wiedeman thinks she can trace where the district began to decline.

"My father was a real estate appraiser, and he saw what was happening in the '60s," she says. "In 1969, when the Kansas City Star announced that the district was now half black, I remember him saying, 'That's the end.' "

Wiedeman's father foresaw the departure of white families from the city to the suburbs, taking their children out of Kansas City schools.

By the mid-1980s, Kansas City had a few good public schools in mostly white, middle-class neighborhoods, and some badly performing schools in poor, minority neighborhoods. In 1985, a federal district judge took control of the district and ordered that nearly $2 billion be spent to bus students and integrate and improve the schools.

The district went on a binge, building 15 new schools, shrinking class sizes, raising teacher salaries — even adding an Olympic-size swimming pool, a robotics lab and a 25-acre wildlife sanctuary — to try to bring middle-class families back.

Schools Closed 'With No Real Plan'

Southwest High School has a roster of famous alumni, including Calvin Trillin and the founders of H&R Block. The district built a planetarium for this school, but those middle-class families wanted better test scores, not bright stars. The school district continued to shrink, from about 77,000 students in the 1960s to fewer than 16,000 today.

To reduce costs last year, the district closed almost half the schools in the city. Now boarded-up schools sit in almost every neighborhood like dead brick dinosaurs.

Some schools, like Southwest High, were merged, raising enrollment dramatically, maybe even dangerously. Southwest swelled from 500 students to 1,800 "with no real plan," Wiedeman says. "It was bound to explode."

It is a definite signal of alarm and concern.

Instability inflamed many problems. Andrea Flinders, president of the Kansas City teachers union, can list the school superintendents she has known over the past decade.

"Going backwards: We have Green, then there's Covington, Coleman, Amado, Taylor, Garcia, and then I might have met some others," she says.

Each new superintendent brought new systems, goals and assistants, Flinders says, which created confusion and institutional chaos. Superintendent John Covington won public support to close those Kansas City schools, then abruptly resigned at the start of this school year to take a job in Michigan.

As the district's scores threatened to go even lower, the state pulled accreditation.

"Accreditation is the state's way of saying that we're putting you on notice — that you have two years to get this matter corrected," says Stephen Green, the interim Kansas City superintendent. "It is a definite signal of alarm and concern."

The Martinez family lives in a handsome home on a hill in the Coleman Highlands neighborhood. It's the kind of secure and cheerful home where children's paintings are framed, and their playmates come and go through an unlocked back door. The Martinezes have two children in the Kansas City district and would like them to stay there.

Susan Martinez says she and her husband watch for warning signs, such as good teachers leaving or their children coming home upset.

"We scratch our heads and ask ourselves all the time if we're doing the right thing by leaving them in a district that has so many issues and troubles," she says.

Uzziel and Adriana Pecina, friends of the Martinez family, have four youngsters in Kansas City public schools. They say they're committed to keeping them there.

I get asked a lot, 'Well doesn't your school do that? Our schools do that.'

"We think there's some things here that we should fight for," Adriana says. "Because if we all run away, we'll never fix the problems."

But one of the Pecina kids, high school sophomore Ximena, is more transparent about her worries. She says she has had to say goodbye to friends.

"Many students are leaving. There's kids saying, 'Oh, well, I'm going to this private school. I'm going. I'm actually moving out of this state; I'm going to Kansas,' " she says. "And it's tragic."

She wonders sometimes why her family is sticking with the public schools.

"I have cousins and a lot of friends that aren't part of the district. I get jealous at times. I get asked a lot, 'Well doesn't your school do that? Our schools do that.' And I get asked questions that just make me feel really sad. And they make me feel like I'm part of a school that doesn't really have anything. Like, I feel really poor."