Accessibility links
First Listen: Dirty Three, 'Toward The Low Sun' Toward the Low Sun functions as the moody, conflicted soundtrack for a storm-swept journey where getting lost is part of the plan.

Toward the Low Sun 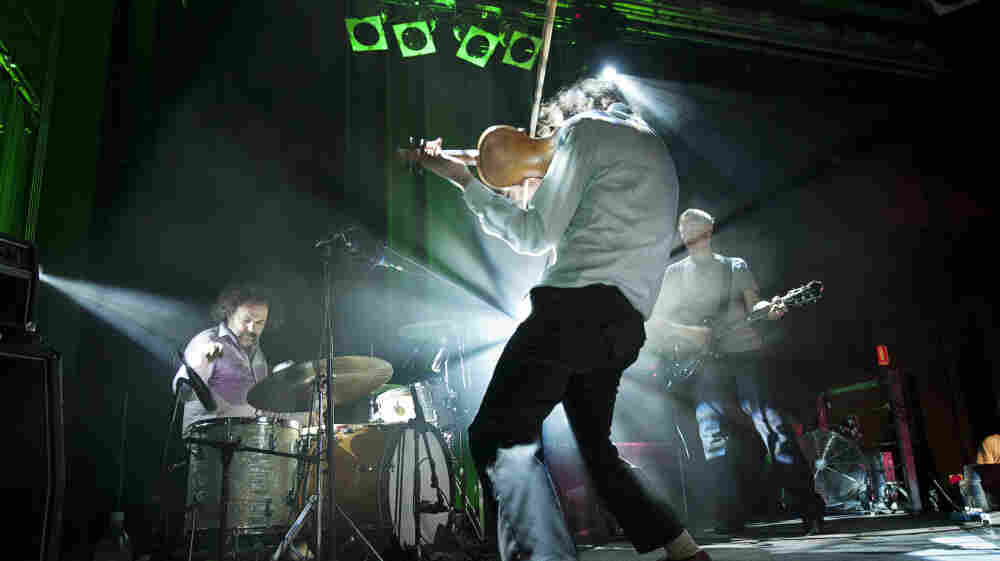 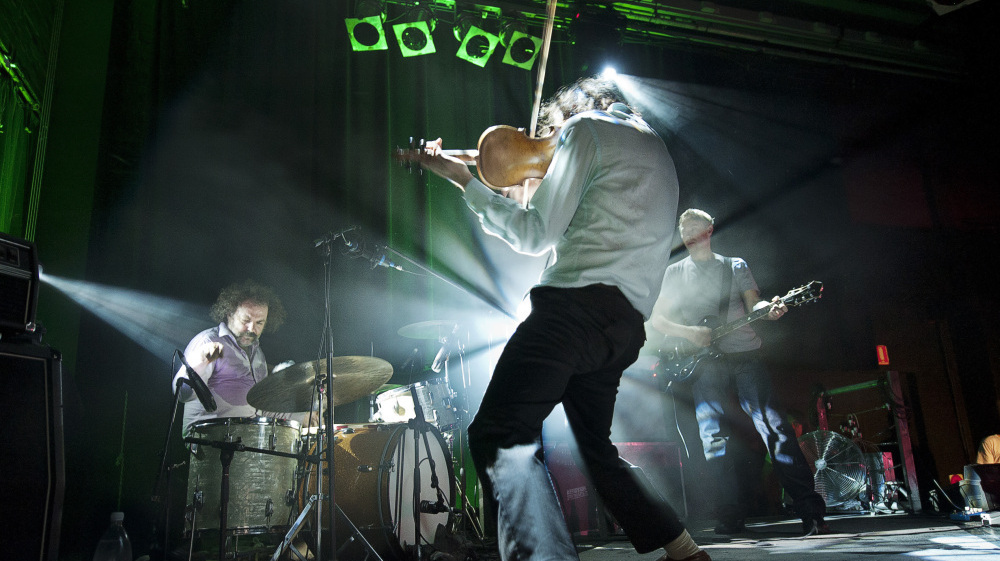 For a band with no lyrics, Melbourne's Dirty Three evokes a broad and complex array of human emotions. Violinist Warren Ellis, guitarist Mick Turner and drummer Jim White each carry equal weight in the group's music, and each lends a distinct personality: As Dirty Three's most gregarious figure, Ellis plays the instrument most conducive to showy flourishes and displays of heartsick emotion, but Turner and White provide the bones and sinew that keep him standing. White's drum patterns skitter around the edges of rhythms, lending the band's music a portentous air of uncertainty, while Turner's guitar flows around him like blood. All are crucial: Each is capable of functioning as an instantly identifiable lead voice (even when performing outside the band), but when the three play together, the emotions they conjure can be overwhelming.

Toward the Low Sun, out Feb. 28, is Dirty Three's first album in seven years — Ellis has been working with Nick Cave and Turner has put out some marvelous solo work, while White made a brilliant 2007 record with Nina Nastasia, among other projects — and it sounds more haunting and haunted than many of its predecessors. Right off the top, "Furnace Skies" forgoes the soaring beauty of Dirty Three's ballads in favor of a kind of low, foreboding, vaguely ugly rumble. From there, Toward the Low Sun works for its moments of cathartic beauty instead of letting them come easily in each track. But when they do arrive, as in the gorgeous pairing of "The Pier" and "Rain Song," they hit harder for the troubled-sounding textures that surround them. Ellis and Turner each lend a bit of piano work, in "Ashen Snow" and elsewhere, and it only adds to the moody beauty throughout.

Any band playing wordless music with such emotion is bound to find its thematic intentions open to interpretation, but each Dirty Three song title expresses a tiny universe of context — "Sometimes I Forget You've Gone," "You Greet Her Ghost" — to help chart an inevitably nonlinear course. But that's what Dirty Three's music is all about: functioning as the moody, conflicted soundtrack for a storm-swept journey where getting lost is part of the plan.