Accessibility links
First Listen: Robert Glasper Experiment, 'Black Radio' Black Radio is an album-length statement about the durability of substantive music, and about the possibility of black-origin popular music. It's the product of a band with a jazz pedigree, a Rolodex of R&B and rap stars, and all ears to the street. 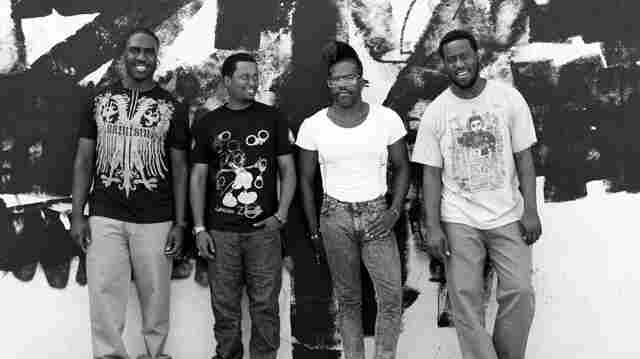 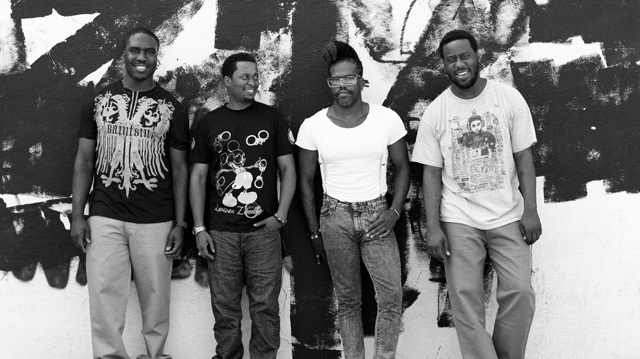 Mike Schreiber/Courtesy of the artist

In the title track of Black Radio, Yasiin Bey (nee Mos Def) muses on the supposedly indestructible "black boxes" recovered from commercial airplane crashes. It's a metaphor for the durability of substantive music, even in a turbulent time for the recording industry.

Of course, Black Radio is a record on which every performer is African-American, and it blares sonic signifiers of hip-hop, R&B, soul, funk and jazz at every turn. So, yeah: There are overt hints of an alternate meaning, one about pride and possibility in the tradition of black-origin popular music.

You wanna fly free, go far and fast
Built to last, we made this craft
From black radio

The Robert Glasper Experiment is uniquely qualified to handle this blues continuum with care. All four members — Robert Glasper, keys; Casey Benjamin, sax and vocoder; Derrick Hodge, bass; Chris Dave, drums — come from deep, inducted-into-the-fraternity jazz backgrounds. But in this group, they all treat "jazz" more as verb than noun, which has allowed them to freely and frequently collaborate with rappers, singers and other unclassifiables of talent. Like The Roots as the house band of Late Night With Jimmy Fallon, the Experiment has become a model of versatility, open-mindedness and general good music appreciation; it, too, has become one of America's premier black-music jam bands.

If there's a unifying element here, it's a quality of feeling "organic." Black Radio sounds like it was sung, spoken and played by gloriously imperfect human beings, striking real acoustic pianos and snare drums and bass guitars with hard-won finesse. It's a quality of sound which has largely disappeared in contemporary hip-hop and R&B radio — i.e., the type of radio largely marketed to black people who live in cities. But Glasper and his cohorts make the case that music which will endure in the future can have a spot in the rotation now.