Accessibility links
'King Peggy': A Cinderella Story — With A Twist In her new book, Peggielene Bartels describes going from secretary at the U.S. Embassy to king of a fishing village in Ghana. Dividing her time between Otuam and Washington, D.C., she straddles two cultures — and says she loves every bit of it. 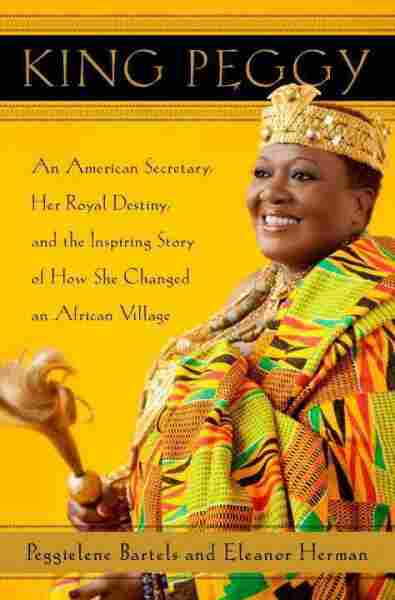 An American Secretary, Her Royal Destiny, And The Inspiring Story Of How She Changed An African Village

by Peggielene Bartels and Eleanor Herman

Title
King Peggy
Subtitle
An American Secretary, Her Royal Destiny, And The Inspiring Story Of How She Changed An African Village
Author
Peggielene Bartels and Eleanor Herman

There's an unlikely new leader in West Africa. Three years ago, Peggielene Bartels, a naturalized U.S. citizen and secretary at Ghana's Embassy in Washington woke to the news that she had been crowned king of Otuam, a Ghanaian fishing village.

She accepted the lifetime appointment, and now divides her time between Otuam and Washington, D.C. She describes herself as a "commuter king" and chronicles straddling two cultures — and lives — in a new book, King Peggy: An American Secretary, Her Royal Destiny, and the Inspiring Story of How She Changed an African Village.

"I love every bit of what I'm doing," she tells NPR's Rachel Martin — but that doesn't mean that the transition has been entirely smooth.

Bartels had to quickly and forcefully let tribal elders know that despite being far away and female, she had every intention of taking her position seriously — and being taken seriously in turn.

On how the kingship has changed her

I don't let it get to me. I always want to be humble. It's as my mom said, "You have to be humble wherever you go." This rings in my ears. Being a king — if I go to Africa, they pamper me ... [but] I look at myself as an individual, who I was before I became a king.

On how her background prepared her 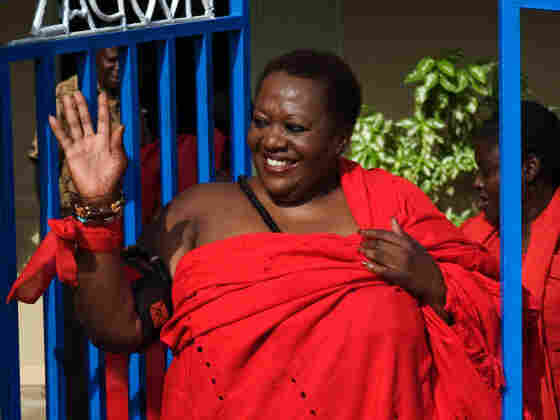 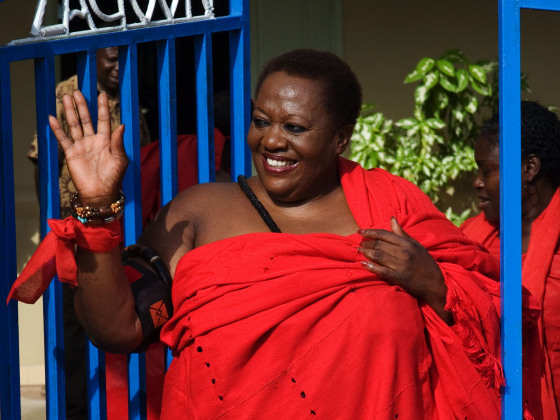 Peggielene Bartels, whose official title is Nana Amuah-Afenyi VI, is the first woman ruler of the fishing village of Otuam, Ghana.

On changing the village's perception of women

They are beginning to accept me for who I am, whether I'm strict with them, whether I do or don't see their views ... The women are trying to understand me [and that] as a woman you can do a lot. You don't have to sit down and think that you have to wait for a man to succeed in life. If I am a woman and I am doing this, they can also do it. I also talk to the women and say, "If you are being butchered or battered by a man, don't take it because you can do a lot for yourself." The [men] look up to me highly ... even more than the females. The youth come to me and say, "Nana, with all the male kings we've had, none of them have been so generous and helped us the way you have helped us." ... The men come to me as a mother, as a sister and as a missionary.

On realizing her own strength

I didn't realize I had the strength. The strength that I'm having right now, I tell people, it's not just my own strength it's a strength from God and from my ancestors, I pray for it. I pray, "God, you have sent me on this mission. And you have to lead me because you have helped me and led me all my life. I left home as a teenager to go to England to go to school. I was by myself and nothing happened to me ... I've grown up to be a woman, and you are still leading me. So lead me." My strength is not just me. I have supernatural beings helping me. I feel it. I know it. 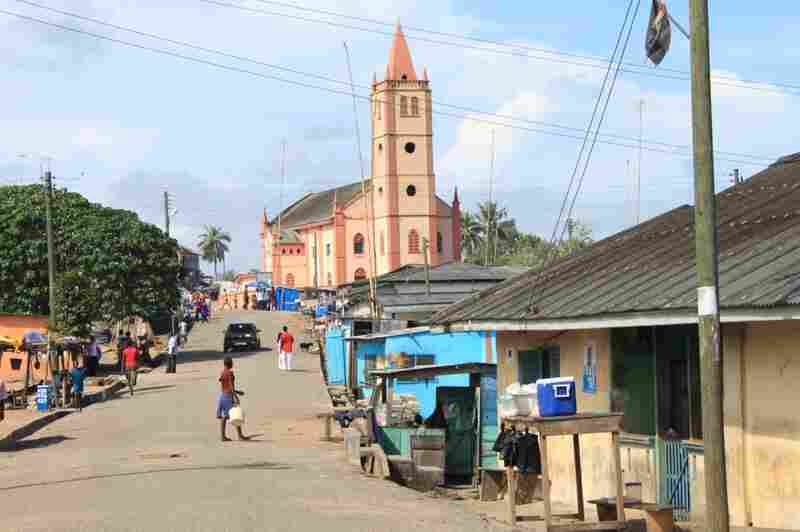 Part of me, being an American is a Yankee [can]-do-it [spirit] ... In Ghana, most Ghanian women don't speak back; they have to be really quiet when males speak. Me, I've been here [in the U.S.] a long time ... And that helps me. I have two worlds. America helped me be a go-getter and help [the villagers], and the African part helped me be really, really humble to help them.

The biggest lesson I've taken away is that I can't argue in public. Before, if you stepped on my toes, I would step on yours three times ... you could never disrespect me and get away with it. If we have to argue for three days, we'll argue for three days. But these days ... I have wisdom. I look at things with a different perspective. You have to take people for who they are. If they disrespect you — maybe they don't know they are disrespecting you. [But] before, [if you said] something, without knowing what you were saying? Peggielene would really chew you [out]. It's not like that anymore.

Read an excerpt of King Peggy