Accessibility links
'Awake': Can A Risky New Drama Break A Streak Of Bad Luck? Kyle Killen, the man who wrote the new drama Awake, was also behind the Mel Gibson flop The Beaver and the critically hailed but quickly cancelled Lone Star. Can he change his luck? 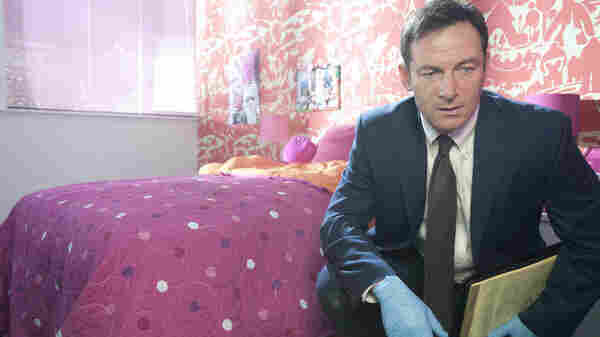 This piece was not my idea. It was Linda Holmes'. If you're reading this blog, you probably share my regard for her take on popular culture. So my ears pricked up when she suggested I look into doing a radio piece on Kyle Killen.

Killen created a new NBC show, Awake, premiering Thursday, March 1, at 10.p.m. (NBC has the pilot online early as well, for those who don't want to wait.) It's a densely plotted drama about a middle-aged police detective who's been in a car accident with his family. When he wakes up, he's caught between two devastating realities. In one, his wife has died and his son has survived. In the other, it's only his son who lost his life. 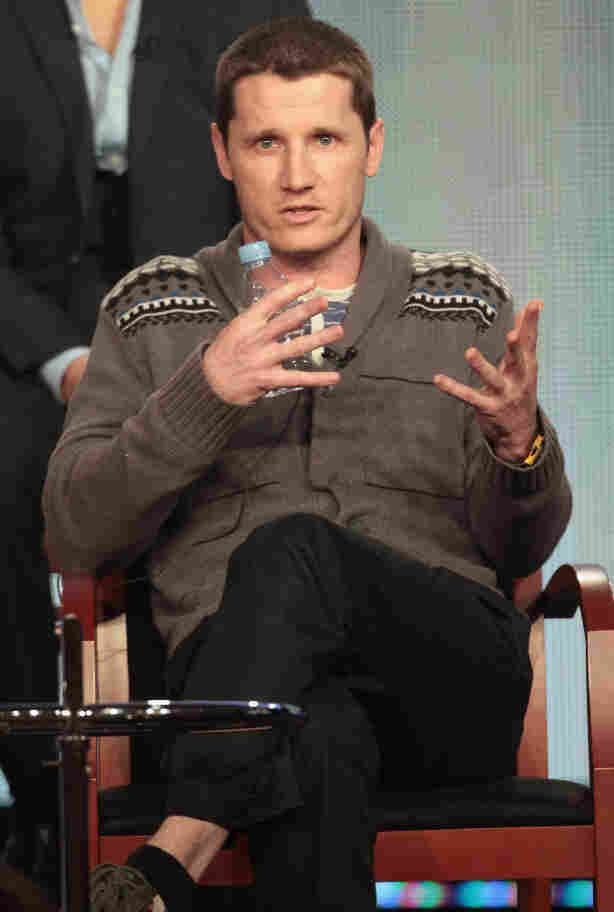 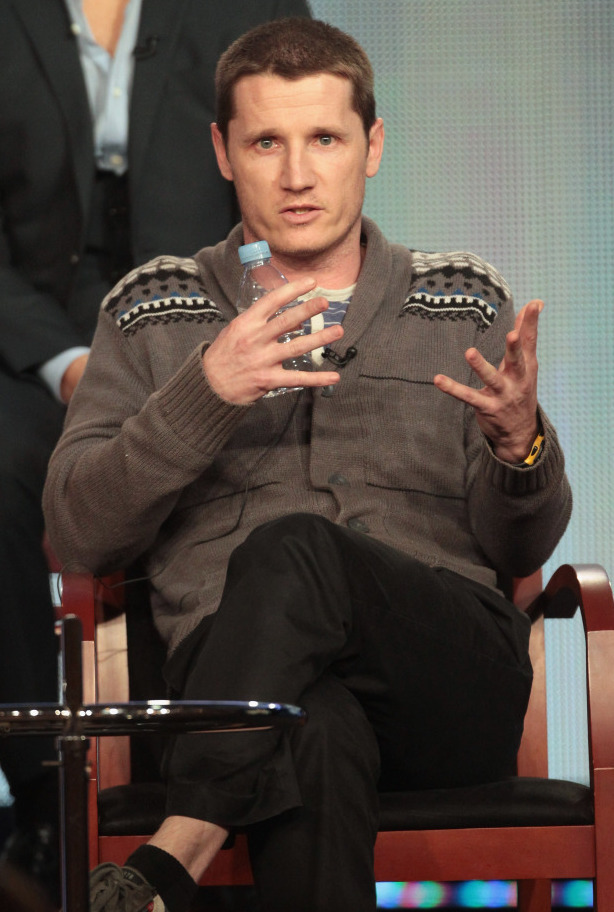 Executive Producer Kyle Killen speaks onstage during the Awake panel during the NBCUniversal portion of the 2012 Winter Television Critics Association Tour on January 6, 2012.

"You can't make good TV by committee," Killen said when I asked about the problems inherent in making and selling intricate, relentlessly somber dramas. "Somebody has to be following their own north star. And mine has certainly led to places where there are not a lot of people there."

Killen's first movie was directed by a big-deal actress and starred an even bigger actor. But The Beaver, as you probably know, was an epic flop for Jodie Foster and Mel Gibson. But it led to Killen's next flop, which immediately won the hearts of TV critics. The Fox show Lone Star was a darkly complicated drama about a con man balancing two lives as well as dealing with the wiles of his flimflam artist father. In Linda's words, it was "one of the very few --perhaps the only well reviewed network pilot for the fall 2010 season." But nobody bothered to watch it. Lone Star got summarily yanked by the network after only two episodes.

I met Kyle Killen in an incongruous location --a Tudor cottage built on the Fox lot. It was originally constructed as an on-set home for Shirley Temple. Now, it's where Killen lives as he works on Awake. (On weekends, he commutes to his real home in Austin, TX, where his wife and children live.)

"I think we were all stunned and disappointed by the scale of that failure," he says now, about Lone Star's abrupt cancellation. But it's altogether possible Killen could fail again with Awake, says Bill Gorman, of the website TV by the Numbers.

"It's already going in with a lot of handicaps," Gorman says. He notes that it's a midseason replacement for a show with awful ratings, even by NBC's dismal standards.

"That can't be good," Gorman observes. "Is the show going to be successful? That's a really, really, really difficult timeslot for NBC."

Awake will be up against The Mentalist and Private Practice -- two highly rated shows on CBS and ABC. Now, if Awake were a novel or even a studio album, the stakes would not be as high. It would not cost a fortune to produce, or create work for scores of people, or be one of the last hopes of a network desperate for hits.

But the stakes are very high. And Kyle Killen has gotten chance after chance --partly because it's seemed as though his interesting failures hold more promise than uninteresting hits. He insists that keeping perspective is not a problem. (In fact, on Twitter, his profile says, "I wrote that show that got canceled and that movie you didn't see.")

"I was working construction not very many years ago," he says. "And ..at some point people will wake up and realize I'm still a guy who belongs over there, doing that."

Probably not. Even if Awake becomes the latest of Kyle Killen's interesting failures, the people who admire his career are still convinced he's off to a good start.