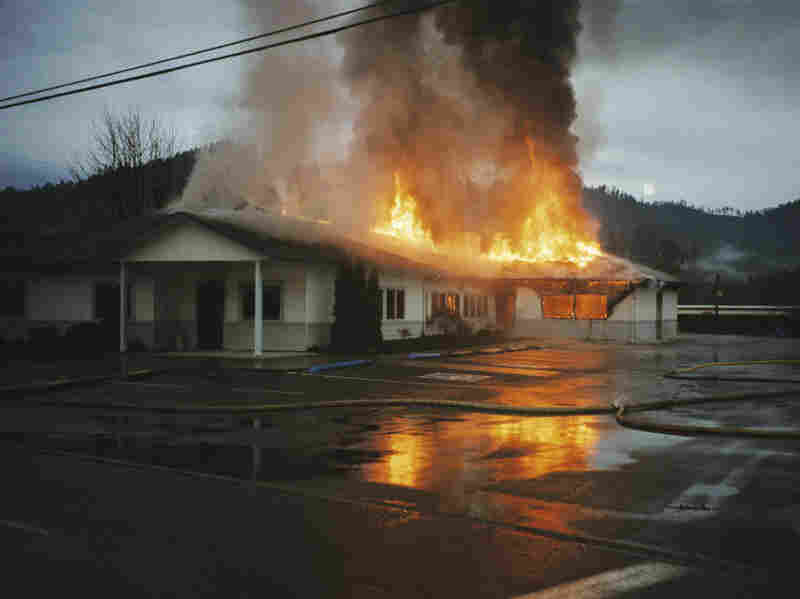 Members of the Earth Liberation Front were charged with arson in the 2001 Superior Lumber Co. fire in Glendale, Ore. Roy Milburn hide caption 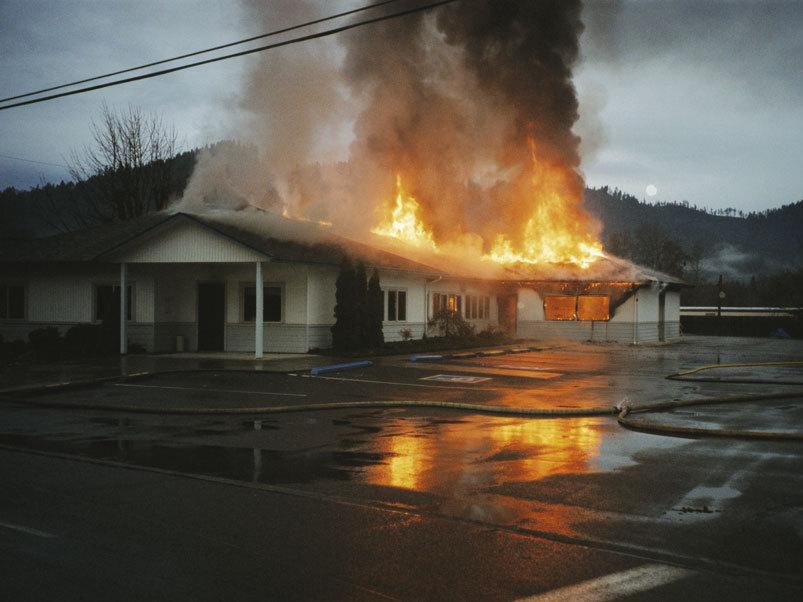 Members of the Earth Liberation Front were charged with arson in the 2001 Superior Lumber Co. fire in Glendale, Ore.

Before the Sept. 11 attacks, the No. 1 domestic terrorism threat in America — according to the FBI — was a radical environmentalist group. Between 1995 and 2001, members of the Earth Liberation Front operated in separate anonymous cells, committing acts of arson across the western United States.

The group targeted ski resorts, lumber companies, SUV dealerships and Forest Service ranger stations, causing millions of dollars in damage. In the documentary If a Tree Falls, director Marshall Curry tells the story of the organization's rise and fall.

"Part of the story," Curry tells NPR's Neal Conan, "is a look at a small ... faction of the environmental movement which became disaffected and began to feel like the democratic process wasn't working, and they needed to do more radical actions."

The film — which was nominated for an Academy Award — focuses particularly on why one member, Daniel McGowan, decided to use violence.

McGowan was arrested in December 2005 as part of a nationwide roundup of Earth Liberation Front members. And that's when Curry first happened upon this story.

Curry was working on another documentary at the time — Racing Dreams, which follows three young people with dreams of being NASCAR drivers. Curry's wife witnessed McGowan's arrest at her office.

When Curry began the project, he didn't know whether McGowan was innocent or guilty. McGowan — who grew up in Queens, N.Y., studied business in college and had rarely spent a night outdoors — didn't match Curry's concept of someone who might become a radical environmentalist.

"I'd talked to him before, a number of times," says Curry, "and you would never guess that he could have something like that in his past. And so that was kind of the initial question that drove the movie. It was: How did this happen?"

The other part of the film focuses on the morphing definition of "terrorism." The acts of arson committed by the group caused millions of dollars in damage, but no people were harmed.

"And to use the same word to describe al-Qaida, to use that same word to also describe [the Earth Liberation Front], they feel like that's just inappropriate," says Curry.

In McGowan's case, federal judges used a legal maneuver known as terrorism enhancement to allow the acts of arson to qualify as terrorism. McGowan is serving out a seven-year sentence at a highly restrictive prison known as a Communications Management Unit.