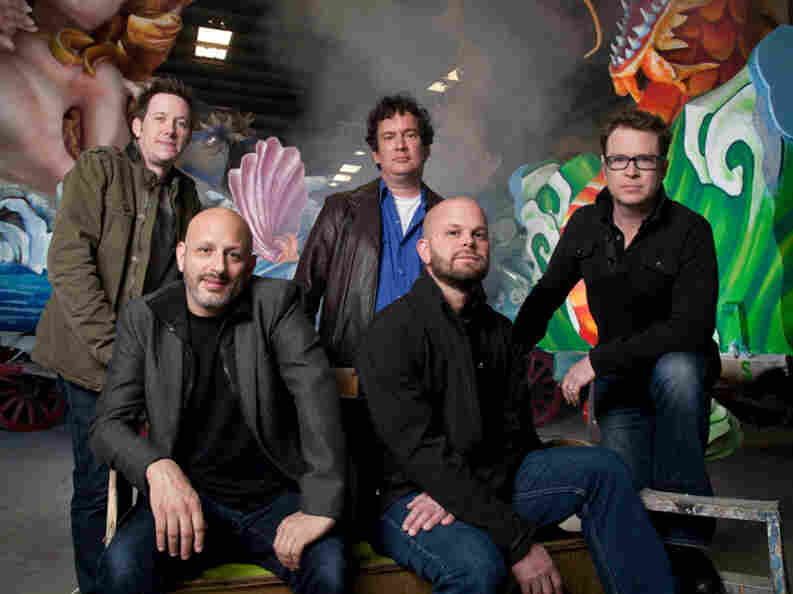 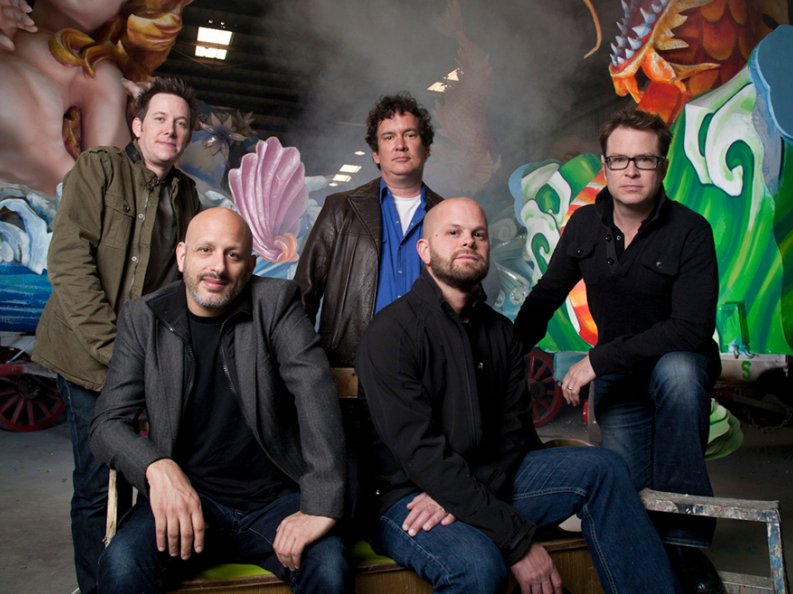 Get ready to dance, because it's Mardi Gras — a day to cut loose before Lent begins. In New Orleans, that means a day of parades, costumes and music everywhere you turn.

For the members of Galactic, Mardi Gras actually started on Monday, with an "annual gig that goes until the sun comes up at local club Tipitina's," saxophonist and harmonica player Ben Ellman says. For the long-running New Orleans funk band, it's one of the biggest gigs of the year.

Live Thursday: Galactic In Concert, With The Soul Rebels

"And then people go out and try to find the [Mardi Gras] Indians, or they'll line up for Zulu, or whatever early thing they want to do," drummer Stanton Moore says in an interview with All Things Considered host Melissa Block. "But some of our older friends have started getting wise, and they'll actually go to sleep early, like 8 or 9, wake up around 4 or 5 a.m., and then come see us bright-eyed and bushy-tailed."

On Galactic's new album, Carnivale Electricos, the band leads listeners through the whole day of Mardi Gras, which starts with "Ha Di Ka." The song features Juan Pardo from the Golden Comanche tribe of New Orleans.

"[Juan Pardo] just represents one of the many tribes of Mardi Gras Indians, and they spend all year making these beautiful, beautiful suits," Ellman says. "They come out a couple times a year and show off and parade through the streets and do their thing."

Moving down the parade route, "Karate" features the KIPP Renaissance High School Marching Band. For Moore, it was the marching bands that got him "interested in playing drums in the first place."

"My mom started bringing me to Mardi Gras parades when I was 8 months old. You know, [there are] pictures of me from that first Mardi Gras in a clown outfit," Moore says, laughing. "As I got a little bit older — 3, 4, 5 — I started to really be impacted by the drums coming down the street at the parades. I took note of the excitement that people would get from the drums coming, and you would hear the drums first when the band was coming down the street. I started hitting on everything I could find in the house. I knew about then that I wanted to hit on stuff for a living."

"When you're watching a parade go by and there's a 100-piece marching band walking by you, it's just extremely powerful," Ellman says. "There are always bass-drum players that if you're lined up on the street, they'll walk right by you and just bash the bass drum in your face. It's really exciting and powerful. And you can hear a lot of music Mardi Gras day; I mean, it's not only from parades, depending upon where you are. You'll hear Indians some places, you'll hear marching bands some places, you'll hear hip-hop all over the place, you'll hear Mardi Gras music — there's so much music."

The Mysterious World Of The Mardi Gras Indians

"People will set up their pick-up trucks or even box trucks," Moore says. "They'll put a box truck on the parade route and use that as their party headquarters, and sometimes they have small PAs blaring their music of choice out the back of these box trucks."

"Under the freeway overpass, too, you have DJs set up sound systems and such," Ellman says. "It's a party."

The whole city shuts down for Mardi Gras, and Ellman says it's hard to stay home.

"It's a Tuesday everywhere else, but in New Orleans, it's Mardi Gras," he says. "Everything's closed, the streets are packed, there are different kinds of parties everywhere, so I find it really hard to stay home. I never have."

All great things must end, though, so it's appropriate that Carnivale Electricos closes Mardi Gras with "Ash Wednesday Sunrise."

"You're spent, and you had a great time, but you're also sort of glad it's over because it's so exhausting," Moore says.

"Ash Wednesday is sleep, that's what it is," Ellman says. "Sleep all day."