Accessibility links
Should Valets Be Responsible For Drunk Drivers, Too? A Boston city councilor wants to enlist the help of valets in keeping drunken drivers off the road. "They are literally our last line of defense," says Rob Consalvo. But critics say that's too much responsibility for valets who, unlike bartenders, are not trained to spot intoxication. 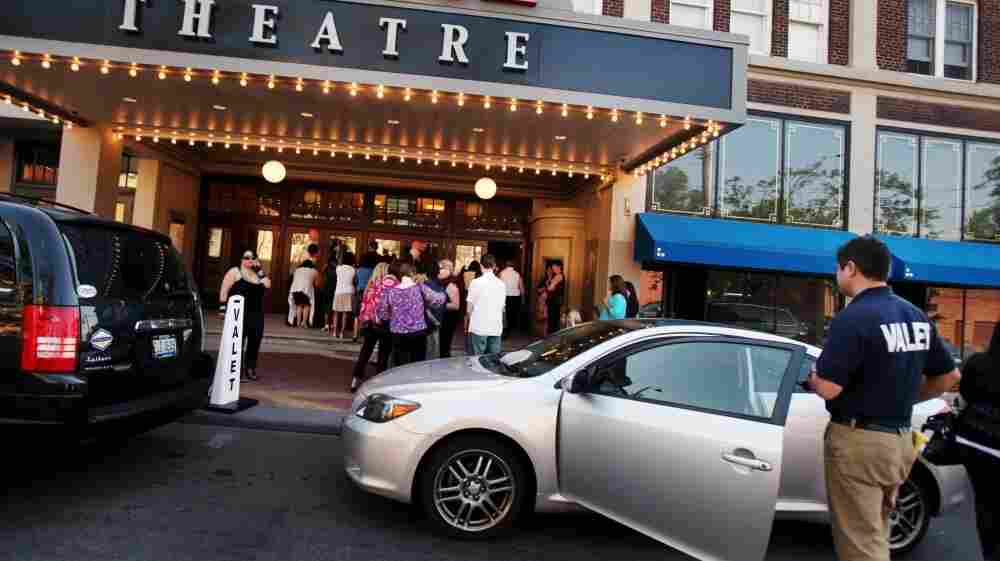 Bars and restaurants are already legally on the hook for stopping would-be drunken drivers. Some in Boston say valet parking attendants should be, too. Getty Images hide caption

That old public service announcement is pretty well ingrained these days: "Friends don't let friends drive drunk." But who else should be responsible for stopping would-be drunken drivers? Bars and restaurants are already legally on the hook. Some in Boston say valet parking attendants should be, too.

City Councilor Rob Consalvo says he decided something needed to be done after a 23-year-old on a scooter was mowed down by a drunken driver in Boston. The driver later said he was "blackout drunk" and couldn't believe that a valet guy actually handed him his car keys.

"I was stunned. I said to myself, 'Yeah, how could he have?' " Consalvo says.

He says it only makes sense that valet workers withhold keys from drivers who appear drunk. "They are literally our last line of defense," Consalvo says. "If not them, who? They are the ones with the cars and the keys. I just think it's a no-brainer."

In Boston, valets have more mixed feelings, and no one more so than Josh Lemay, an executive with Ultimate Parking who, as it turns out, was very close to the 23-year-old who was killed by that drunken driver. The young man babysat Lemay's kids.

"Me personally, I would do anything to avoid that circumstance from occurring ever again," Lemay says. "I mean, he was part of my family."

On the other hand, Lemay says, it's not practical — or fair — to put the onus on valets, who tend to be 18 or 20 years old and, unlike bartenders, are not trained to spot intoxication. They often have only a few seconds of interaction with a driver.

"I wouldn't want to personally have that burden put on me, especially if I'm just just opening a door and having them get into a vehicle," he says.

Lemay says his company tells valets to tell a restaurant manager if a driver looks drunk, and valets often do. But a teenager making minimum wage to run up and down the block for cars is the wrong person to tell a drunken driver he can't have his car back.

"I've had people, quite frankly, take a swing at me before by holding their keys," Lemay says.

That would be nothing compared with the legal assaults valets would face.

"You're going to have suit after suit after suit," says Dave Andelman of the Restaurant and Business Alliance. He says making valets get more training and more insurance would only drive up parking costs for everyone. And where do you stop, Andelman asks — should we deputize coat checkers to take away drivers' keys?

"You are sending a message to the individual, 'We'll take care of you like a baby,' not, 'You're an adult, and act like an adult,' " Andelman says. "It's not just nanny-state politics — it's crazy politics."

In Boston, drivers are also divided. Some, such as student Andrew Berg, bristle at the idea of valets sitting in judgment. "Their responsibility is to park your car in the garage while you eat dinner," Berg says, "not to police your sobriety or your ability to drive."

Careful With That Fire, Drinking And Litter: 70 Years Of The Ad Council's Advice

But as others, such as Josue Pavone, see it, enlisting valets or anyone else in a position to help is something we can't afford not to do. "Yeah, it's more money," Pavone says. "But hey, you can't put a price on life."

For his part, City Councilor Consalvo concedes there are still practical issues to work out, but in principle, he insists, it is everyone's duty to help stop drunken driving. A lot of the objections, he says, are the same ones raised decades ago when restaurants and bars were first held liable for not cutting off a drunken patron.

"It sounds crazy now because we don't do it, but it would work and it could be done, and I'm going to argue after six months it would just be like, 'Of course we do that,' " Consalvo says.

Ultimately, Consalvo says, there may well be more fights at the curb over who can drive. But most people would accept the offer of free overnight parking and a ride home — and might even be grateful the morning after.