Accessibility links
When There's More To Winning Than Winning Cory Weissman didn't get a chance to play much basketball before suffering a stroke during his freshman year at Gettysburg College. But as a senior, for at least one game, the ball was in his court. 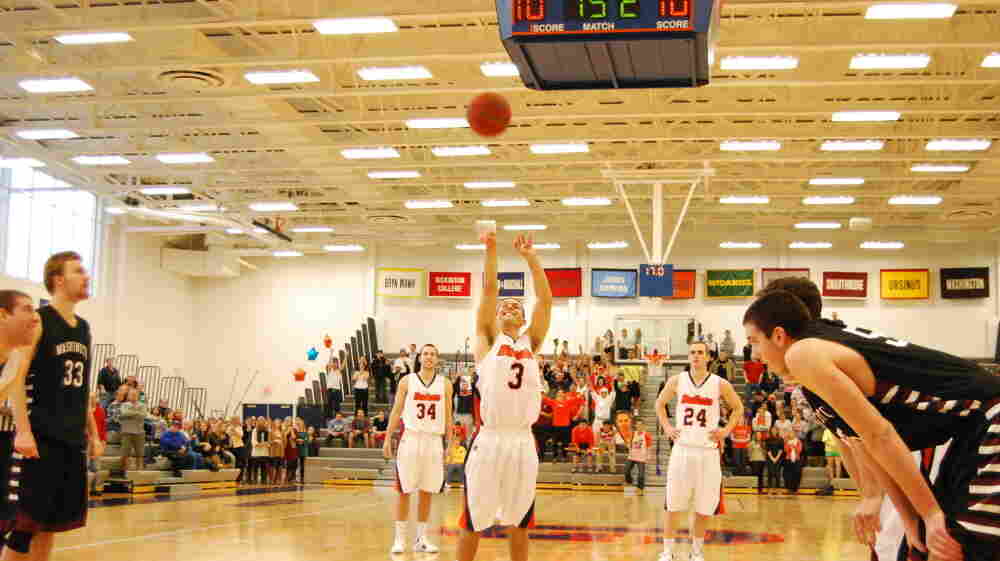 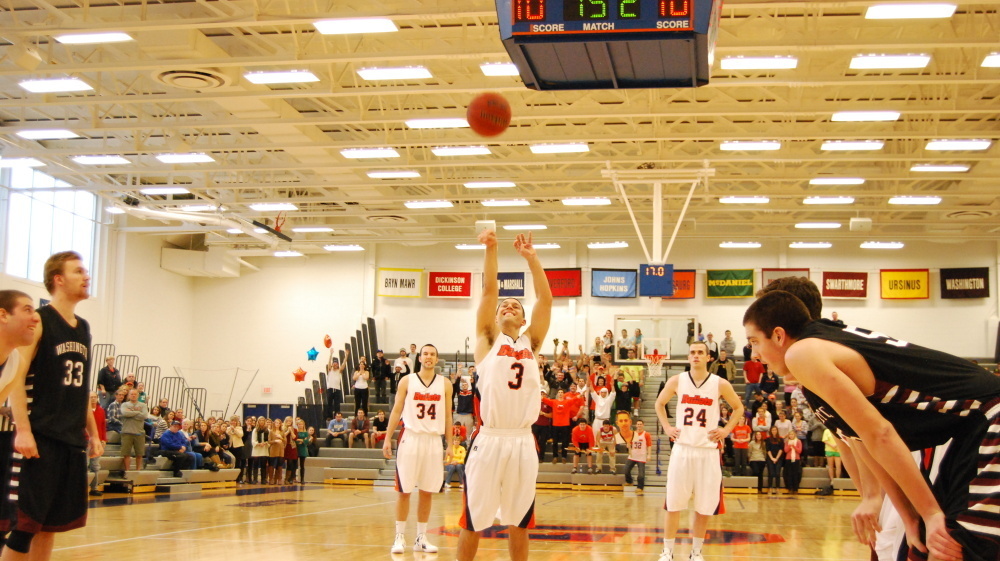 When last we left the NCAA, it was February madness, colleges were jumping conferences, suing each other, coaches were claiming rivals had cheated in recruiting — the usual nobility of college sports.

And then, in the midst of all this, the men's basketball team at Washington College of Chestertown, Md., journeyed to Pennsylvania to play Gettysburg College in a Division III Centennial Conference game.

It was senior night, and the loudest cheers went to Cory Weissman, No. 3, 5 feet 11 inches, a team captain — especially when he walked out onto the court as one of Gettysburg's starting five.

Yes, he was a captain, but it was, you see, the first start of his college career. Cory had played a few minutes on the varsity as a freshman, never even scoring. But then, after that season, although he was only 18 years old, he suffered a major stroke. He was unable to walk for two weeks. His whole left side was paralyzed. He lost his memory, had seizures.

But by strenuously devoting himself to his rehabilitation, Cory slowly began to improve. He was able to return to college, and by this year, he could walk without a limp and even participated in the pregame layup drills.

So for senior night, against Washington, his coach, George Petrie, made the decision to start Cory. Yes, he would play only a token few seconds, but it meant a great deal to Cory and to Gettysburg. All the more touching, the Washington players stood and cheered him.

That was supposed to be the end of it, but with Gettysburg ahead by a large margin and less than a minute left in the game, Coach Petrie sent Cory back in.

Nobody could understand, though, what happened next, why the Washington coach, Rob Nugent, bothered to call time out. The fans didn't know what he told his players there in the huddle: that as quickly as they could, foul No. 3. And one of them did. And with 17 seconds left, Cory Weissman strode to the free-throw line. He had two shots.

Suddenly, the crowd understood what Coach Nugent had sought to do. There was not a sound in the gym. Cory took the ball and shot. It drifted to the left, missing disastrously. The crowd stirred. The referee gave Cory the ball back. He eyed the rim. He dipped and shot. The ball left his hand and flew true. Swish. All net.

The crowd cried as much as it cheered.

The assistant vice president for athletics at Gettysburg, David Wright, wrote to Washington College: "Your coach, Rob Nugent, along with his ... staff and student-athletes, displayed a measure of compassion that I have never witnessed in over 30 years of involvement in intercollegiate athletics."

Cory Weissman had made a point.

Washington College had made an even larger one.