Accessibility links
Joseph Turow: How Companies Are 'Defining Your Worth' Online Advertisers collect information with every digital move people make. They then target ads based on that information. Communications scholar Joseph Turow worries that advertisers will use such data to discriminate against people and put them into "reputation silos." 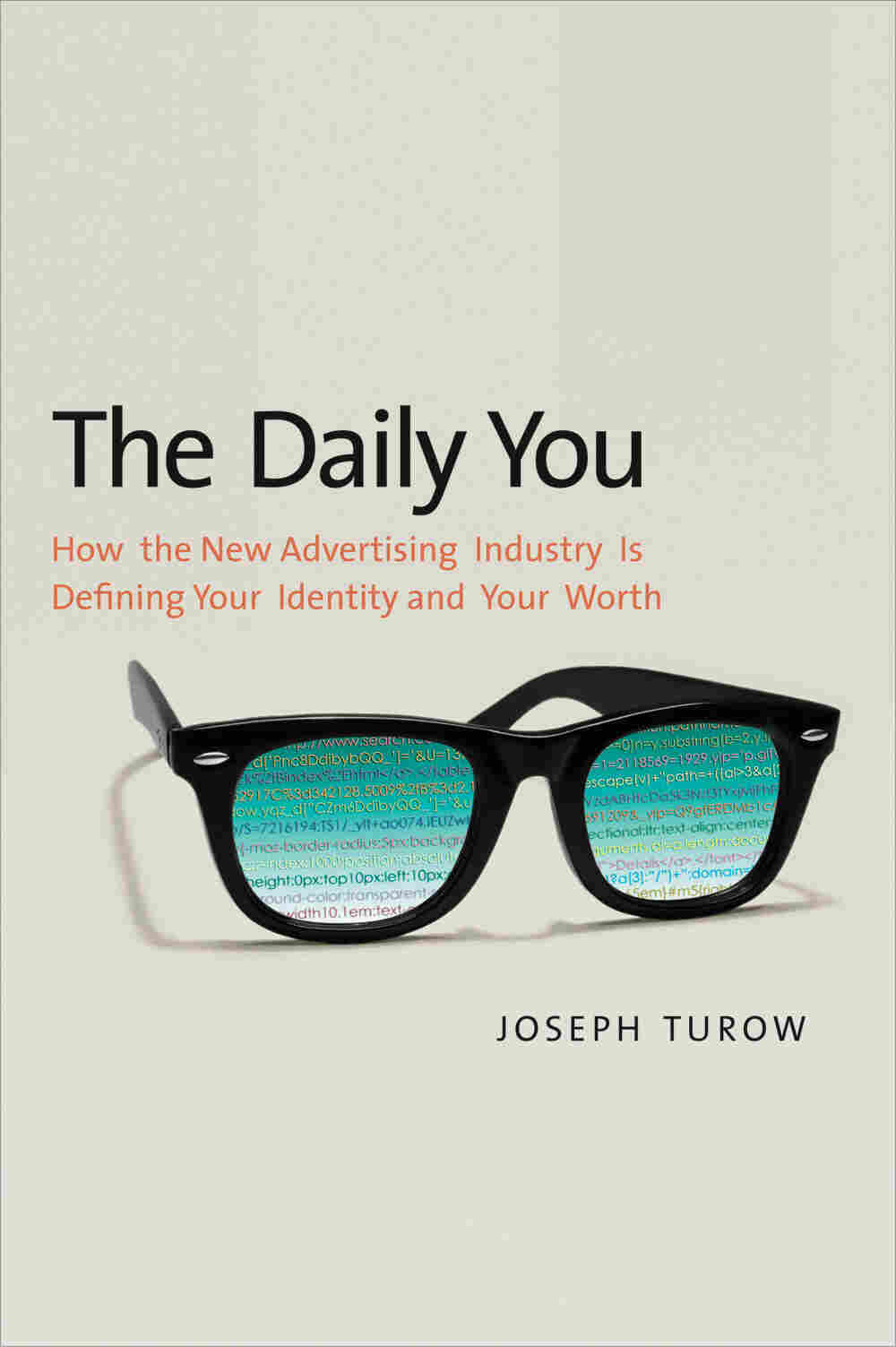 One of the fastest-growing online businesses is the business of spying on Internet users. Using sophisticated software that tracks people's online movements through the Web, companies collect the information and sell it to advertisers.

Every time you click a link, fill out a form or visit a website, advertisers are working to collect personal information about you, says Joseph Turow, a professor at the Annenberg School for Communication at the University of Pennsylvania. They then target ads to you based on that information.

On Wednesday's Fresh Air, Turow — the author of the book The Daily You: How the New Advertising Industry is Defining Your Identity and Your Worth -- details how companies are tracking people through their computers and cellphones in order to personalize the ads they see.

Turow tells Fresh Air's Terry Gross that tracking is ubiquitous across the Internet, from search engines to online retailers and even greeting card companies. A recent Valentine's Day card sent to his wife, for instance, contained trackers from 15 separate companies.

But advertisers are not just limited to tracking your Internet browsing, says Turow. They're also trying to connect what you do on phones and other mobile devices, which are typically tied to an individual user and account.

But right now, says Turow, advertisers are still in the beginning stages of tracking users. He says he still receives ads for dating sites — despite being happily married.

Google is a leading innovator in the advertising world. Turow explains how the search engine makes money through online ads in search results as well as through contextual display advertisements (aka banner ads) located on various websites.

Facebook also uses what you like on its site to target ads, says Turow, but it's mainly marketing toward your friends.

"Let's say somebody likes Twinkies on Facebook," he says. "Twinkies will then buy an ad from Facebook. And the ad will say, 'Joe Turow likes Twinkies.' And it will be called a sponsored story, and it will go to all of my friends on the side of their Facebook page."

Companies hope that your friends' preferences will also become your preferences, Turow says.

Sites like YouTube, meanwhile, are displaying advertisements before and during videos. YouTube — which is owned by Google — is in the process of developing more than 100 professional content streams with partners like Madonna, Shaquille O'Neal and Anthony Zuiker, the creator of the CSI TV series. The company hopes the new professional videos will keep YouTube's visitors on the site longer — and attract more advertising dollars.

"Advertisers are currently wary about putting ads around nonprofessional videos," Turow says, "so video on the Internet is a big area."

But whether or not ads are effective, he says, is still a murky issue.

"It used to be that [successful advertisements were measured] in click-throughs," he says. "But a lot of people point out that people may make up their minds after seeing the ads over time without clicking. Only a very small percentage clicks. So [media] online says, 'We don't have to prove clicks. There are other ways an ad proves its power.' "

Advertisers today try to figure out the attribution, or value, of a stream of advertisements during a person's hunt for a product, he says.

"If you're going after shoes, for example, it isn't just the final click that caused you [to buy the shoes] but maybe 15 different searches, seeing different kinds of ads," he says. "And can [they] track you while you do that? That's what I call the holy grail." 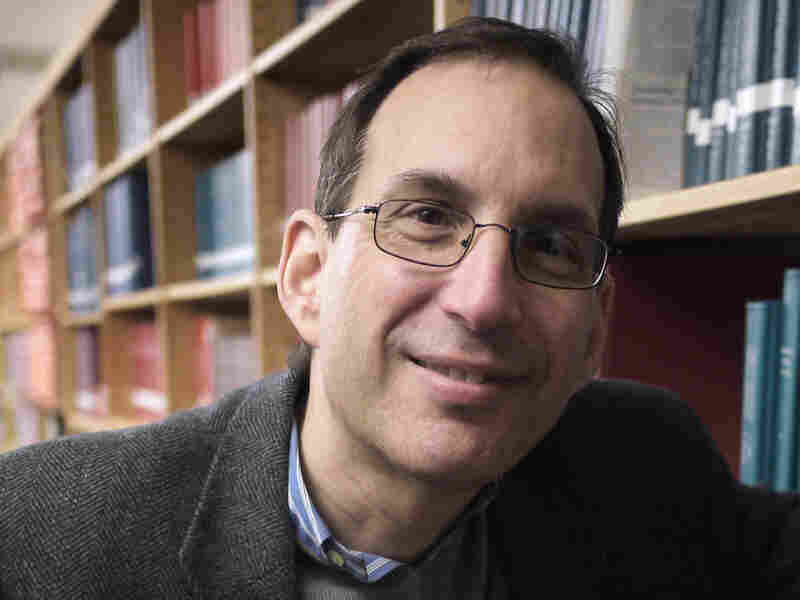 Joseph Turow is a professor at the Annenberg School for Communication at the University of Pennsylvania. Kyle Cassidy/Courtesy of the author hide caption 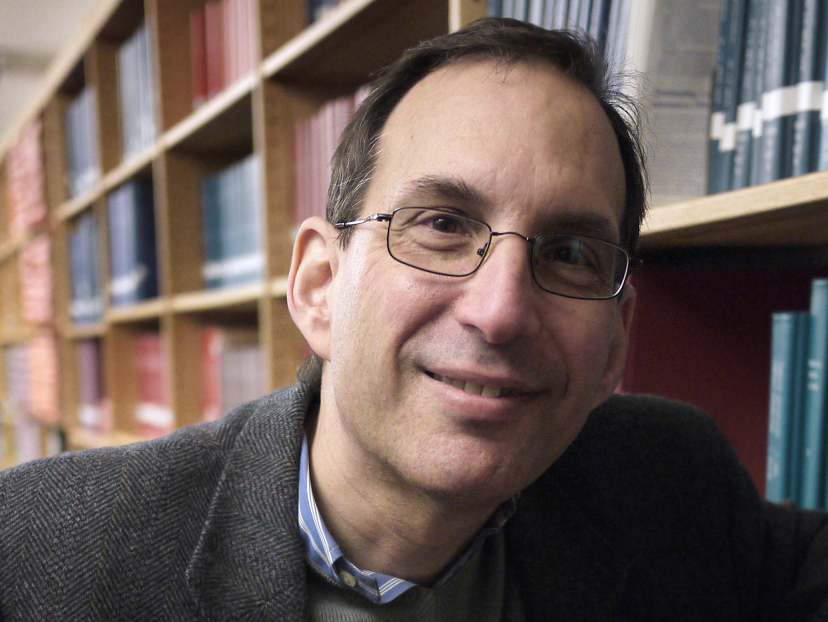 Joseph Turow is a professor at the Annenberg School for Communication at the University of Pennsylvania.

Kyle Cassidy/Courtesy of the author

Turow says this new age of digital advertising raises concerns about what companies know about people, and what they can then do with that information.

"Some of them are really essential things, like, do you have diabetes? Are you a certain age that they may not want to hire you? What's your financial situation?" he says. "Will you be able to pay your mortgage?"

"I'm concerned about ... social discrimination," he says. "... In an everyday world where companies are deciding [how] I'm targeted, making up pictures about me, I'm getting different ads and different discounts and different maps of even where I might sit in an airplane based on what they think about me."

In the future, Turow says, you might be placed into "reputation silos" by advertisers, who will then market products to you accordingly.

"It has a lot of ramifications of how we see ourselves and how we see other people," he says. "... And this is part of another issue we have to think about, which is information respect. Companies that don't respect our information and where it comes from are not respecting us, and I think moving into this new world, we have to have a situation where human beings define their own ability to be themselves."

On the categories advertisers use to track you online

"Most of them have to do with demographics like age and gender and income. Some of them have to do with where you live, which can be very specific to particular neighborhoods sometimes. Some of them are weird, like socially organic eaters, but that has to do more with how companies make inferences about how you act. ... Go to a company called Acxiom on the Web. You will see a catalog of maybe 100 pages of the kinds of things that this company sells about all of us. They sell whether you look for diabetic stuff online, whether you're interested in orthopedic products, whether you've gone on vacation. They will sell what kinds of credit cards you have. And all of this is perfectly legal, and it can be used for online targeting as well as offline targeting."

"It remains to be seen how many companies took out and take out that data and what is done with them, but you can see that it could give you an enormous amount of stuff. ... You can look at a person's camera and actually turn it on if you wanted to. A person might notice that the camera's on, but you could look at his friends or her friends and identify them if you wanted to, in a certain kind of world. You could look at the person's photos, contact lists. That's potentially the case with what people have been saying about the Apple iOS."

"They gather everything that you do on Facebook. Facebook scarfs it all up. We know that Facebook has the ability and does target you on their website in an enormous number of ways. They don't give your name to any of the advertisers — it's all done anonymously. I'm not a fan of the distinction between anonymity and nonanonymity. ... If you're Joe Schmoe online or they know your real name or they give you an identification number — and so much of our lives is done online — in the end it doesn't matter. You're treated like a person who they know with all of the possible discriminatory activities we've talked about."

"I would argue that the 20th century taught people that content is cheap. Because on television and radio it was free, in newspaper and magazines, they got huge amounts of stuff paying very little. And as a consequence, when the world starts changing and there's a lot more competition because there's no longer one place to get news in print, the notion of paying for a lot of people became anathema."

"They believe in privacy as [a] human right. And that's the interesting thing about how [the upcoming] Commerce Department report is positioned: as a right. There are some advocates who don't like what they see in the policy because they think it's too loose. But the very fact that it's called a right is interesting rhetorically. Some people would say they're moving in the right direction."

On data-mining and politics

"Politicians want to get votes. And they have begun to realize what consumer products companies realize: that if you get a lot of information about people, you can predict how they might act or what they might believe, even to the point [of thinking] 'What kind of car do people who might vote Republican have vs. Democrats?' And the more data points you have, the belief system is, the more likelihood that you can get on the right side of a person. So companies have evolved over the last few years that are essentially data-mining companies for various political organizations. Even the Obama campaign is perceived to be at the forefront of this stuff. If you go to their privacy policy, they take everything. When people give information about themselves for whatever reason on the Obama website, [the campaign] keeps it, they use it, they buy other information about you if they want. And on their privacy policy, it says they might share it with political organizations they consider conducive."

Read an excerpt of The Daily You