Accessibility links
For Choreographer 'Pina,' A Dance Tribute In 3-D Director Wim Wenders' documentary tribute to German choreographer Pina Bausch is nominated for an Academy Award. When Wenders and Bausch met more than 20 years ago, they started planning a film that would capture her unique style of modern dance. Bausch died suddenly just days before filming started. 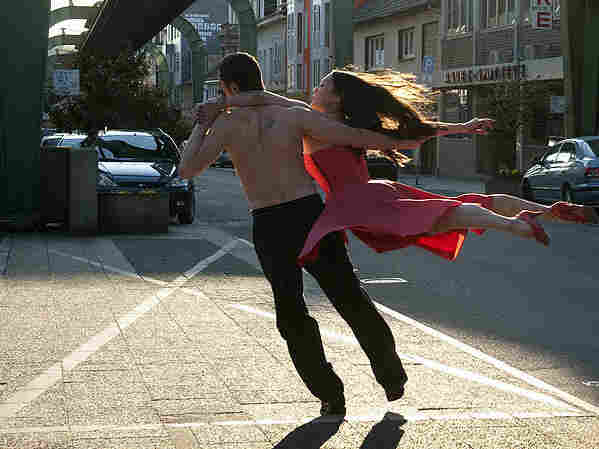 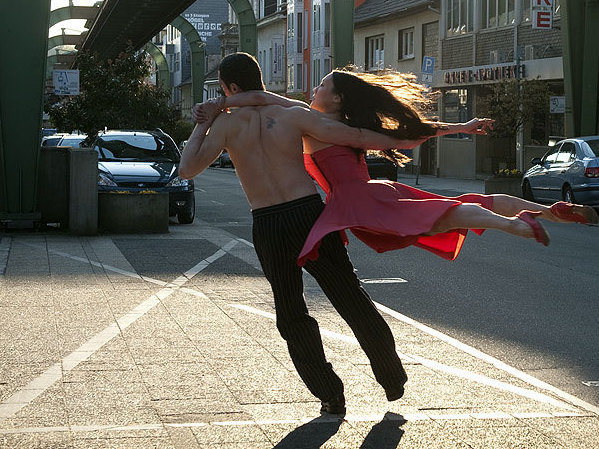 The German choreographer Philippina Bausch — known to the world simply as Pina — transformed the art of modern dance. When director Wim Wenders first saw a dance performance choreographed by Bausch more than 20 years ago, he was in awe.

"I wasn't into dance," Wenders tells NPR's Neal Conan. "I had to be forced to see my first piece with Pina Bausch ... because, well, I couldn't imagine that dance could possibly concern me. And then it did in the biggest way imaginable."

Wenders says he cried through the entire show and "didn't even know that a man had so much liquid in him." The two met for coffee the next day and began planning the film that would be discussed for the next 20 years.

Bausch died suddenly in the summer of 2009, just days before filming started.

"Pina disappeared ... and none of her dancers, her family, her friends and certainly us, the film crew, was able to say goodbye or thank you," Wenders says.

After her death, Wenders considered abandoning the project altogether. "But the dancers made me realize that there was a film to be made after all, a film for Pina, because we couldn't make one with her anymore."

Pina — a 3-D dance documentary nominated for the Academy Award for Best Documentary Feature — became an homage to Bausch, a way for Wenders to say goodbye.

Wenders and Bausch became very good friends and spent a lot of time planning how to capture her unique style of dance.

"It took a long, long time to actually find how to translate this splendor and this beauty, and how to put that on screen, which you see the physicality of a live performance," Wenders says.

Wenders realized that 3-D technology was the tool he needed to draw "the audience into the presence of Pina's dances." He spent a year working with 3-D experts before filming began.

The film features dancers performing in all sorts of unusual places — on a mountainside, in the middle of a city and in a factory.

"With the dancers performing all over the place, in nature and in industrial landscapes, I thought it helps the audience to understand this is really not something just aesthetic," says Wenders. "This is about life."

Bausch's dance company, Tanztheater Wuppertal Pina Bausch, continues to perform and will do one of its biggest performances yet during the 2012 Summer Olympics in London.