Accessibility links
Local GOP Leaders Torn Ahead Of Ohio's Key Vote Mitt Romney has built the superior organization, but "it's sort of coming together" for Rick Santorum. The two GOP front-runners are battling over the crown jewel of Super Tuesday and a key swing state this fall. 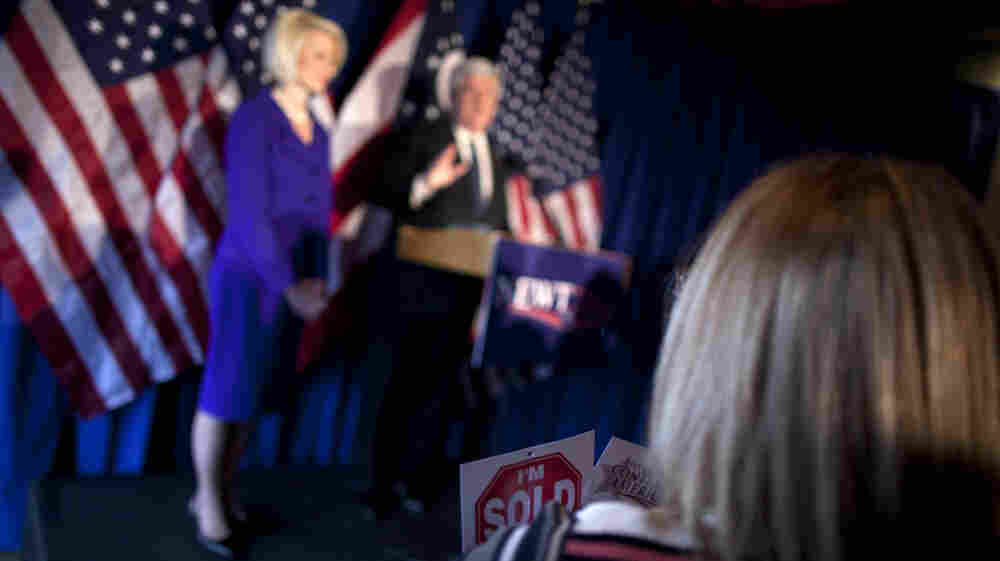 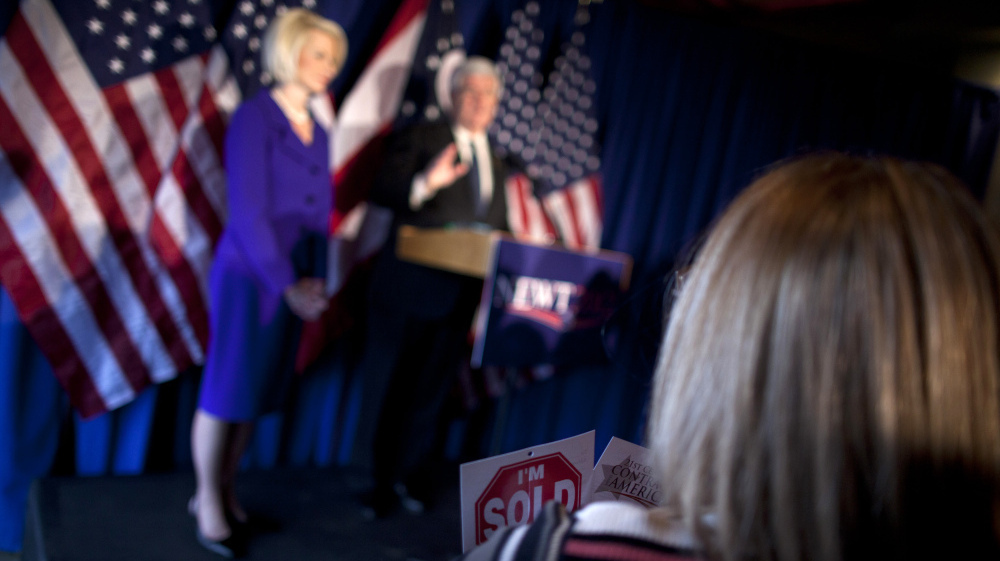 Tuesday is the next big day for Republicans in choosing their presidential nominee, with primaries in Michigan and Arizona.

A week later, there's an even bigger day: March 6 is this year's Super Tuesday, when 10 states hold primaries and caucuses. And the marquee attraction that day? The swing state of Ohio, with 66 delegates at stake, which will also be a key battleground in November.

Polls have former Pennsylvania Sen. Rick Santorum holding a slight lead there over former Massachusetts Gov. Mitt Romney, but they also indicate half of Ohio's GOP primary voters could still change their minds.

"We've seen that Gov. Romney has a terrific grass-roots organization in place, but I will tell you that Sen. Santorum is playing catch-up," said Alex Triantafilou, chairman of the Hamilton County Republicans, during a debate watch party with local GOP leaders on Wednesday night at Price Hill Chili, a down-home Greek restaurant on Cincinnati's west side. "I don't mean that in a negative way. I mean ... there is a tremendous group of supporters for him, so it's sort of coming together for him."

In the same room where former House Speaker Newt Gingrich made a campaign stop two weeks ago, 10 Ohio Republicans sat around drinking beer and watching the candidates debate on TV.

Among them was Tracy Winkler, Hamilton County's clerk of courts.

"Today," Winkler said, laughing, "and I say today because I've changed my mind several times. Today, I would vote for Rick Santorum."

Winkler acknowledged it's been a wrenching back-and-forth over whom she will ultimately support March 6.

"Initially, I wasn't kind of sticking to my conservative roots and I thought I could vote for Romney, and then I thought Gingrich, and really have just kind of seen his campaign kind of falling apart. So I really feel like, right now, it's Santorum," Winkler said. "But we have a few days to go, so we'll see."

Another local official, Tony Rosiello, said he and his wife were also once Romney supporters. He now backs Gingrich and said his wife supports Santorum.

"There was just something missing from [Romney]," said Rosiello, Green Township trustee in Hamilton County. "I don't know really what to put my finger on it, maybe a little bit of plastic. Something just didn't jibe with me. There was a more emotional connection with Speaker Gingrich. ... That's something that just stayed with me. It was a gut feel," said Rosiello.

As Rosiello spoke, Romney was arguing a point on the TV screen about women serving in the military.

This 53-year-old retirement planner is confident about how this contest will play out.

A conservative Republican nearby disagreed. George Brunemann is co-founder of the Southwest Cincinnati Tea Party.

"If you nominate Mitt as our guy for the conservative side, you totally take Obamacare off the table, because he's essentially the author of Obamacare," Brunemann said. "And from a Tea Party perspective, why in the world would we want our only two choices to be the only two men who have signed into law universal health care?"

This southwest corner of Ohio has many Catholics and evangelical social conservatives. There are centrist Republicans as well, such as electrical engineer John Ebie, who's also not sold on Romney.