Accessibility links
25 Years Later, 'The Singing Detective' Still Shines The British musical private-eye drama, which first aired in 1986, starred Michael Gambon as a novelist hospitalized with a horrible skin condition who tries to write a Hollywood screenplay in his mind. David Bianculli explains why the miniseries is "TV's most polished, audacious masterpiece." 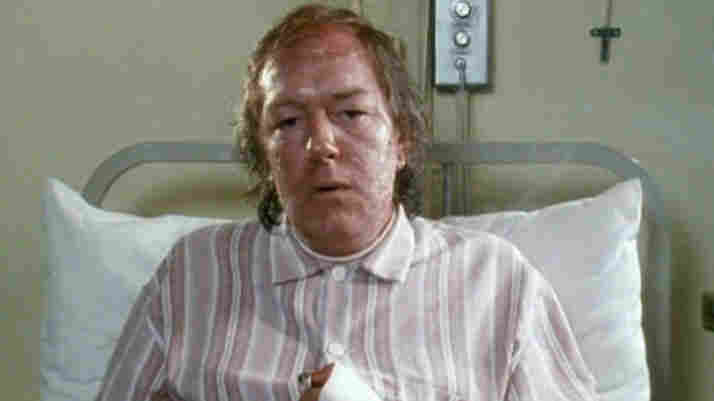 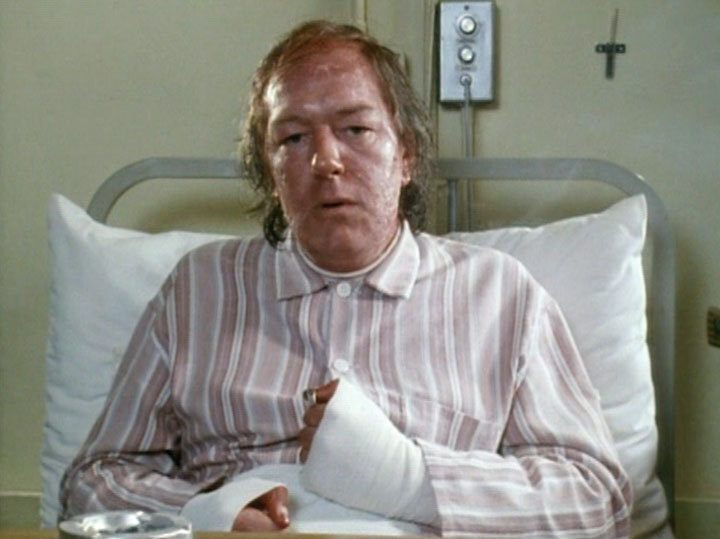 Michael Gambon plays a writer hospitalized with a horrible skin condition in the 1986 BBC miniseries The Singing Detective.

The Singing Detective is the story of a writer of pulp-fiction novels, hospitalized for a horrible skin condition that has his entire body flaking and raw, and his mind slipping in and out of fever dreams.

Some of those hallucinations have the people around him breaking into song, or shifting into other places and times and characters, or both. He tries to maintain his sanity by rewriting, in his head, one of his old novels into a Hollywood screenplay — and, in his mind, he's the healthy, good-looking protagonist — the singing detective.

Meanwhile, the hospital staff tries to treat both his body and his mind, especially when the staff suspects his psoriatic arthritis may be psychosomatic, and that the key to his cure may be buried in his own past.

I know, it sounds strange and complicated, and maybe even off-putting. But you have to admit: It sounds like nothing else you've ever seen on TV. That was true then, and it's just as true now.

One way to measure just how far ahead of its time Dennis Potter's The Singing Detective was, in 1986, is to read the reviews by British critics today, confronted by the decades-old musical private-eye drama. In The Guardian, they said it "meshes the finest bits of Glee and Smash with the edgy darkness of Dexter and Breaking Bad." 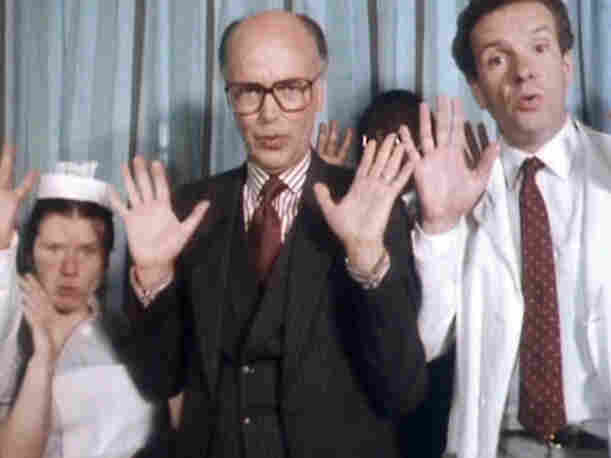 Gambon's character slips in and out of feverish dreams in which his doctors and nurses start to sing and dance. BBC hide caption 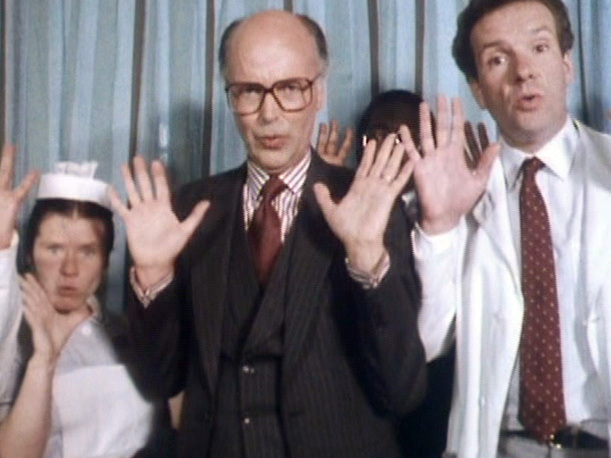 Gambon's character slips in and out of feverish dreams in which his doctors and nurses start to sing and dance.

And from the same review, check out this quote: "Dennis Potter's masterpiece is 25 years old but still feels avant-garde. It's got the kind of confidence in the audience and the medium that American writers are only just discovering."

Back in the '80s, Dennis Potter had it in his contract that his dramas had to air unedited. PBS and basic cable, back then, were too spooked by the show's language and nudity, so it ended up being televised by some brave local PBS member stations instead. What viewers saw then, and what the British are seeing again now, is television's most polished, audacious masterpiece.

Potter, the writer, had the same skin condition as his fictional counterpart, so the hospital scenes have the loud ring of specific, honest truth. And in the leading role, as Philip Marlow — spelled almost the same as Raymond Chandler's fictional detective — Michael Gambon became a star.

In an early scene, Gambon, as Marlow, is laid out on his hospital bed, fully exposed except for a kind of adult diaper. His skin is red, raw and flaky, like translucent fish scales — and he's immobilized by pain and stiffness. When the doctors on rounds ask condescendingly about his condition, Marlow finally cracks.

First he honestly, and tearfully, describes his fragile mental state. And then, when the doctors respond by suggesting a long list of medications, Marlow imagines them breaking into song — and watches in horror as the entire ward becomes, in his mind, a low-budget musical number.

And while the doctors and nurses are tending to him physically, the psychologist, played by Bill Paterson, is treating him mentally. In one episode, the doctor probes the writer's psyche by playing a word-association game — a game that eventually gets so raw, and cuts so deep, that a word or two had to be bleeped — just the sort of thing that kept The Singing Detective off PBS in the first place.

The Singing Detective has never been televised nationally in the United States. Next year, on the 25th anniversary of its arrival on these shores, it ought to be. Meanwhile, there's always the DVD.

Unraveling The Mystery And Talent Of Dennis Potter Feb. 17, 2009