Accessibility links
Dustin Lance Black: Telling The Story Of 'J. Edgar' The recent film portrays former FBI Director J. Edgar Hoover as a man who had to keep his sexual orientation a secret — while collecting other people's secrets to use against them. Screenwriter Dustin Lance Black explains how he researched the film, which stars Leonardo DiCaprio. 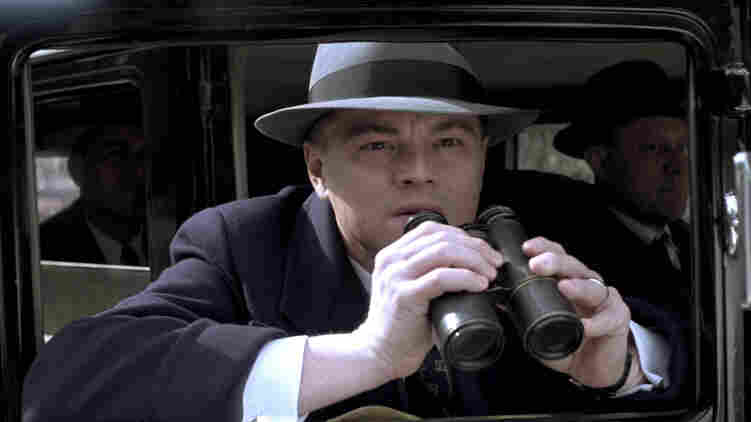 This interview was originally broadcast on Dec. 6, 2011. 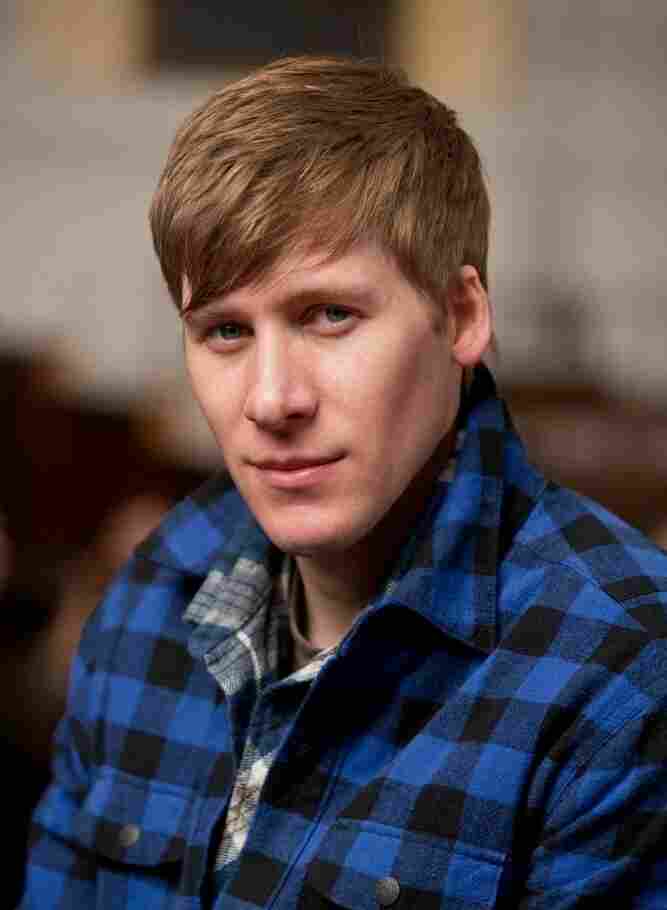 "There are certain biographers who are more liberal with the truth, and want to give an impression of the truth," says Dustin Lance Black. "For me, I wanted to get as close to the truth as possible. Because I knew that this film would go under attack — and I wanted to be able to defend it." Warner Bros. Pictures hide caption

In the first part of his career, J. Edgar Hoover was often hailed as a hero. As a young man, he helped reorganize the cataloging system at the Library of Congress. Later on, after Hoover became the first director of the FBI, he introduced fingerprinting and forensic techniques to the crime-fighting agency, and pushed for stronger federal laws to punish criminals who strayed across state lines.

"I think if he had retired [at that point], he would be seen as a great hero in this country," says screenwriter Dustin Lance Black. "But he didn't. And ... he began using the tools and methods that he learned in his youth to do great harm to this country, and to rob people of their civil liberties and their privacy."

"I think that he understood the power of secrets, and he used that against many people who also had secrets in their personal life," Black tells Fresh Air host Terry Gross. ... It's those folks that have something to hide that really use secrets to intimidate."

The Secrets Of J. Edgar Hoover

Black's biopic examines the most closely guarded parts of Hoover's life, including the questions of his sexuality and of his close relationship with Associate FBI Director Clyde Tolson, played in the film by Armie Hammer. For background research, Black read as many Hoover biographies as he could — and then spoke to former FBI investigators who knew Hoover and Tolson at the agency.

"A lot of them will talk in a way about J. Edgar Hoover in a way that they wouldn't have 20 years ago," Black says. "So I think if I were doing these interviews 20 years ago, people would have been very tight-lipped. But even some of his closest associates will say, 'We don't know.' And it's possible. And when you start to look at the facts surrounding Mr. Hoover and Mr. Tolson, they [raise] a lot of questions."

'J. Edgar': At The FBI, Many A Question About Hoover

Black notes that Hoover and Tolson traveled to the FBI headquarters together in the same car. They went to lunch and dinner together every day, and shared hotel suites on vacations.

"This is a time before carpooling was popular, and they certainly could have afforded their own rooms," he says. "And as you get closer to them, you find that there's a very, very close relationship there."

On a visit to Washington, Black met with retired men in their 80s and 90s who had worked for the government during a time when coming out wasn't an option.

The men also helped Black figure out how to portray the relationship between Hoover and Tolson in a way that was appropriate for the time, he says.

"Let's face it, if you read these biographies, many of them get very, very explicit. They talk about J. Edgar Hoover in a ball gown at Roy Cohn's house. There's accusations of cross-dressing, of prostitution, of photographic evidence — all of that fell apart. None of that rang true," Black says.

"But in order to be truthful to the period, I could not have them talking about their love for each other. That was inaccurate. ... And I do think a lot of people in the gay and lesbian community were hoping for that kind of film, but I think we have to be truthful about what gay life was like back then, and it looked nothing like it looks now."

J. Edgar And His Mother

From Hoover's own writings, says Black, he discovered that "this was a young man who, from a very young age, was never given the right to love" — by himself or anyone else. His mother's journal, says Black, contains lines like, "I'd rather have a dead son for a son rather than a lily for a son."

"[Hoover's mother] was a very ambitious person in Washington, D.C., at a time when you needed a man to take you to the parties ... so you could be on his arm," he says. "And her husband was quite ill. ... I think she saw it as a great gift that she had a son who was not particularly interested in women. She could help him along with his career, and encourage that, and say, 'Probably the most important thing is your career and the admiration of your fellow man in Washington, D.C.' And I think that was what he was left with, a hole in his heart. And he tried to fill that hole with political admiration."

Black says Hoover spent much of his early career trying to win over the public's admiration. And in his later years, Black says, Hoover couldn't let that sensation go away.

"That's all he had — he didn't have a love life to go home to or a home life to go home to," Black says. "And I think that's where the darkness comes from, because if that's all you have — political and public admiration — that is fleeting. And when it starts to fade, as it always does, you'll do anything to hold onto it. And I think you lose your moral compass."

"For me, the challenge was not projecting my own feelings into [the film]. And I knew that would be a challenge. I didn't want to project my pain of having been closeted onto J. Edgar Hoover and Clyde Tolson. So I had to constantly ask myself, 'Am I doing that?', and make sure that I wasn't. At the same time, as it became clear to me who these men were, I do draw on my own personal experience, and I do probably understand it on a level that many wouldn't, especially in my generation. Because I grew up in the atmosphere of the Mormon church, in the military, where I also had to stay closeted for my own survival."

On how he and Clint Eastwood, who directed the film, differed on their vocabulary

"We have a generational divide in terms of vocabulary. People ask him, 'Do you think J. Edgar Hoover was gay?' And he says, 'I don't know.' And for a man who just directed this film, that's a surprising answer, because I think the audience walks away with a clear impression [that he was]. But for Clint Eastwood and his generation, to be gay means a sexual act. And for him to know means that he would need proof of that sexual act. And I've had this conversation, and I've said, 'For my generation, you don't ever have to have sex to be gay or lesbian. It's a part of your nature. It's who you are. It's who you bond with, who you fall in love with.' So we have a divide in terms of vocabulary."

On the Mormon church and community

"I miss family and community. I grew up quite poor, and the Mormon church was always there for us as a family. I have a disabled mother, and she was raising three boys by herself, and they always made sure we felt taken care of, and that we had presents under the tree at Christmas.

You can make fun of the food all you want, but I love casseroles with chips toasted on top and all that sort of thing. I miss a lot of it. I still work closely with the church. I still have family in the church. I think that they need to move on gay and lesbian issues, and I keep those channels of communication open in hopes that we can understand each other better and create that change. ... I feel like it is a religion that has shown an ability to change with the times, and I hope they do so on gay and lesbian issues. Because they've hurt a lot of young people in this country. They hurt me with the words I heard in the church on Sundays. And I think with understanding, it can [change]."