Accessibility links
Instagram's Winning Recipe: Images And Social Media In 2011, people used Instagram to share their pictures — at a rate of 90 pictures every second. It's Apple's iPhone App of the Year, and people use it to take pictures and then share them. 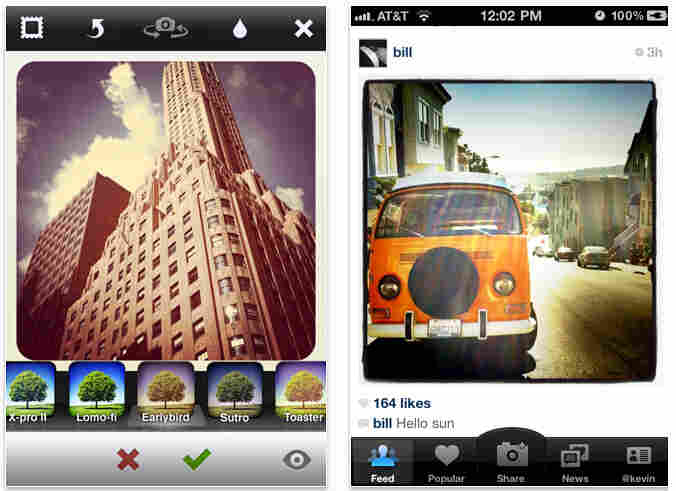 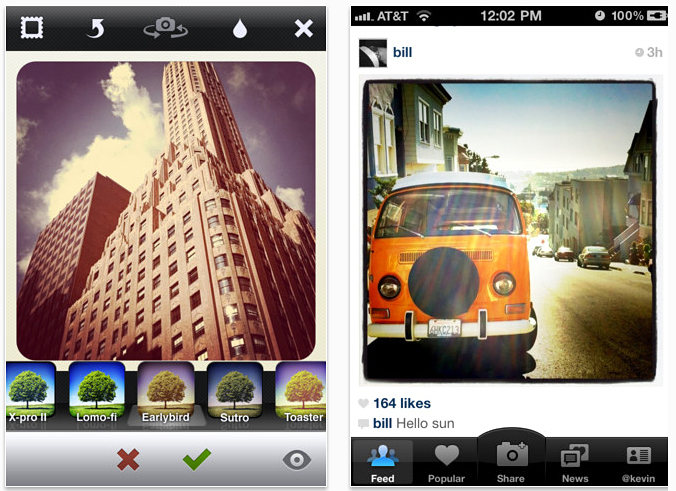 There are a lot of photo apps out there for the iPhone. With most of them, you take a picture, put a filter on it and maybe add some lens blur. But many of them don't have a built-in way for you to share the photo.

"When we combined those two key ingredients, we came up with something that became Instagram," says Instagram CEO Kevin Systrom, who is also one if its founders.

Systrom won't even call Instagram a "photo app," in the conventional sense, and that's because the camera is only half of the story. The other half is the social aspect of the app.

On Instagram, when other people across the world take and upload photos, you can see those as well in an ongoing photo stream on your phone. You can scroll through thousands of photos of people, their friends, the places they've been and perhaps even their meals. After all, there are millions of people who use Instagram.

In fact, the app adds users so quickly that it's hard to keep track of just how many of them there are. Systrom estimates that there are over 16 million people on board so far. In 2011, people uploaded photos to Instagram at a rate of 90 pictures every second, and it was Apple's iPhone App of the Year.

A defining moment for Systrom was when the news struck that Osama bin Laden, the leader of al-Qaida, was killed. He remembers opening up Instagram and seeing image after image of people taking pictures of their TV sets and of themselves watching President Obama's announcement.

It's not just the millions of iPhone owners that have hopped on the Instagram train, news organizations like The Washington Post have used the app to share reader photos, and big retailers like Banana Republic use it as a sort of interactive advertisement.

With all of that apparent success, it might be a surprise that Instagram hasn't started making any money yet, but who knows what the future holds. For now, Systrom and the rest of the team are still riding the wave of investment dollars from earlier this year, and they plan to do the same in 2012.