Accessibility links
Athena's Library, The Quirky Pillar Of Providence Athenaeums are social libraries, cornerstones of a community where you don't just borrow books — you can visit cherished antiquities, hold talks, attend parties and even bring your dog. In Providence, R.I., the "Ath" is a 19th-century library with the soul of a 21st-century rave party. 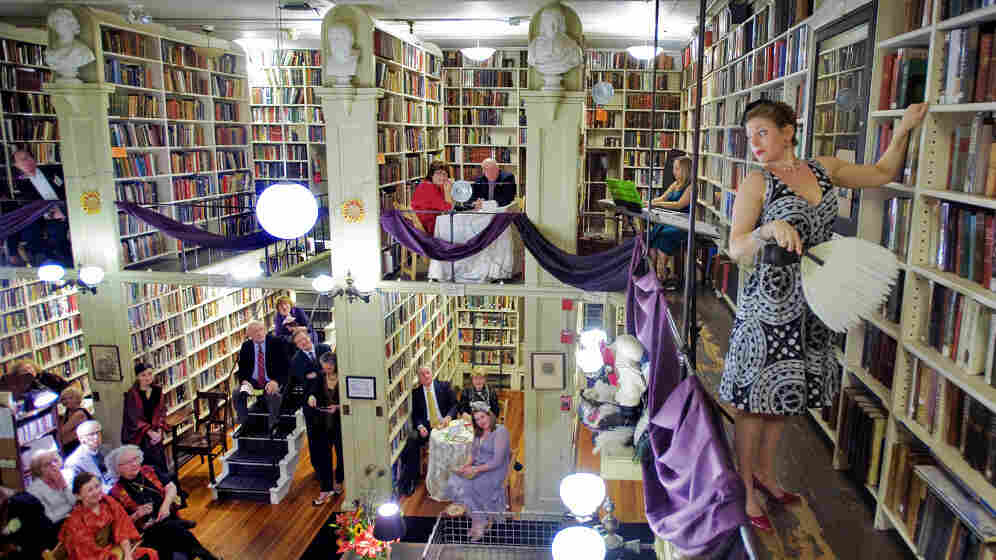 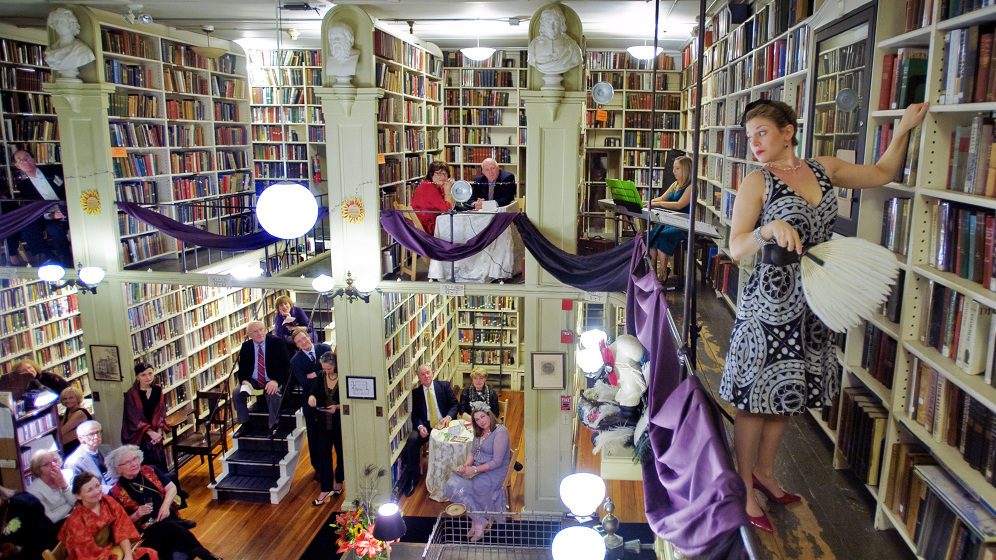 Actress Rebecca Gibel performs a song from the Gilbert and Sullivan Opera Patience, at the Athenaeum's Oscar Wilde-themed gala.

With a bit of reverence, librarians carefully wind an antique library clock near the circulation desk in a temple of learning called the Providence Athenaeum.

This is one of the oldest libraries in the United States, a 19th-century library with the soul of a 21st-century rave party. In fact, the Rhode Island institution has been called a national model for civic engagement.

A bust of the Greek goddess Athena surveys her realm from the open mezzanine above the main floor. Shafts of light fall gracefully through an atrium. A wrought-iron railing circles the upper floor and bookshelves, fronted by pillars and topped with busts of writers, giving the impression of holding up the ceiling. There's still a card catalog.

"It was like going into a different century," says Ted Widmer, who directs the John Carter Brown Library, a three-minute walk away from the "Ath," as it's called. "I came here as a little boy often. I wonder a little bit if it was just the free baby-sitting that induced parents to come here with their little children."

Athenaeums, after all, are social libraries, cornerstones of a community where you don't just borrow books — you can visit cherished antiquities, hold talks, attend parties — and even bring your dog.

Athena's Gifts, For Rich And Poor

Through good times and bad — and there have been both — the Athenaeum has maintained a stately spot on Benefit Street. From its massive doorways you'd once have seen the Providence port, bustling with sailors, monkeys and oranges on ships from India.

The Ath's gray granite facade is austere. "It's set up as a Greek temple would be on a great plinth, so that it has prominence," says James Hall, executive director of the Providence Preservation Society. 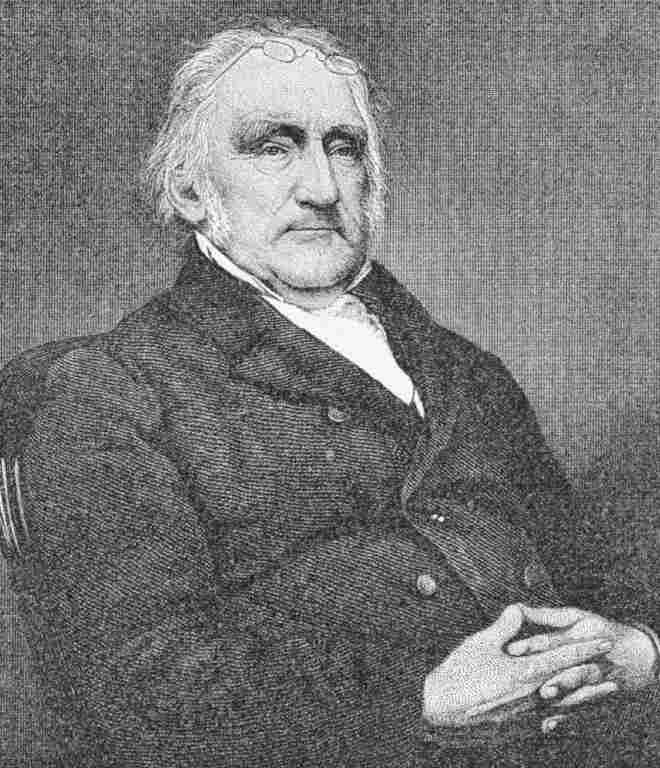 Francis Wayland, a founder of the Athenaeum and president of Brown University, gave a speech at the 1838 dedication of the library. J.A. & R.A. Reid, 1886/Courtesy of the Providence Athenaeum hide caption

Gray granite, Doric columns, peaked portico, "there's nothing decorative about this." Hall says. "It's meant to say this is an important building, meant to house important things. And that's very much what it does."

A hundred and 50 years ago, social libraries like the Athenaeum were all the rage. The concept of the Athenaeum, a member-supported library dedicated to social improvement, predated the modern public library as we know it. The Athenaeum is one of 17 remaining membership libraries.

On the day the library opened in 1838, the citizens of Providence stood willingly for more than two hours to listen to an address by one of its founders, Francis Wayland, the long-winded president of Brown University.

"God has scattered the seeds of pre-eminent ability as profusely among the poor as among the rich," he announced.

Director of Programs and Public Engagement Christina Bevilacqua jokes that Wayland is her "19th-century boyfriend." On his birthday last year, she threw a grave site party in his honor.

"He has this kind of philosophy about the need for a library and the need to have equal access to intellectual development, because intellectual ability is spread out by God through poor and rich, doesn't matter," she says.

A Dark Period, Left In The Past

Keeping a fragile, 19th-century library in continuous operation for nearly two centuries has been a challenge. Providence, a city of just under 200,000, once surpassed Boston in per capita income. It invested in its cultural gems — theater companies, museums, arts and music organizations and far more. With the recession, several nonprofits have gone under.

It was only a decade ago that the Ath underwent its own financial crisis. One of the Athenaeum's antiquities was an original folio of John James Audubon's Birds of America. The board made the painful decision to sell it — which the library did for $5 million in 2005 — to stabilize the Athenaeum's endowment. A small contingent sued, trying to block the sale of the folio. Membership declined during the turbulence. 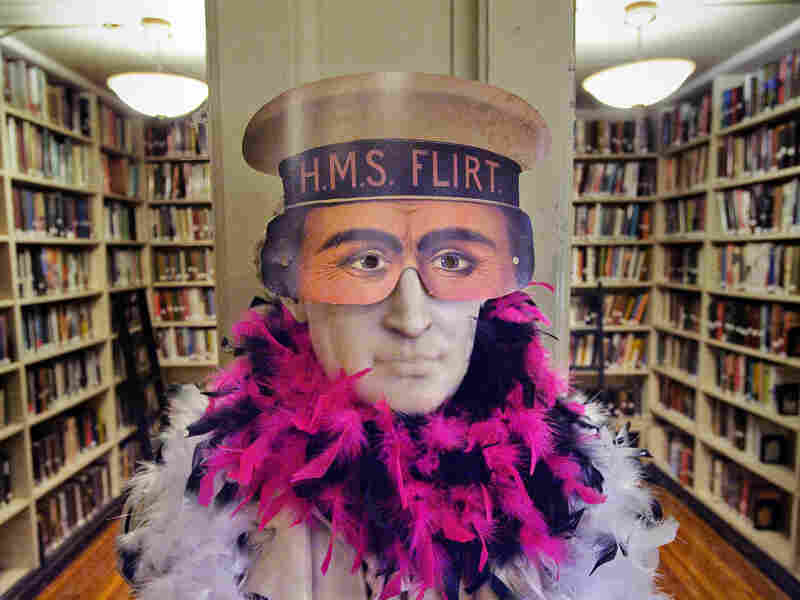 Even busts get dressed up for parties at the Athenaeum. NPR hide caption 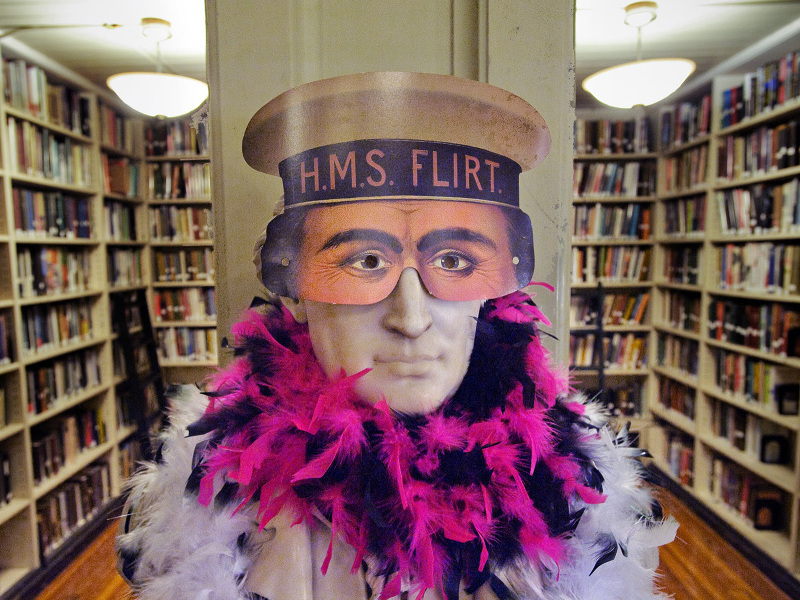 Even busts get dressed up for parties at the Athenaeum.

"It was a dark period," says special collections curator Kate Wodehouse. "I had people tell me they could feel the heaviness in the air, that it was definitely sort of a depressed environment."

After see-sawing through the recession, membership has rebounded, to about a thousand members and growing, according to Executive Director Alison Maxell.

Member or not, anyone can browse or catch a program at the Ath. Devotees of Edgar Allan Poe love the story of his ill-fated romance with a local poet here — and, of course, all the Poe memorabilia. There is a Manet print of Poe's Raven from his famous poem, for example. Children can use their own library or the 19th-century children's books known as "The Old Juveniles."

The Ath also offers free talks, called salons, every Friday. Begun just six years ago, the library has brought in more than 80 organizations as speakers, serving as a bridge between the Ath and Providence's other cultural institutions — and building audience for all. Last year, the Chilean artist Magaly Ponce gave a salon for the Hark, the White Whale series, devoted to author Herman Melville. Ponce made a whale's skeleton from chemistry bottles and jugs. 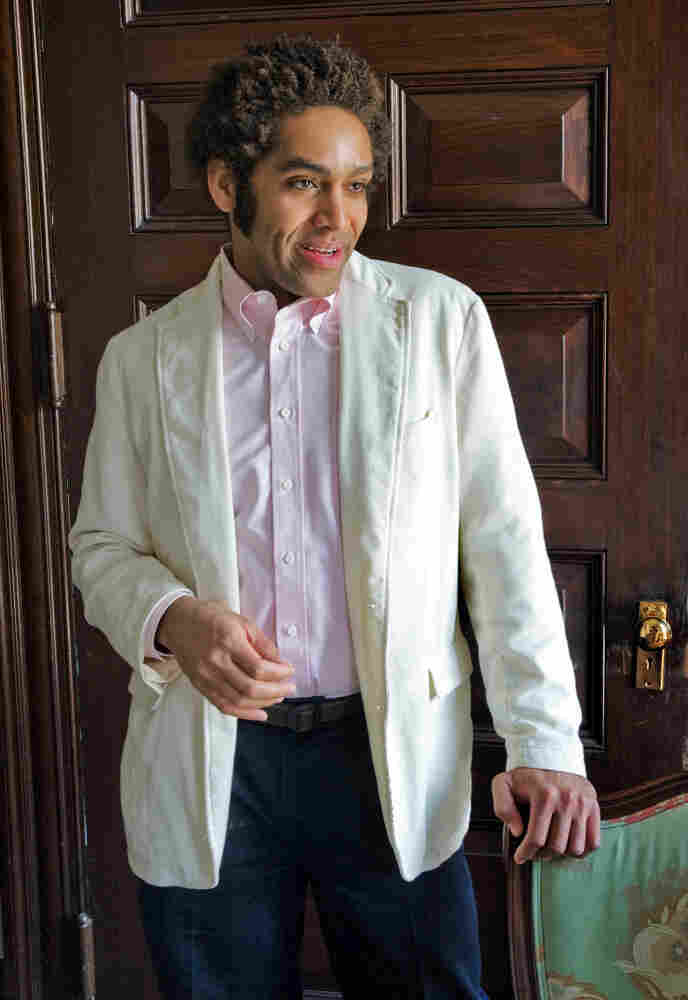 A design engineer at Brown University, Kipp Bradford is a regular at the Ath salons. He says the library is fundamentally about community. NPR hide caption

Travel and exploration are a major part of the Providence Athenaeum's collection. Early on, the founders scraped up $500 for The Description of Egypt, 23 volumes commissioned by Napoleon after his 1798 expedition. Draftsmen, printers and architects spent two decades collaborating on these volumes.

'Not Your Grandfather's Library'

The Ath is always looking for relevance: new ideas, new faces and new activities. "There are people like me who are not that old-guard, cultural elite of Providence," says Kipp Bradford, a lecturer and design engineer at Brown. Bradford is curating three salons at the Ath this spring, linked to manufacturing and the history of Providence.

"Fundamentally, the Athenaeum is about community, and creating this discussion and this interaction that you can't have listening to a podcast and you can't have blogging and Twittering and Facebooking online," he says. "It's not your grandfather's library."

It's nice, though, that it looks that way. On a recent quiet Saturday, the Ath filled up with visitors old and new.

"My mom used to come here and let me wander around the bookcases. I love seeing this classic literature that I'm studying now in school," said Melissa Bobotas, a student at Boston University. She had, on an impulse, brought along Matthew Parker, a student at the U.S. Coast Guard Academy.

"She asked me, 'Hey are you up for an adventure?' And I said, 'Always!' And a beautiful adventure it's turned out to be," Parker said.

A beautiful adventure, it has indeed been. The Providence Athenaeum, at the corner of Benefit and College streets, is open seven days a week to the public. Athena is still there, and she welcomes all — don't let those imposing doors fool you.