Accessibility links
Saving Kansas City Schools Means Rescuing A City The entire public school system has flunked; the Missouri Board of Education revoked its accreditation on Jan. 1. Decades of mismanagement and declining enrollment have broad consequences. The mayor says there is nothing he's supposed to do "that isn't some way affected by or built on education." 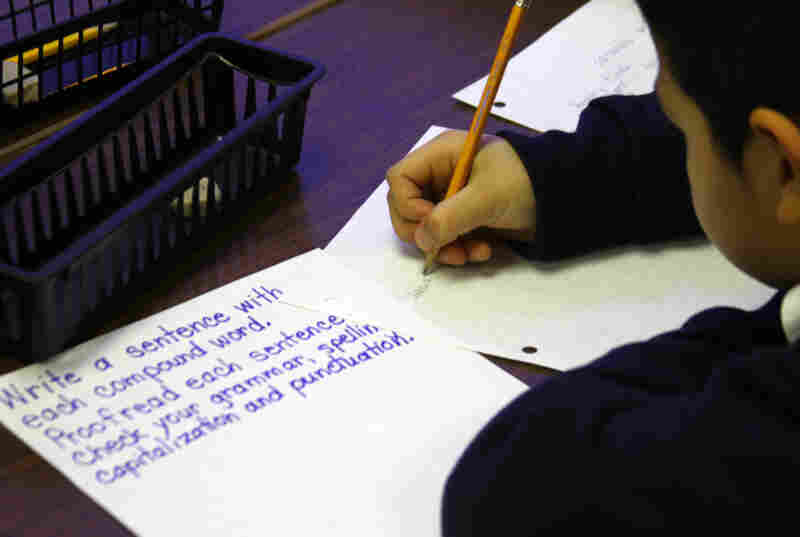 Kansas City public schools have lost accreditation. The city is struggling with how to move forward, especially since education impacts many aspects of the area's development. Tom Bullock/NPR hide caption 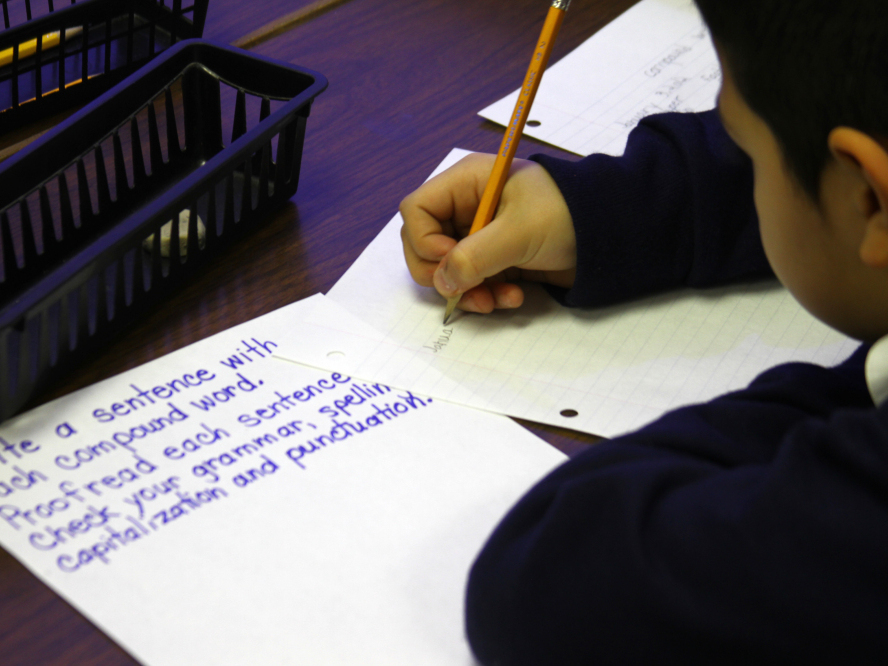 Kansas City public schools have lost accreditation. The city is struggling with how to move forward, especially since education impacts many aspects of the area's development.

The state board of education revoked its accreditation on Jan. 1. Public schools met just three of the 14 standards set by the board for basic proficiency. They received failing grades for attendance, graduation rates, plus math and reading and writing scores.

There have been decades of mismanagement, declining enrollment and revolving-door superintendents. Now, there's a struggle for the future of the schools that may also be a battle for Kansas City itself.

"I can't think of anything that I'm supposed to do as the mayor of this city that isn't some way affected by or built on education," Sylvester James says. "Nothing."

The education system affects everything, the new mayor says, from lowering crime to creating jobs and making the city grow.

"I can tell you that the perception of having things that are not functional does not help you attract people and keep them in the city and the neighborhoods," he says. "They go to where they can find success for their children."

James says that he should take charge, as mayors have in New York, Chicago, Boston and other cities. He believes that only a mayor can wrestle bureaucracies and rally private resources and public opinion to save schools.

The mayor would abolish the elected school board and create a corporate structure headed by a CEO — chief educational officer — that he would choose.

James is a lawyer and new to politics. A lot of people in Kansas City laud his determination, but question the results of mayoral control in other cities.

Some also see another option for reform right next door.

A bill introduced in the Missouri state Senate would disband the Kansas City Public School District and force adjacent districts to absorb the city's public schools.

Van Horn High School was taken in by a neighboring district five years ago. Van Horn had been a part of the Kansas City district for more than 50 years. Residents voted to turn over Van Horn and six other Kansas City public schools to Independence.

Test scores and graduation rates improved. Seventy percent of the students at Van Horn come from families below the poverty line, and the school offers counseling, meals, even dental service.

Jim Hinson, the superintendent of the Independence School District, says he saw Kansas City lose accreditation this year and asked: "If I have students that literally live across the street that are not in our school district, but I know historically the lack of success, do we have an obligation to try to be part of a solution?"

He says the answer is yes.

'This City Is Ready'

Critics of the absorption approach say the apparent success Independence has had with a few schools shouldn't be a plan for all of Kansas City.

"We're not saying everything is roses in the [Kansas City] district," says County Legislator Crystal Williams. "But I'm also going to say to you I don't think that parceling our schools out to suburban districts is a way to solve the problem."

Williams is also a parent, with a son in the Kansas City Public Schools. She describes herself as part of a crew of concerned parents who log long hours in community and committee meetings. They call themselves "the do-gooder mafia."

She believes Kansas City should be left to work out its own solution to its school crisis.

"We have made enough progress that this city is ready and willing to go forward and come up with the solutions we need," Williams says.

Yet, the city has already had 20 years to improve. Williams says things are different now.

"I think maybe there's more engagement than there's ever been," she says. "Sometimes, when you're threatened with a loss, you finally get your crap together, and you move forward and do what you need to do."

Yet another challenge for Kansas City is that the number of families with children in the public schools has dramatically declined. Enrollment reached 77,000 in the late 1960s. Today, it's fewer than 16,000.

Interim Superintendent Stephen Green says the numbers have dwindled because Kansas City parents don't feel that their schools are good enough or safe enough for their children.

"And I think they have good reason. I think we have not performed well," he says. "It's our responsibility to reverse that trend ... particularly to change it — 180-[degrees] is going to be an uphill climb."

He expects it will take three to five years to turn around.

"I'd love to be able to say that I could snap my fingers and make it happen right away, but that's the reality," he says.

Any turnaround will have to meet modern educational metrics: the hard numbers that translate to achievement. Green has a math problem to solve.

"If five or six students per grade level per building were to make movement from 'below basic' to 'basic,' or 'basic' to 'proficient,' we will meet these academic achievement targets," he says.

Green says the district has already met two more of the 14 standards to win back accreditation. So far, none of those standards has been academic. There are still nine more measures to tackle.

When City And School Problems Collide

Schools these days have other vital responsibilities that may not be tied to accreditation. For example, by the district's numbers, roughly 9 percent of Kansas City public school students are homeless.

This year, the district opened a shop with school supplies and uniforms — even socks and underwear — for parents who can't afford them for their children.

Fred Hudgins, who volunteers at the shop, has had three children in the public schools. He's a crane operator, but is between jobs now. He believes that Kansas City's failing grade could be a kind of wrecking ball to help the schools build something better.

"You have civic leaders, you have politicians, the mayor even came in and gave a plan, which has never happened that I'm aware of [in] over 40 years," he says. "And I think we're starting to look at how ... we fix our city because, truly, this is a citywide problem. It's not just in the school district."

Kansas City public schools have two years to try to gain back the state's accreditation. That's time they may not get. The bill working through the state Senate would dissolve the school district this summer. The schools operate in uncertainty each day.