Accessibility links
Oscars 2012: Time To Make Your Final Picks Sunday night is Oscar night, and we'll be here for the whole thing. 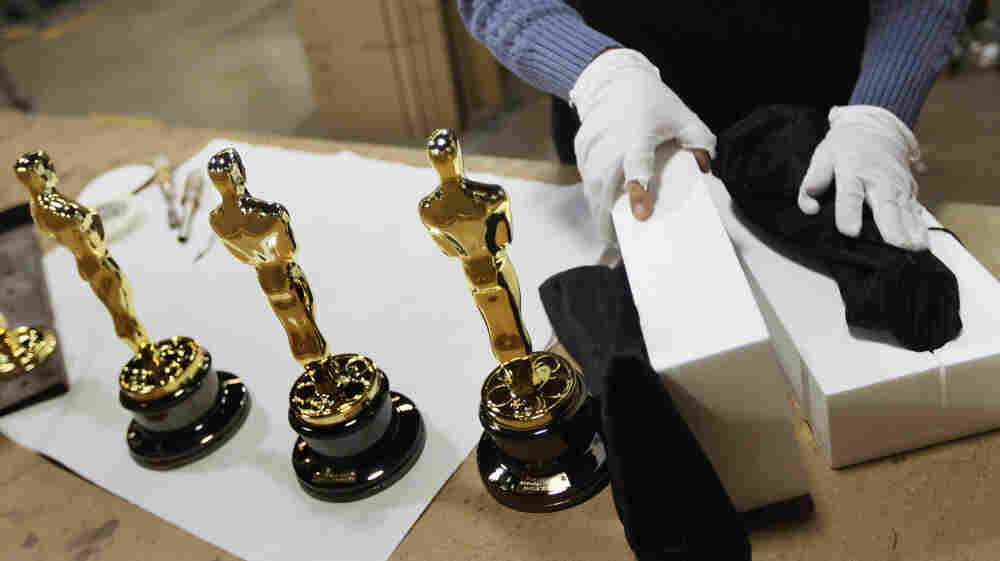 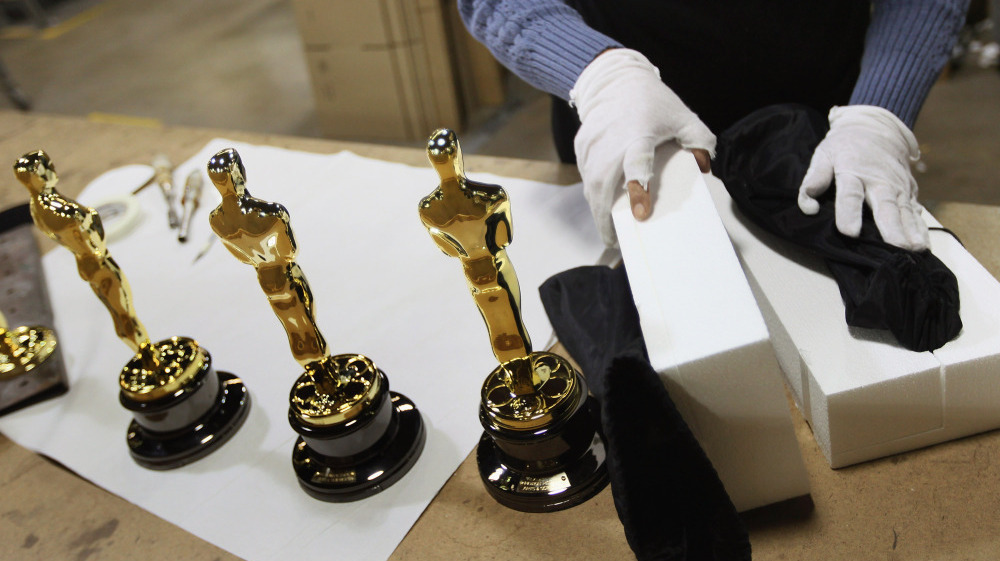 Conventional wisdom is coalescing around the idea that The Artist is likely to take home Best Picture, but what about all the other categories? (If you need a refresher, here's the full list.)

Best Actress would seem to come down to The Iron Lady's Meryl Streep, who is always a good guess because she's Meryl Streep, and Viola Davis, who elevates The Help considerably and has rapidly become one of the best-regarded actresses in Hollywood. The Iron Lady got Streep a lot of positive marks for her evocation of Margaret Thatcher, but the movie overall didn't become a critical favorite. (Not that The Help did, either.)

Best Actor is oddly open, with Jean Dujardin a solid choice for The Artist, and both George Clooney (The Descendants) and Brad Pitt (Moneyball) in the mix. My guess is that it won't be Gary Oldman or Demian Bichir, but any of the other three are perfectly possible.

The supporting categories are tricky, too. My guess is that Best Supporting Actor will go to Christopher Plummer for Beginners, but Max von Sydow gave a very showy performance in Extremely Loud And Incredibly Close, which apparently enough people liked that it got a Best Picture nomination. The Help has strong contenders on the Supporting Actress side, with Octavia Spencer and Jessica Chastain both plausible winners (Chastain was almost amusingly prolific this year in films that were pretty highly thought of, including The Help, The Tree Of Life, The Debt, Coriolanus and Take Shelter). But there's also Berenice Bejo, who could benefit from The Artist momentum, and Janet McTeer for Albert Nobbs, and — of course — Melissa McCarthy, the only person nominated this year for a pure comedy performance in Bridesmaids.

It could be a pretty dull night in terms of the actual awards, with The Artist potentially becoming the "well, at least it was fun" choice of a tired bunch of voters. But there are also other films that could surge. The Help won Best Ensemble at the SAG Awards, and it's not bad to have the acting branch on your side. Hugo is Martin Scorsese, and it doesn't hurt to be Martin Scorsese. (Ditto Midnight In Paris and Woody Allen.)

Beginning at 8:00 Sunday night, I'll be liveblogging the ceremony with Marc Hirsh and Mark Blankenship (both names that are familiar on the blog), and we'll welcome your comments as well. The Oscars can be really ridiculous, but now and then, they do become utterly spellbinding, and you never know when that might happen.