Accessibility links
Cutting Off Long Oscar Speeches: In Defense Of The Conductor If you're ever tempted to blame the conductor who plays off the long acceptance speeches, you shouldn't — it's the producer's fault. 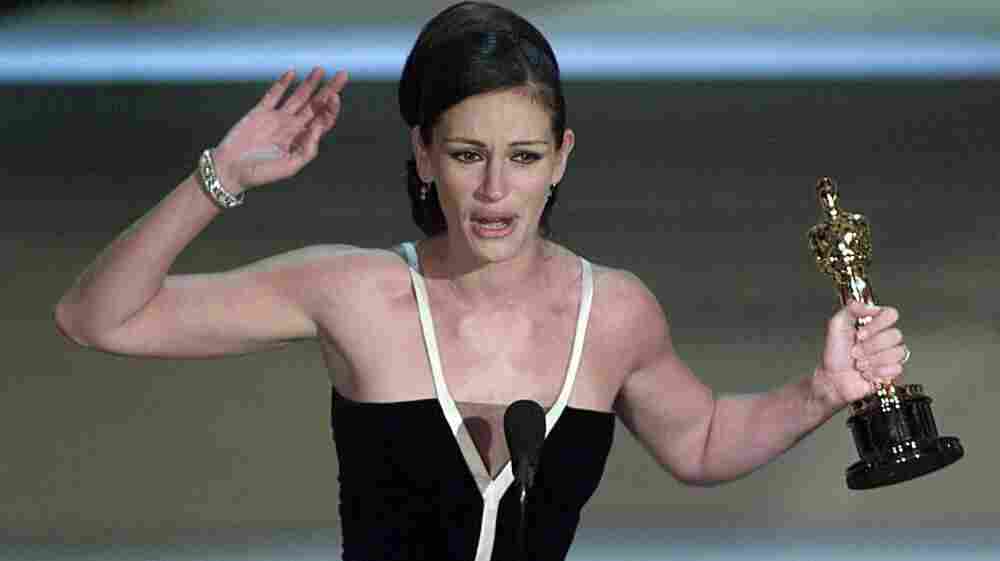 Actress Julia Roberts holds her Oscar for Best Actress for her role in Erin Brokovich at the 73rd Annual Academy Awards on March 25, 2001. Timothy A. Clary/AFP/Getty Images hide caption 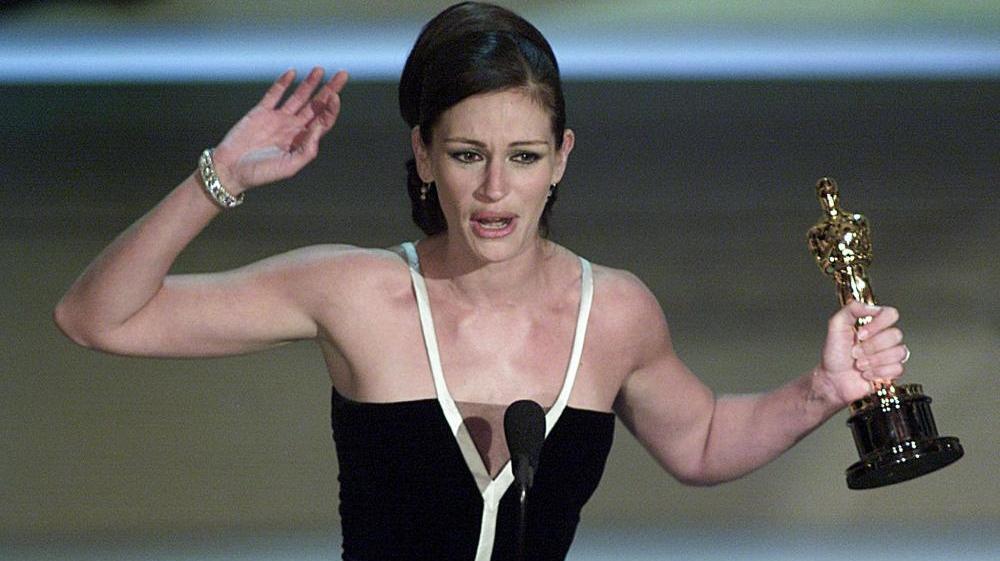 Actress Julia Roberts holds her Oscar for Best Actress for her role in Erin Brokovich at the 73rd Annual Academy Awards on March 25, 2001.

That song they play when a winner goes on too long at the Oscars? It has a name.

It's called "Too Long." Okay, not a creative name, but a name. Every conductor has a name for the get-off-the-stage music, and "Too Long" belongs to Bill Ross, who conducted the orchestra at last year's ceremony. And Bill wants you to know, it's not his call to interrupt speakers in what is possibly the best moment of their lives.

"It's the director of the show," Ross says. "The producer of the show. When I did the show the first time, that's one of the things my kids asked me about. 'Don't play 'em off, dad. Let 'em stay up there longer!' And I'm thinking, 'oh my.' That's the confusion. People think it's the guy with the baton who's making that call. And I assure you it's not."

And really, music is a pretty polite way to end a speech. Consider how they did it in 1956, when Dorothy Malone won Best Supporting Actress. Says historian Jim Piazza, "She went on for five minutes. And nothing they could do could stop her. And finally Jerry Lewis rushed out and took out his pocket watch and swung it in front of her face. And that was her cutoff."

So Sunday night, when the piano starts noodling and forcing some poor actress or director or sound mixer off the stage, don't blame the conductor. He's just doing his part to help keep the Oscars the short, fast-moving, seven-to-eight-hour ceremony it's meant to be.