Accessibility links
Sci-Fi Invasion: A Weird, Brilliant Vision Of Earth Get ready: In 2013, an alien race called the Boov are going to invade Earth. Or, at least, that's what happens in Adam Rex's vision of the future. Author Gin Phillips says that The True Meaning of Smekday stuck with her. Do you have a favorite book about aliens? Let us know in the comments below. 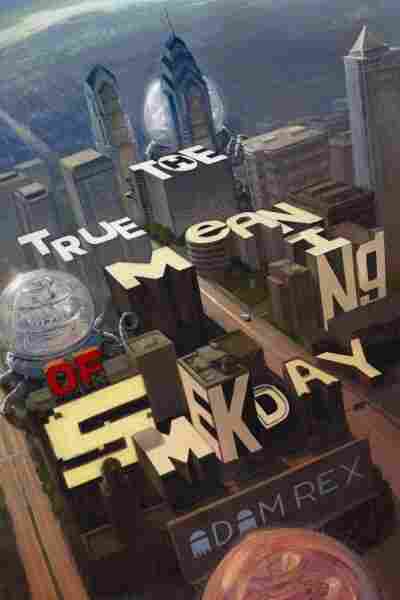 The True Meaning of Smekday

Gin Phillips is the author of Come In and Cover Me and The Well and the Mine.

One way I judge the impact of a book is how its various bits and pieces wangle their way into my daily life. Do certain phrases stick in my head? Am I unable to resist reading it aloud to my husband? Days and weeks after I finish it, am I quoting from it — to my family, to my dog, to an empty kitchen?

I read Adam Rex's young adult novel, The True Meaning of Smekday in 2007, and I was immediately hooked on its weird, brilliant vision of an Earth invaded — and later abandoned — by a hostile alien race called the Boov. My whole family liked it so much that reading it out loud soon replaced the Nintendos that usually dominate our car trips.

Now, years later, Smekday references flutter around our house like a Boov's little frog-like hands. (The short, squat Boov also have garbage-lid sized mouths and eight miniature elephant legs.) When my 6-month-old baby clamps his lips in a certain way that squares off his round cheeks, we call him Boovish. My older kids like to spontaneously quote the scene where the 8th-grade heroine of the novel, Gratuity "Tip" Tucci, tries to teach a Boov how to play I Spy: "I spy, with my little eye, something that starts with ... G" she starts.

The book starts as a school assignment: Write an essay explaining "The True Meaning of Smekday." The topic involves the invasion of Earth in 2013 by the Boov, who renamed it in honor of their glorious Captain Smek. After a complicated turns of events, humans are now celebrating having their planet back. 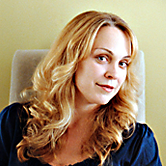 Gin Phillips has worked as a freelance writer for Southern Living, American Profile and Woman's World. She lives in Birmingham, Ala. ginphillips.com hide caption

Tip Tucci has a unique perspective. When all Americans are ordered to relocate to Florida, she hits the road and along the way meets a dental-floss-eating, sushi-scented renegade Boov (since his Boovish name is unpronounceable, he chooses the well-known Earth name J. Lo. Later, realizing the name wasn't as typical as he thought, he briefly considers changing it to Dr. Henry Jacob Weinstein, Spoon Possums, and The Notorious B.B. Shaq Chewy). The two join up to find Gratuity's missing mother and, eventually, to save the world. It's part Huck Finn, part buddy movie, part On the Road.

It's also deeper than you might expect. Rex has plenty to say about power, race and imperialism — and he handles it with an amazingly light touch. One minute you're reading about how the Boov have "seven magnificent genders" (boy, girl, boygirl, girlboy, boyboy — you get the idea), and the next minute you're considering how the forced relocation of the humans reminds Tip of what she knows about the concentration camps in Word War II.

There are other echoes of various human oppressions. Captain Smek addresses the humans as "Noble Savages of Earth." When the Boov decide all Americans should move to the Human Preserve in Florida, the captain stresses these will be "gifts of lands that will be for humans forever." Then the Boov decide they like the feel of nice ripe oranges on their feet, and they take back the land and send all the humans to Arizona instead. It's a book that acknowledges, as Tip says, that "history is written by the winners."

And here's one more way Smekday has forever invaded my life ... well, two more ways. It taught me that urinals have deodorizers (which might be, to some species, delicious).

It also left me perpetually yearning for a Boov of my own. For a hostile invading force from outer space, you really miss them when they're gone.

The True Meaning of Smekday is a book that includes aliens, flying cars and a cat named Pig. But for all the silliness, I'd recommend it to anybody.