Accessibility links
Business Boot Camp Gives Veterans A New Start Veterans coming home from Iraq and Afghanistan are facing an unemployment rate twice that of civilians. But a consortium of business schools has been teaching service members that their military experience can give them the right skills to become successful business owners. 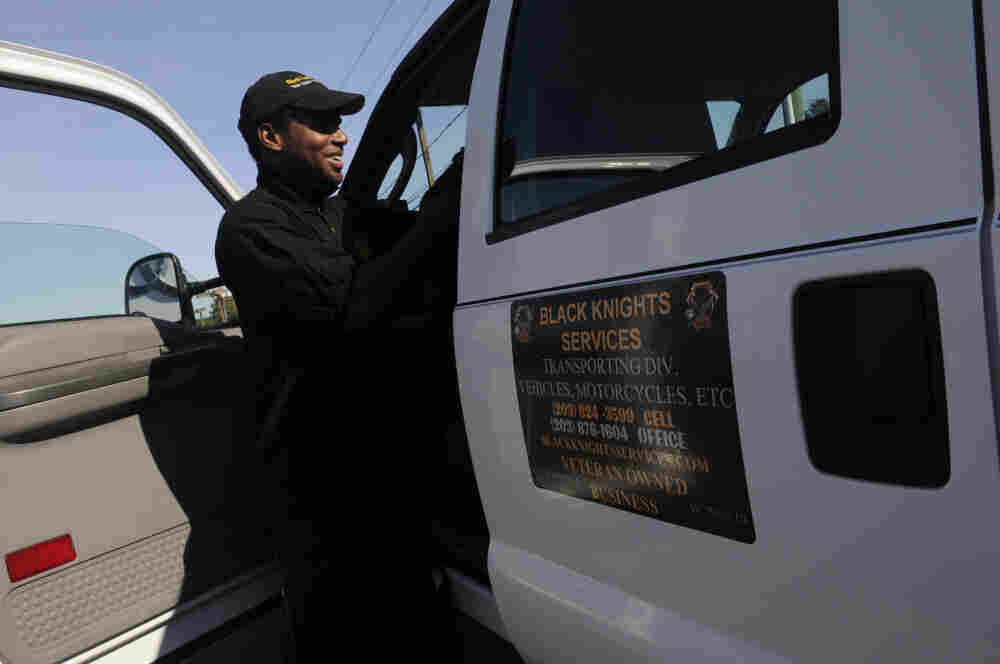 Edward Young, whose automotive transport business is based in Milford, Conn., arrives to pick up a car to be delivered to Pennsylvania from the Valenti auto dealership in Watertown, Conn. Rick Hartford/Hartford Courant hide caption

The pullout of American troops in Iraq and those returning from Afghanistan have brought many service members back to their families and into the civilian job market.

While there is a new law that offers incentives to employers who hire them, many veterans across the country are trying to start their own businesses. A rigorous, free program started at Syracuse University is giving them the tools to be their own boss.

You know, it's easier just to get away. It seems like I'm avoiding life at home, but being on the road is like being deployed, it's kind of the same thing. Keeping busy.

Twenty-five-year-old Edward Young spends a lot of time in his Ford truck. It's an F-350 Dually that tows an enclosed two-car trailer. Young lives in Connecticut and runs an auto transport business that takes him all over the country to pick up and drop off vehicles. This delivery in a suburb outside Hartford is a jaw-dropper: He's unloading a 1989 black Rolls-Royce.

"It's a boat! Really, it's probably about a good 19 feet long," Young says. "Black and leather, I think it's even got heated seats. It's a beautiful car, practically brand new."

Just four years ago, Young was in Iraq driving convoys as a Navy Seabee. After a year-long deployment, he came home and struggled with finding work and drinking too much. He had trouble connecting with his family and became suicidal. Young ended up getting counseling for post-traumatic stress disorder at the local VA hospital. He says the long-distance drives help him cope. 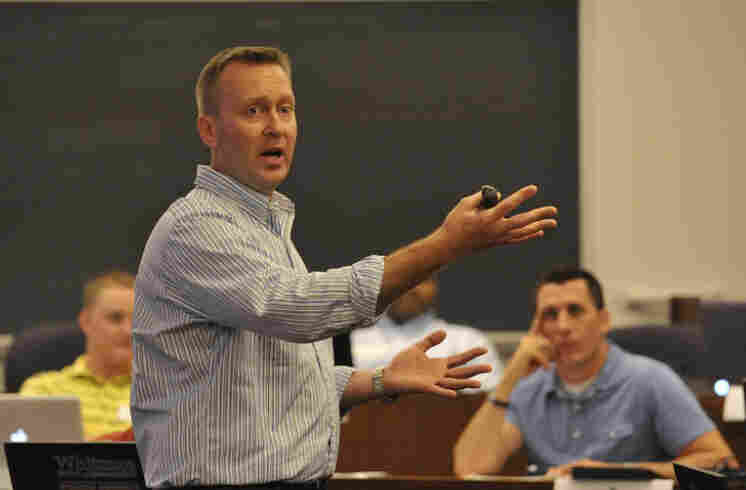 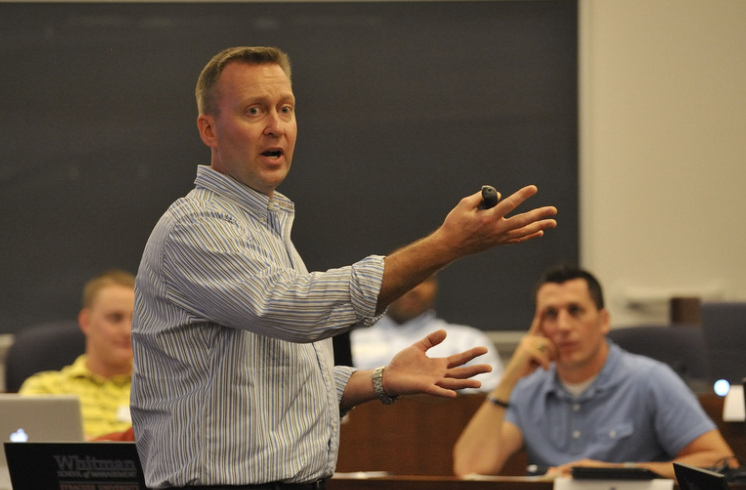 "You know, this is easier just to get away," he says. "It seems like I'm avoiding life at home, but being on the road is like being deployed, it's kind of the same thing. Keeping busy."

When he left the service, Young thought about running his own business. After attending a veterans' forum at a local community college last year, he learned about the Entrepreneurship Bootcamp for Veterans with Disabilities at the University of Connecticut.

Mike Haynie, a former Air Force officer and professor of entrepreneurship at Syracuse, came up with the idea, known as EBV, in 2007. Today, Syracuse, UConn and six other business schools run the free training program that helps veterans learn everything from business and marketing plans to creating their own websites and logos — all free of charge.

Haynie says veterans are drawn to the intensity of the two-month program. He recalls the story of one EBV graduate in particular. "He said as a Marine infantry officer, 'I learned how to make sense of chaos and I learned how to make decisions in the face of chaos' and really, that's what entrepreneurship is all about," Haynie says.

I have a very, very long list of successful alumni in a broad spectrum of industries who have come to us and said, 'If you have a veteran interested in starting a business in real estate, or media or whatever it is, let me help them, let me mentor them.'

Since 2008, more than 400 veterans have completed EBV. Nearly 70 percent of them have launched a business. Haynie says a large alumni network is one of the keys to their success.

"I have a very, very, very long list of successful alumni in a broad spectrum of industries who have come to us and said, 'Listen, if you have a vet who is interested in starting a business in real estate, or in media or whatever it is, let me help them, let me mentor them,'" Haynie says.

Marine Brian Iglesias is an EBV grad who launched his own film company in 2009. "My mentor was the VP for distribution for Fox Searchlight," Iglesias says. "You couldn't get any better than that."

Haynie says the wait list for EBV keeps growing. Last year there was room for only 35 percent of the nearly 500 veterans who applied.

Even with EBV's training and connections, Ed Young still struggled to get his business started. He applied to 10 banks before finding one that would give him a loan. And he's just starting to make money. Despite the challenges, Young says he's happy being his own boss, and now he's going to work on his personal relationships.

"I have problems connecting with people all the time," Young says. "Especially family members. It just feels like I missed a lot in everyone's life and it's like trying to play catch-up."

Young's plan is to keep driving, so he can make enough money to expand. He says he'd like to hire a fellow veteran because the camaraderie of military life doesn't end once the service is over.