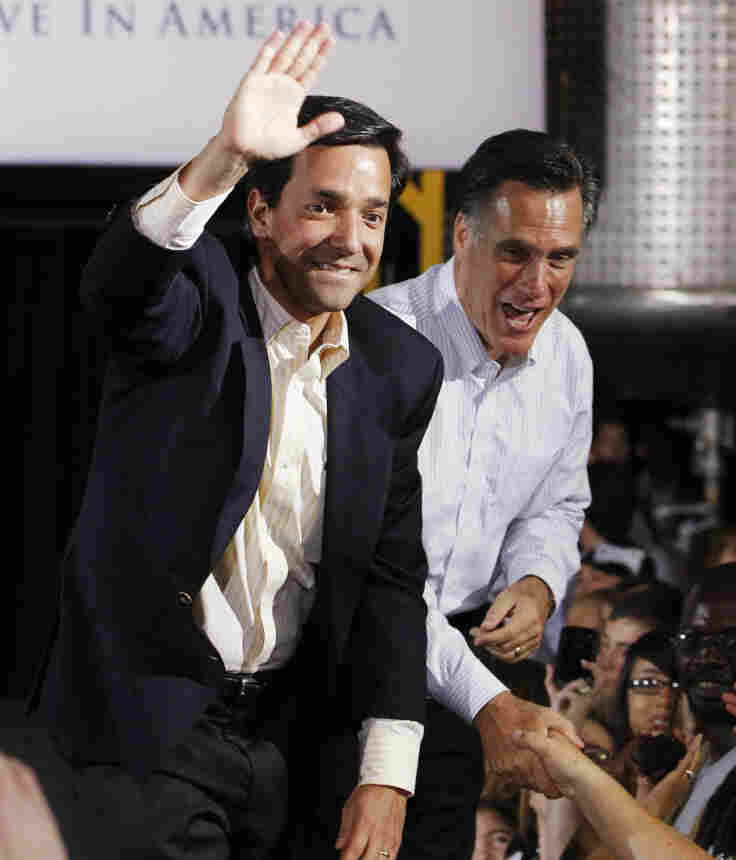 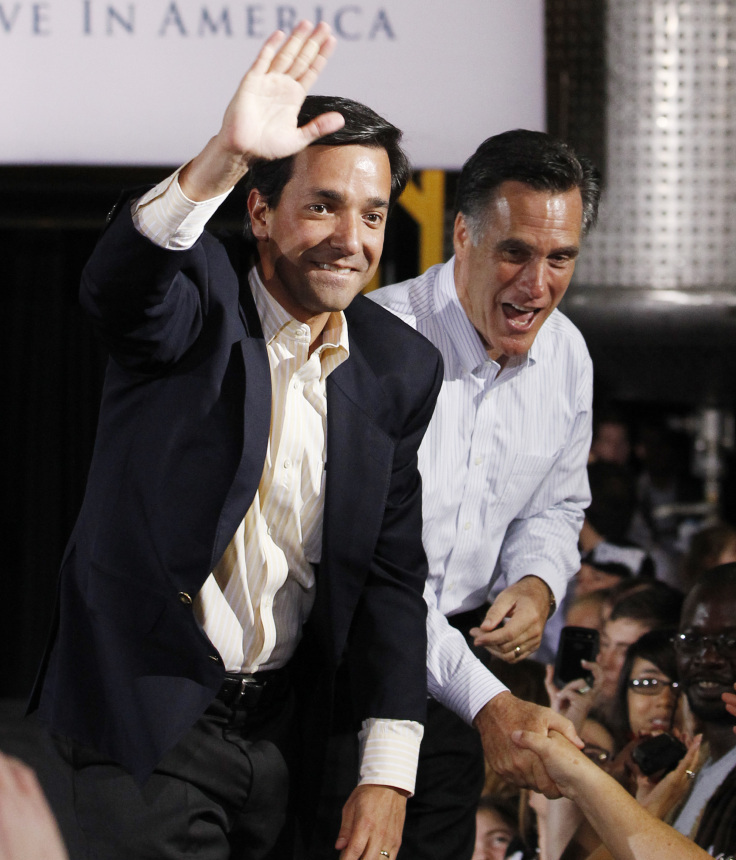 Residents of Puerto Rico are U.S. citizens, but they get a say in who should be president only by voting in the Democratic and Republican party primaries. Because Puerto Rico is a territory, not a state, Puerto Ricans are not allowed to vote in the general election. The political parties, on the other hand, can set their own nominating procedures, and on occasion Puerto Rico becomes a primary battleground.

Four years ago, Hillary Clinton and Barack Obama fought hard for Puerto Rico's delegates. This year, it's the Republican primary on March 18 — and the territory's 23 delegates — that could prove important.

"We're expecting at least 300,000 people to come out to vote," says John Regis, the Republican Party's finance chairman in Puerto Rico. "If there's a close race, the number should be a lot higher than that."

In the absence of a general presidential vote, Puerto Ricans are being urged to vote in the Republican primary. Party affiliation does not really matter on the island, because most Puerto Ricans do not identify with either national party.

"Some people just call to say which candidate they like most," Viera says. "Others are basically concerned about what the position of the candidates will be toward Puerto Rico and statehood."

A debate has raged for decades in Puerto Rico over whether the territory would be better off becoming the 51st state, remaining as a territory or declaring its independence. Any mainland candidate competing for Puerto Rican votes needs to have a position on statehood — yes or no. The main political parties on the island divide on that question, one favoring statehood, one favoring the status quo.

All four major Republican candidates will be on the ballot on March 18. Mitt Romney appears to be in the strongest position, if only because he got a big endorsement last month from Luis Fortuno, Puerto Rico's governor, who is both a Republican and the leader of Puerto Rico's pro-statehood party.

Fortuno, 51, previously served as Puerto Rico's resident commissioner in Washington, D.C., representing Puerto Rican interests in the U.S. Congress as a nonvoting member. The first Republican governor on the island since 1969 and just the second since 1949, Fortuno was elected in 2010 on a wave of voter anxiety.

I am convinced that [Romney] will eventually put out an immigration policy that will be more in line with what a lot of other Republicans have been putting out, a more comprehensive approach.

"When I came in, I was facing the worst state budget deficit in the country," Fortuno said in an interview in his grand 16th century residence in old San Juan. "We were very close to being downgraded to junk status [on our bonds]. We were able to walk away from the abyss."

Puerto Rico, Fortuno argues, is now on a much sounder fiscal foundation.

"What we did was 75 percent [budget] cuts, 25 percent closing [tax] loopholes," he says. "So we raised some money there. But at the end of the day you want to grow. And in order to grow, you want to reduce regulations [and] merge government agencies, to make it easier to do business. And lower taxes. And that's what we've done."

Talk about an approach Republicans like. Fortuno, a U.S.-trained lawyer with a neat, boyish appearance, has been mentioned as a possible vice presidential candidate. His fiscal policies impress Republican leaders. They also see him as someone who can attract Hispanic voters to the party, and Fortuno makes regular appearances at Hispanic events around the U.S.

"We share the same values, more often than not," Fortuno says. "Whether it's Cubans, Mexicans, Guatemalans or Venezuelans, we're all proud of what the other is doing, and [we know] what are each other's concerns, and we work as a team."

But when asked his opinion of the Republican candidates' discussion of immigration issues during the primary campaign, Fortuno rolls his eyes.

"I think it's been awful," he says. "Really. I feel a lot of people have missed the point."

Fortuno says he does not dispute that the U.S. border needs better security. "Especially after 9/11, we all agree that the border has to be protected," he says. "All I'm saying is that the way [the immigration issue] has been posed, especially the tone that has been used, at times is counterproductive."

Fortuno's own favored Republican candidate, Romney, has actually taken the toughest stance on immigration during the campaign, and Fortuno agreed to endorse him only after discussing his immigration views with him. "I raised the issue," he says. "I am convinced that he will eventually put out an immigration policy that will be more in line with what a lot of other Republicans have been putting out, a more comprehensive approach."

Other Republicans, including Newt Gingrich, have conditioned their support for Puerto Rican statehood on the territory agreeing to adopt English as its official language. Right now Spanish and English are both official on the island, and the idea that English should take precedence irritates many Puerto Ricans, including. Fortuno.

"Let me tell you," he says, sternly. "We polled this issue. Over 90 percent of parents in Puerto Rico want their children to be totally fluent in English. That's not an issue. For me, it's a states' rights issue. I resent Washington telling states, or the residents of those states, what to do and what to think.

"I am making sure, as the governor of a territory, that our kids speak fluent English," he says. "But having said that, I will tell my wife I love her in Spanish, and I will pray in Spanish, and no one from Washington should come down here and tell us how to go about it."

Puerto Ricans are proud, and an effort to make them adopt English as their one official language could backfire on those who push it. If in the coming weeks, the Republican presidential race is still wide open, some candidates may come here seeking primary votes. But they should be warned: In Puerto Rico, an election message has to be tailored to Puerto Rican concerns.