Accessibility links
Egyptians Prepare For Wide-Open Presidential Poll More than a dozen candidates are seeking to become Egypt's next president in what looks to be the most competitive election ever. Still, many Egyptians fear those in power will try to manipulate the process. 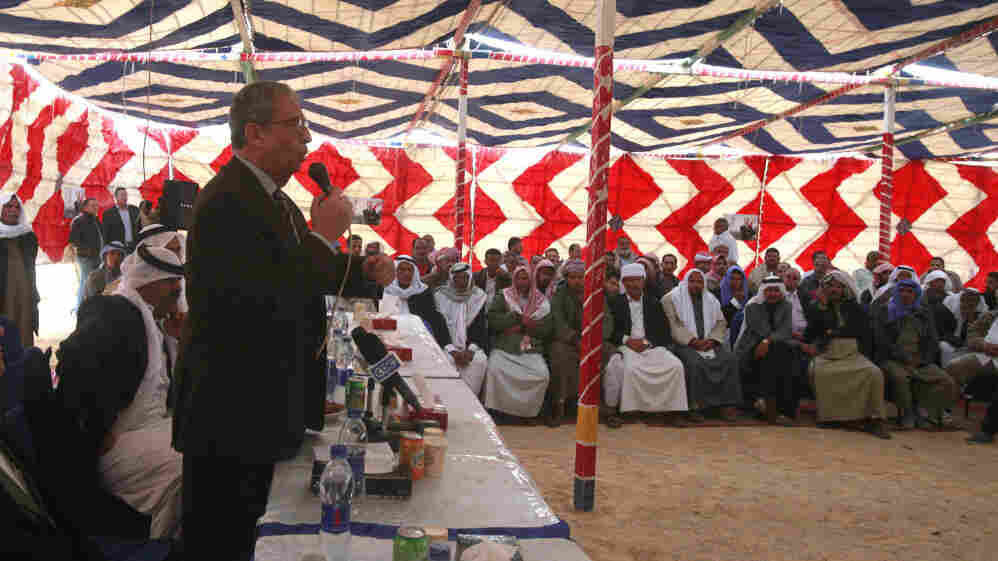 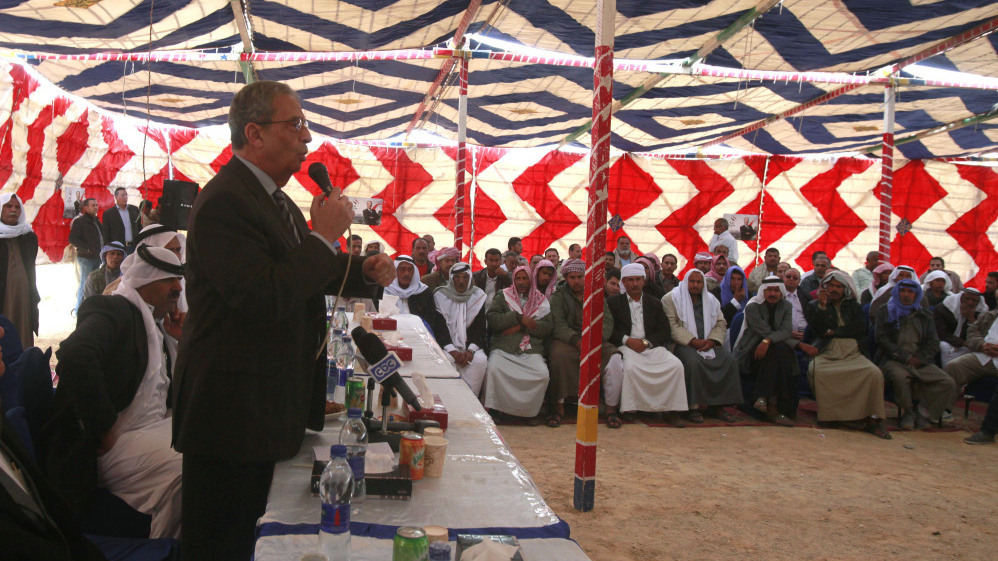 Egypt's presidential race officially kicks off Saturday, and there are already more than a dozen contenders for what is expected to be the most competitive presidential election ever.

Nevertheless, many Egyptians fear those currently in power will try to manipulate the process to make sure that a candidate of their choosing wins.

At 41, Khaled Ali is the youngest Egyptian vying to be his country's next president.

Hundreds of supporters turned out Monday night to hear the labor lawyer announce his candidacy in downtown Cairo. Many of his supporters are students and activists who were on the front lines of the popular uprising a year ago that forced out the last Egyptian president, Hosni Mubarak.

Ali says whoever is elected must be more accountable to Egyptians than Mubarak, who spent nearly 30 years in that post. Ali vows that if he's elected, he'll empower impoverished Egyptians and defy the ruling generals and other Mubarak allies still wielding power in the country.

The fact that Ali can announce his candidacy, let alone openly speak out against the establishment, shows how much things have changed since last year's revolution.

"You've never had a race like this in Egypt," says Issandr El Amrani, the Cairo-based author of the blog The Arabist.

"Even the last presidential elections, where you did have a couple of token opponents to Hosni Mubarak, it was always clear he was going to win," Amrani says. "Here it is exciting because there is uncertainty."

Egyptian historian Mahmoud Sabit says what's helping make this a real race is that the Muslim Brotherhood — which dominates parliament — and the ruling military council have not backed any candidates so far.

"Even if you are going to have a certain political infighting behind closed doors, at least it's various factions fighting each other," Sabit says. "It's not a one-party state imposing their candidate, who has been chosen through a system where the population has absolutely no say."

The candidates emerging so far represent a broad spectrum of ideologies and experience. Some are political veterans like Amr Moussa, who is the former secretary general of the Arab League.

Many in Egypt view the 75-year-old as the frontrunner. He is widely respected as a politician and is a staunch supporter of the revolution. But whether this secular candidate will appeal to Islamists — who make up a vital voting bloc — remains to be seen.

Another prominent candidate is Ahmed Shafik. Egyptians associate him with the old regime and ruling generals. He was the last prime minister under Mubarak and a senior commander in the air force.

Another leading contender is an Islamist, Abdel Moneim Aboul Fotouh. An Egyptian physician and former liberal leader within the Muslim Brotherhood, he was expelled from the movement for choosing to run in the presidential race.

But analysts say he remains popular with many Islamists and secular Egyptians.

The only repeat candidate is Ayman Nour, a former lawmaker who was jailed after challenging Mubarak in the 2005 election. He was the first runner-up, although he received only 7 percent of the vote, according to official counts.

The lone female candidate seeking the presidency so far is Buthayna Kamel, a former TV presenter. She's been traveling across Egypt since last spring to garner support.

Kamel predicts the field will narrow considerably after the registration period ends in April. She says that's because getting 30,000 voter signatures or the backing of 30 members of parliament will be difficult if not impossible for most candidates.

Another hurdle, says candidate Nour, is the judges the ruling military council have appointed to run the elections. Nour argues their decisions can't be challenged given that the same rules that ensured Mubarak's re-election time and again still apply.

Nor is it clear exactly when the elections will be held. Critics of the ruling generals want the polls held quickly to force them to hand over power to civilian authorities.

But the generals have balked at changing their planned date for the elections, which is the end of June.