Accessibility links
Record Low Interest Rates Raise Inflation Concerns The Federal Reserve plans to keep short-term interest rates near zero until 2014, about 18 months longer than planned. Rates have already been low for several years, and there's much debate about the benefits and costs of the Fed's policies — including the message it sends that the economy's recovery is slower than expected. 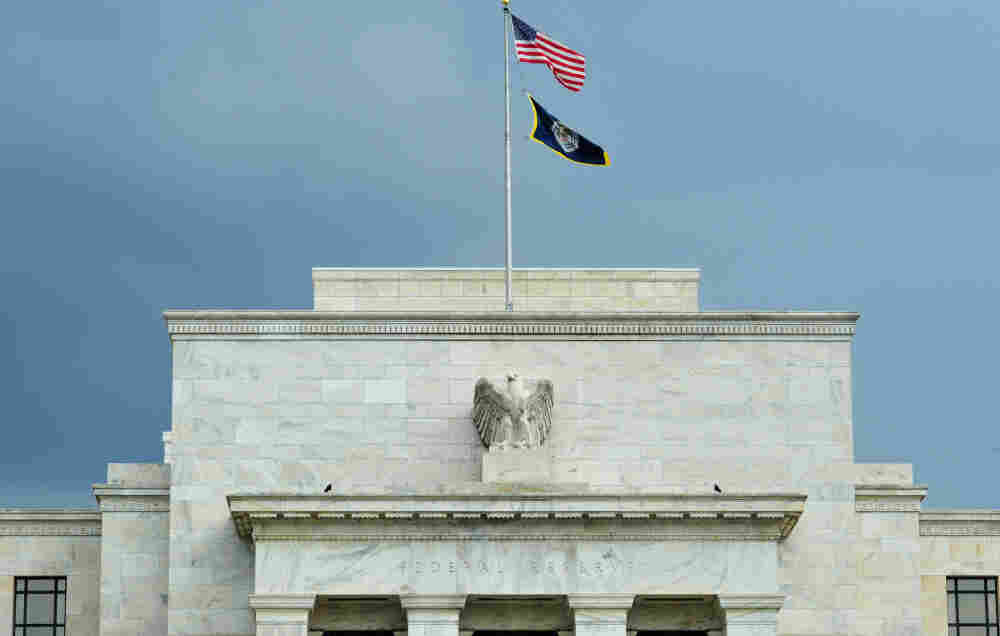 The Federal Reserve plans to keep short-term interest rates near zero until 2014, and some critics are concerned about the risk of inflation and the message it sends about the economy. Karen Bleier /AFP/Getty Images hide caption 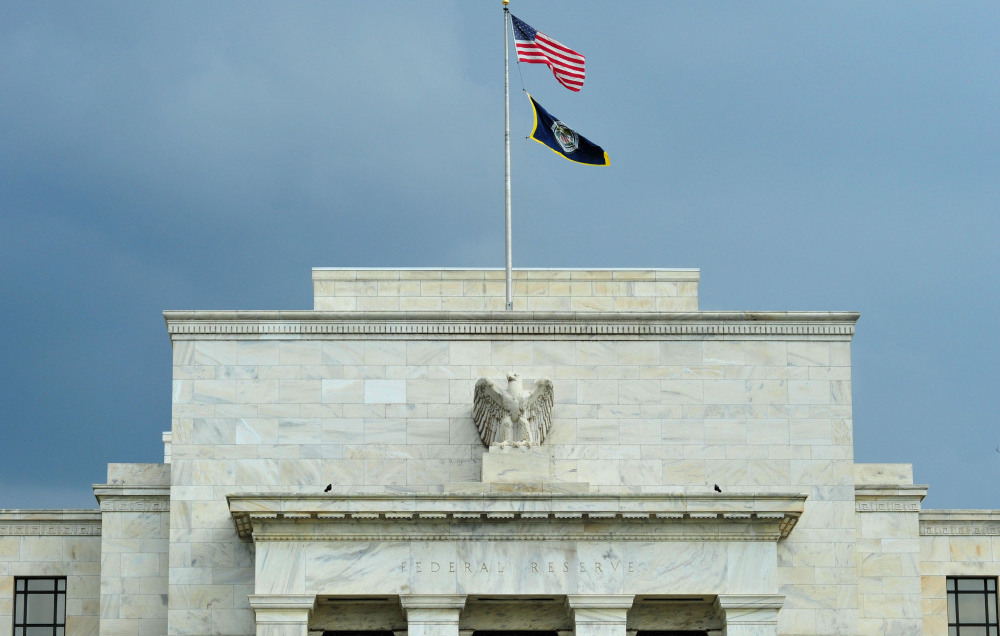 The Federal Reserve plans to keep short-term interest rates near zero until 2014, and some critics are concerned about the risk of inflation and the message it sends about the economy.

The goal of the Federal Reserve's low interest rate policy is to juice the economic recovery. The low rates should make it easier for people to borrow money, which they'll hopefully spend; the increased demand for goods and services is then supposed to translate into more hiring.

That's what the Fed is banking on. It hopes low interest rates will help with its mandate of achieving maximum employment, but it also has another mandate: to keep prices stable.

The Fed has kept the federal funds rate, which serves as the basis for most other types of interest rates, near zero since the end of 2008.

"In many cases, those two conflict," says economist Joe Gagnon of the Peterson Institute for International Economics.

Gagnon says you can understand the conflict of the Fed's dual mandate with this analogy: Imagine you have a big family, and you need an equally big car to cram them all into.

"You also don't want to pay a lot for gas, so you want a fuel-efficient car," he says, "but in many cases, the largest cars tend to have the worst fuel economy."

Gagnon says you often have to trade off between the two, and that it's the same for the Fed.

"When they try to push the unemployment rate down, in other words to increase employment and get the economy to grow faster, that can raise inflation, which jeopardizes the stability goal," he says. 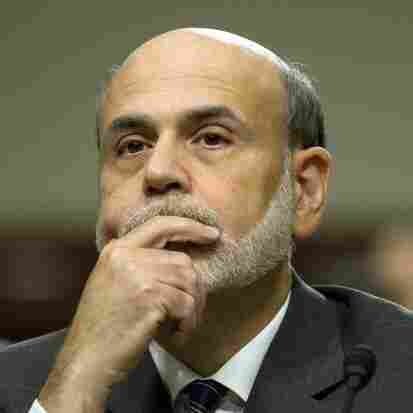 Federal Reserve Chairman Ben Bernanke is testifying before a House committee Wednesday about what the Federal Reserve has done to help the economy. Jim Watson/AFP/Getty Images hide caption 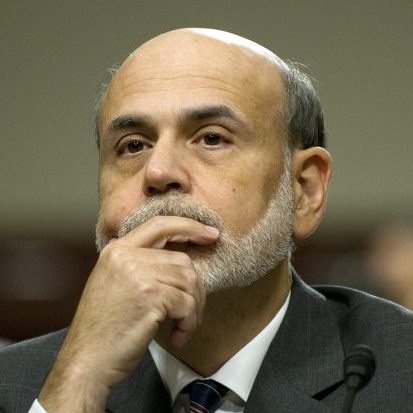 Gagnon thinks the Fed can safely do both at once: It can try to help the labor market without stoking inflation. It can get a big car with good gas mileage.

But critics of the Fed's current policies disagree, and some of those critics come from within the Fed system.

The president of the Federal Reserve Bank of Minneapolis, Narayana Kocherlakota, has voted against the Fed's easy-money policies because of the inflation risk they pose. He is not currently a voting member of the rotating committee that makes decisions on interest rates, but his concerns about inflation persist.

"We're going to have to pay some costs in terms of inflation if we're going to go down this path of using accommodative monetary policy to go after long-term unemployment or try to bring people back into the labor force who are not currently in the labor force," Kocherlakota says.

He worries that inflation could climb above the 2 percent range the Fed deems acceptable, as it already has during the recovery. A big, sudden jump could send the Fed scrambling to raise rates.

"The concern is that if you go down this path, [then] you'll see realizations of inflation that will trigger a lack of trust in the central bank's ability or willingness to keep that target," he says. "The cost you suffer is the loss of trust."

Robert Dye, an economist with Comerica Bank, says he thinks there's a danger to the Fed's own credibility. He says short-term rates have been near zero since 2008, and to keep them low for another 18 months is, in his view, unprecedented.

Among the groups harmed by low interest rates, Dye says, are savers who can't get a good return on deposits; other problems may not even be discernible — yet.

"The longer we're in an extreme position relative to historical patterns, the more we risk these unforeseen and unintended consequences," Dye says.

One such consequence could have to do with the message the Fed is sending about the economy. It's keeping rates low because the recovery is still weak and needs a boost. Dye and other economists say that vote of no confidence could by itself be harmful.