Accessibility links
Two Books For Kids About How Hard It Is To Fit In In February, the young readers in NPR's Backseat Book Club read a pair of books: The Hundred Dresses by Eleanor Estes and Shooting Kabul by N.H. Senzai. They were published 60 years apart but share similar themes about standing out, getting teased and being strong. 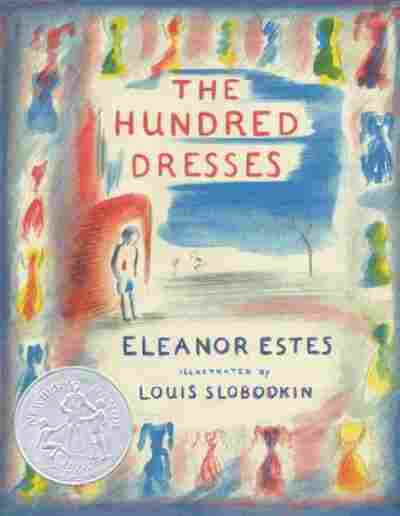 One of the great things about being a reader is that over time, the books on your shelf seem to start talking to one another. Themes echo and resurface and resonate in new ways. That's why in February, NPR's Backseat Book Club — our monthly feature aimed at young readers — selected a pair of books published 60 years apart that still seem to speak directly to each other.

The Hundred Dresses, a children's classic written in 1944 by Eleanor Estes, is about Wanda Petronski, a Polish schoolgirl whose classmates tease her for wearing tattered clothes. The story was inspired by a little girl Estes remembered from her own childhood who was picked on by other kids. Estes' daughter Helena says her mother never forgot that little girl — but she didn't know what became of her.

"As an adult, once she had become a writer, she figured that the only thing she could do was to write her story ... and that in itself, I think, is very, very touching," Helena Estes says.

Over six decades, The Hundred Dresses has touched millions of kids with its poignant tale of bullies and bystanders. Helena Estes can attest to that. She's a children's librarian and says her mom's book is in constant circulation. After all, everyone feels like an outsider at some point.

"Perhaps they've been mean to somebody and regretted that, or perhaps they've stood aside and done nothing when they knew they should have spoken up," Estes says. "I think that all children recognize that has happened to them and to others, and so the book really speaks ... to everybody."

Since Shooting Kabul is all about places, people and photographs, we asked you to send us images of the people and places you love. This gallery is just a sampling of the hundreds of beautiful submissions we received.

The main character in our second book certainly feels that way. In Shooting Kabul we meet Fadi, a little boy who is a refugee. He and his family escaped from the Taliban's grip in Afghanistan one night in the summer of 2001. During the harrowing journey, Fadi's little sister drops her Barbie doll and gets separated from the family as they climb onto a truck and speed away into the night. Fadi's family ends up in Northern California, and as they struggle to assimilate, Fadi also struggles with his guilt; he feels responsible for losing his sister Mariam, because he was supposed to be holding onto her hand.

Fadi arrives in the U.S. with just a few cherished items: his favorite book and his camera. The title — Shooting Kabul — refers to the photos he loves to take. In school, it's difficult for him to fit in; he struggles to learn the language, culture and customs of America. 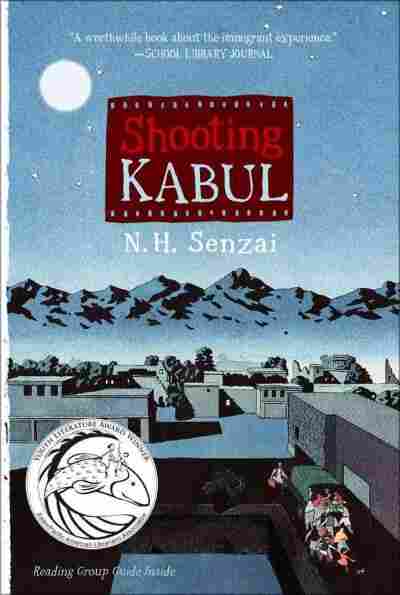 Then Sept. 11 happens, and navigating his new country becomes even more difficult for Fadi. "He, being an Afghan — he, being a Muslim — faces a lot of issues that happen in the grown-up world," says author Naheed Senzai. "And as we know, they trickle down onto the playground at school."

For many authors, it's a challenge to write books that explore emotionally complex terrain yet remain accessible to children. But Senzai has faith in her young readers. "I always think kids are smarter than us in many ways," she says. "They may be in the background, they may be — as you say — sitting in the back seat. But they know what's going on around in the world."

The book that Fadi carried with him to the U.S. is another children's classic, From the Mixed-up Files of Mrs. Basil E. Frankweiler by E.L. Konigsburg. That sparked a question from one of our young readers, Ellie Carlile, a 12-year-old from Georgia whose father has served in the U.S. Air Force in Afghanistan. Carlile wanted to know how Senzai came up with the idea of connecting Shooting Kabul with a book written decades ago.

Senzai says Konigsburg's classic was one of her favorite books growing up. "When I was writing Shooting Kabul, I thought, well, this is a book about running away," Senzai explains. "I thought it would be wonderful to compare their stories, because in many ways Fadi and the main character, Claudia, face a lot of the same issues. They both have mysteries to solve."

There's that idea again — a thread that feels just as fresh in classic and contemporary works. Senzai didn't read The Hundred Dresses as a kid, but once she picked it up, she immediately understood why we paired the books together.

"I saw such immense parallels between Shooting Kabul and The Hundred Dresses," Senzai explains. "... These themes of bullying and acceptance and immigrants and becoming a part of the fabric in America is a theme that's played for many, many years."

For both Wanda and Fadi, art helps them endure the unkindness of their peers and lifts them up on their darkest days. Wanda draws all the dresses she wishes she had, and Fadi turns to photography to help find his lost little sister. "It's an outlet for expression," Senzai says.