Accessibility links
Putin Biography Chronicles Rise Of A 'Street Thug' Media suppression, corruption and murder have marked the regime of Vladimir Putin, who is running for his third term as president in Russia's election next week. His rise to power is spelled out in journalist Masha Gessen's new book, The Man Without a Face. 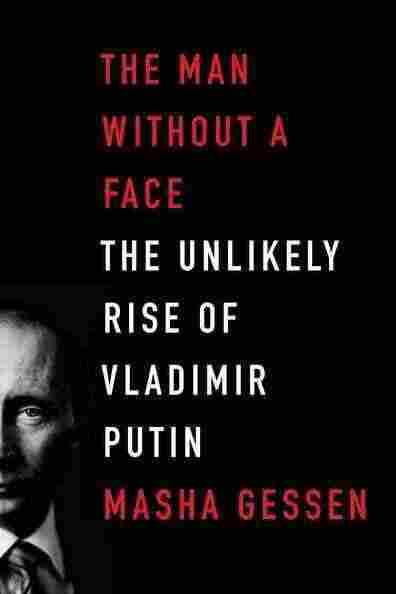 The Man Without a Face

The Unlikely Rise of Vladimir Putin

Media suppression, corruption and the murder of political rivals have marked the regime of Vladimir Putin, who is running for his third term as president in Russia's election next week. Despite mass demonstrations, he's expected to win.

How Putin rose to power is spelled out in Russian journalist Masha Gessen's new book, The Man Without a Face: The Unlikely Rise of Vladimir Putin. She says Putin, a KGB operative with little government experience before he was first elected in 1999, was specifically selected by the elite cohort that surrounded former President Boris Yeltsin.

"One of the very few requirements that Yeltsin's inner circle presented to people was that they had to be personally loyal to Yeltsin, who very much feared he would be prosecuted once he left office," Gessen tells Fresh Air's Dave Davies. "And one thing about Putin that seems to have been consistent throughout his career is that he does have a great sense of personal loyalty. I think Yeltsin's inner circle sensed this. And this is why Yeltsin picked Putin."

Over the years, Putin has created an image of himself as a "street thug," she says, and has made systematic efforts to dismantle the country's democracy and independent media. In 2004, Vladimir Gusinsky, the head of the largest private media company in Russia, was arrested after a series of raids on his headquarters. Putin's government alleged that Gusinsky had participated in illegal activity involving an obscure television company. Gessen, who was investigating the story, says the attack on Gusinsky was actually in retaliation for reporting information Putin didn't want to get out.

"It was somebody's personal vendetta, and it was clear that charges were switched and charges were created and none of those charges would hold up," she says. "Ultimately I concluded that the person with the vendetta that I had been looking for this entire time was Vladimir Putin."

Gusinsky fled Russia, which is still fighting for his extradition. Gessen, who was reporting on the story, received a threatening call from a prosecutor in the case.

"I went ahead and published the story, but as soon as the story came out, I discovered somebody outside the door of my apartment — 24 hours a day — and I would ask this man what he was doing there, and he would say 'fixing,'" she says. "My phone was cut off, and I was told there was a warrant out for the search of my apartment."

Gessen said she immediately realized that she was being intimidated.

"It was incredibly scary, and it was driving me crazy," she says. "I left the country for a few weeks and when I returned, the repairman was gone."

Other journalists in the country, she says, fared much worse. Several journalists were murdered, including Anna Politkovskaya, who was writing about Chechnya.

"She had run afoul of ... the Putin government and was murdered six years ago on Putin's birthday," Gessen says. "There are conflicting theories as to who murdered her. It certainly didn't have to be on Putin's orders. But what I argue is that Putin has created a system in which people who run afoul of the government know that they are living with a constant threat to their lives. At this point we are living in a situation where physical attacks on critics of the government and even murders are expected."

On changes in democracy after Putin was elected

On discontent in Russia

"People began to become more attuned to the problems of living in a state like the state that Putin has built. In some ways, their material wealth made them more sensitive to it. The problem with the Russian government at this point is that any contact an individual has with the state at this point — from getting a driver's license to getting a license for importing something — is unpredictable and humiliating. You're taken for bribes, contracts are broken, there is violence, businesses are taken away. The very wealth that created a long era of contentedness has created this new era of extreme discontent."

On the mass protests in Russia

"I'm one of the active organizers of the protests. I'm by no means an outside observer here. What's going on is a very diverse, very massive movement of people who are fighting for their dignity. The battle cry of the movement is fair elections. But really the main motivator is this humiliation that you feel from dealing with the Russian state. And the elections have become the focus because in a way there's nothing more humiliating than going to vote and having your vote blatantly stolen and essentially being told you don't exist."

On the potential use of force

"Our audience is not Putin. Our audience is everybody else and largely it's the police and the military, who will eventually — maybe it will happen March 5th — maybe it will happen later, but eventually when Putin feels threatened enough, he will consider using force. And my greatest hope is that by that time, neither the police nor the military will be willing to use force against people who are protesting this regime."