Accessibility links
Looking For Elephant Ivory? Try China As China grows richer, the demand is growing for elephant ivory smuggled from Africa. Despite occasional crackdowns and even prison sentences, it's not hard to find upscale Chinese shops that sell it. 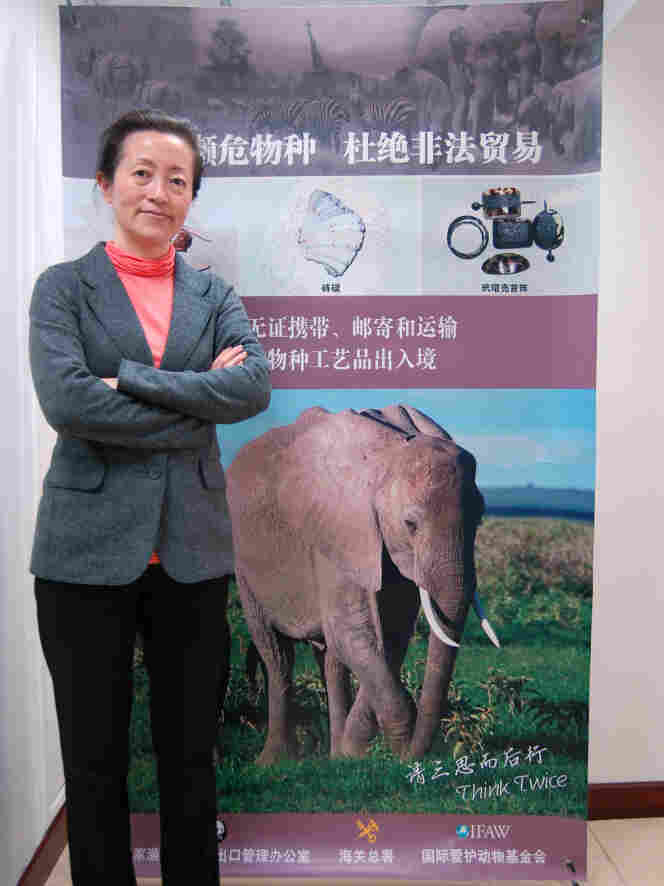 The price for raw elephant tusks in China has tripled in the past year because of growing demand, according to Grace Gabriel, the Asia regional director for the International Fund for Animal Welfare. Frank Langfitt/NPR hide caption 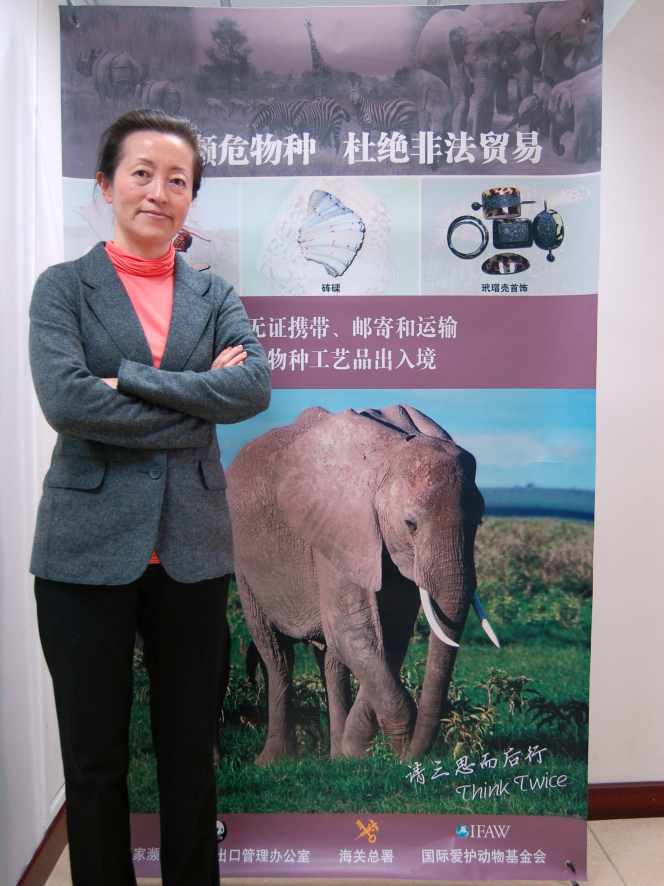 The price for raw elephant tusks in China has tripled in the past year because of growing demand, according to Grace Gabriel, the Asia regional director for the International Fund for Animal Welfare.

Armed with tips from animal welfare activists, I recently went on an ivory hunt with my Chinese assistant, Yang, in an antiques market in Beijing.

Two huge stone lions stood sentinel outside the four-story market nestled among a forest of buildings off one of Beijing's beltways. In China, vendors usually accost shoppers and try to lure them into stores.

I was the only foreign face in the market. Shop clerks suspected I was there to investigate, which in a sense I was.

Yang fared better. Four out of the nine shops he visited showed him illegal ivory, including bracelets and a necklace that cost more than $300.

"The ivory was hidden in a box, and the box was under the counter," Yang said afterward, describing the ivory necklace.

Despite occasional crackdowns and even prison sentences, scores of shops in China continue to sell illegal ivory, according to outside investigators.

Last November, the International Fund for Animal Welfare cased the same mall that Yang and I did, and the group found more than 20 shops selling illegal ivory.

A separate survey last year by Esmond Martin, a renowned analyst of the ivory trade, found nearly 4,000 illegal ivory pieces for sale in the southern Chinese city of Guangzhou.

Martin said he found twice as much ivory for sale in Guangzhou than he did during a similar survey in 2004.

She says the price for raw elephant tusk has more than tripled in the past year from as low as $270 a pound to more than $900 a pound.

A lot of [wealthy Chinese] are looking at collectibles and artifacts, particularly things they see as holding value.

Grace Gabriel of the International Fund for Animal Welfare

Ivory has long been a status symbol in China, but Gabriel, who grew up in Beijing, says rising incomes are driving even greater demand.

China's housing and stock markets have both taken hits, and the nation's super rich are looking for other places to invest their cash.

"A lot of [wealthy Chinese] now are looking at collectibles and artifacts, particularly things they see as holding value," she says.

Gabriel says illegal ivory sales are rampant online. Sitting in her office in the Chinese capital, she taps her computer keyboard and goes to Baidu, China's giant search engine.

She punches in "xiang ya," which means "elephant ivory" in Chinese, and a list of ivory for sale appears.

"This whole forum, every listing — it has hundreds of pages, and every single one has ivory on them," Gabriel says.

From Africa To China

Most ivory here comes from Africa. Authorities around the world seized more than 5,000 smuggled tusks last year. Among the seizures was one in August in Hong Kong where customs officials found nearly 800 pieces of elephant tusk.

In November, a similar bust in Kenya yielded 87 pieces of smuggled ivory, which was on its way to a Chinese metals company in Hong Kong. 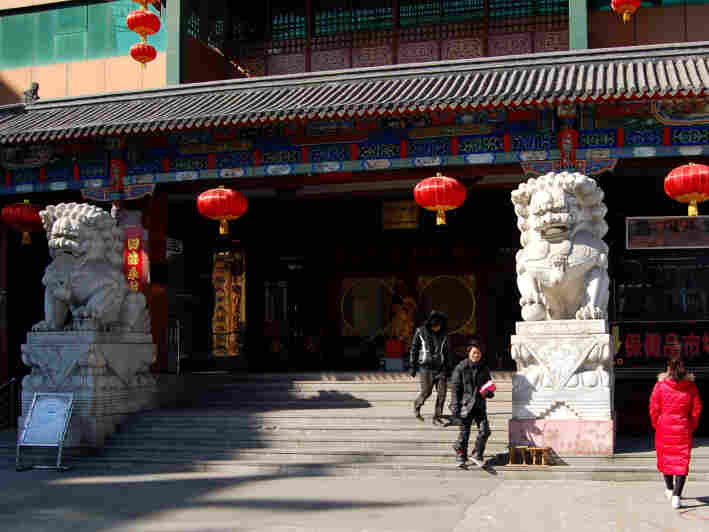 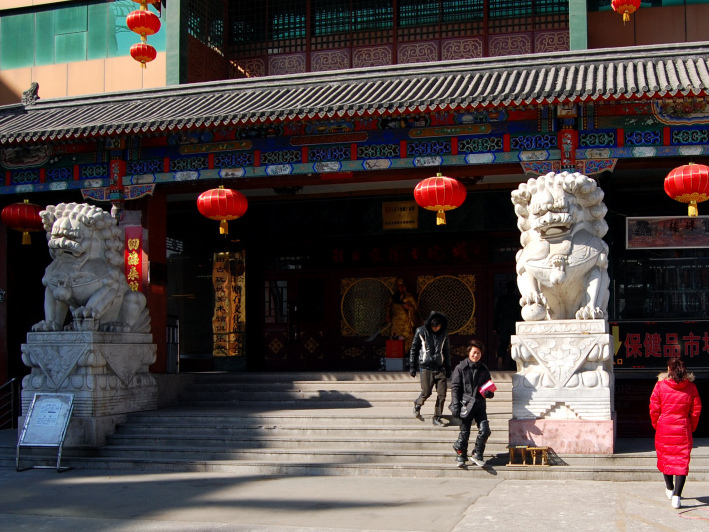 An investigation of this Beijing antique mall in November found more than 20 shops selling illegal ivory.

Many go to Africa to build roads and help China extract oil and minerals. As far back as 2005, Martin found them buying ivory chopsticks and animal figurines from shops in Khartoum, the capital of Sudan.

"Seventy-five percent of the buyers were Chinese," Martin recalls. "Actually, I photographed them buying some of these items."

Steve Trent, co-founder of WildAid, a global conservation group, says China knows there's a problem and is trying to do something about it.

"They are making seizures at airports like Beijing and Shanghai, where much of the ivory is entering the marketplace," Trent says.

But he adds that China's government — which refused to talk to NPR for this story — needs to do more.

Trent says groups like his also have to convince Chinese people to stop buying ivory.

WildAid has filled headrest video screens in thousands of Shanghai and Beijing taxis with ads featuring big Chinese stars, such as Yao Ming, the former center for the NBA's Houston Rockets. In one ad, Yao leaps up and blocks a bullet fired at an elephant.

"When the buying stops, then the killing will, too," Yao says in Chinese.

These sorts of awareness efforts seem to be having some impact.

At another Beijing antiques market — where smuggled ivory is also sold — Huang Xiaofei browses for furniture with a friend on a chilly weekday morning. Huang, 26, is from rural Central China and works as a massage therapist.

"When I was young, I didn't know anything of elephant ivory," Huang says as he wanders past vendors who have laid out their wares on blankets, everything from Mao's Little Red Book to Chinese scrolls.

But as Huang grew up, he saw things that got him thinking.

"From documentaries and Discovery Channel, I learned about elephants," he continues. "They are beautiful, graceful and very protective of their families. Seeing elephants killed really hurts me emotionally."

Huang has seen the Yao Ming ads and finds them affecting as well. He says it seems such a waste to kill these extraordinary creatures for their tusks. Now, a key to protecting elephants is to get more people in China to start thinking the same way.