Accessibility links
'Enchantments' Of Rasputin's Lion-Taming Daughter Kathryn Harrison's new novel is a fairytale mash-up of magical realism and history — a fanciful tale about the real-life daughter of the mystic Rasputin during the last days of Imperial Russia. 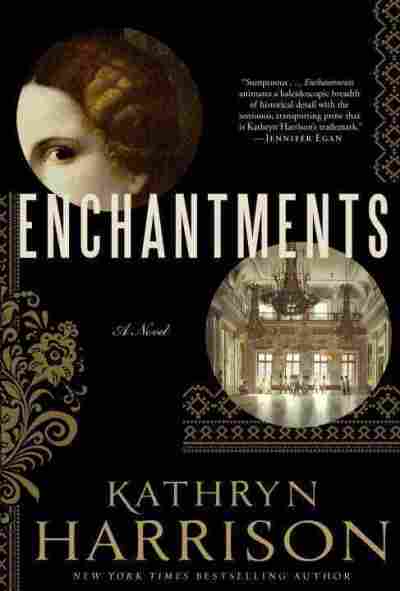 The famed mystic Rasputin — notorious for his otherworldly powers and his sexual escapades — may not have seemed like a traditional family man, but in fact, he had a wife and three children.

His eldest daughter, Maria, is at the center of Kathryn Harrison's new novel, Enchantments, a dark fairytale mash-up of history and magical realism set during the last days of Imperial Russia.

Maria, called Masha in the novel, had a life almost as intriguing as her father's. "Once I discovered that he had a daughter, and that she had escaped the Bolsheviks and gone to Europe and become, eventually, a successful lion tamer who toured in the United States as the 'Daughter of the Mad Monk,' it just was irresistible," Harrison tells weekends on All Things Considered guest host Jacki Lyden. "Now I had a way of seeing into that world."

That world is the glittering, doomed court of the last Romanov rulers, Nicholas and Alexandra, who took in Rasputin's daughters after his murder in 1916.

Alexandra's treasured only son, Alexei — called Alyosha in the book-- suffered terribly from hemophilia, which historians say only Rasputin was able to ease.

Harrison says it was easy to imagine that the tsarina might have hoped Rasputin's daughter would carry on her father's healing powers after his death.

And while Masha cannot heal the prince the way her father did, she does have some powers of her own.

"She can't cure him, but she can provide solace," Harrison says, in the form of tales she spins about Russia, her father and the exploits of Handsome Alyosha, a mythical stand-in for the gravely ill prince who can have all the adventures the prince himself is denied.

"As their relationship evolves, it becomes one of her reinterpreting a world that he sees in very stark terms," Harrison says. "It's a sort of magic that she does."