Accessibility links
'Anchorman' Street Battle Waged Off-Screen Local news outlets are always competing with each other, but in Jacksonville, Fla., their love of the movie Anchorman inspired them to new heights. 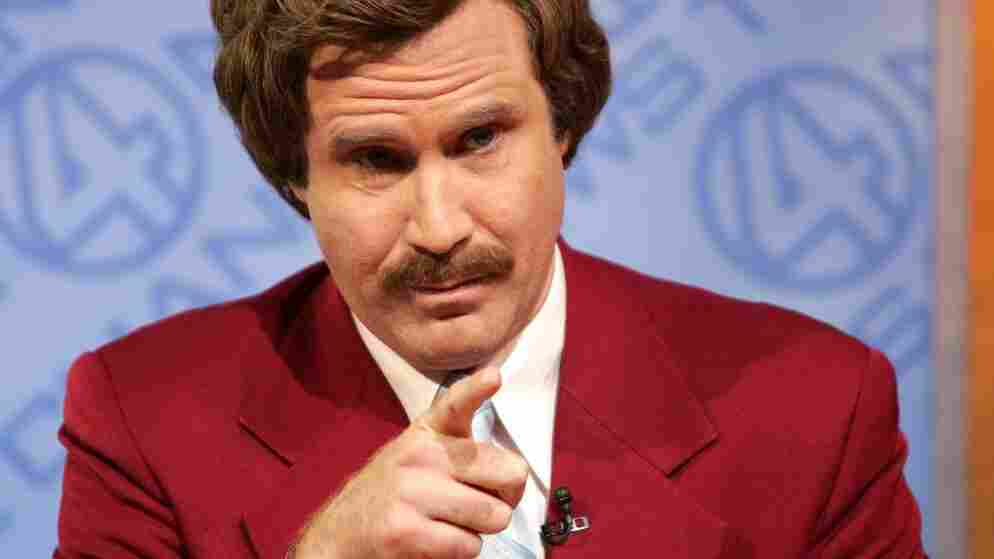 Actor Will Ferrell, as Ron Burgundy from the movie Anchorman, appears onstage during a film festival in New York in 2004. Frank Micelotta/Getty Images hide caption 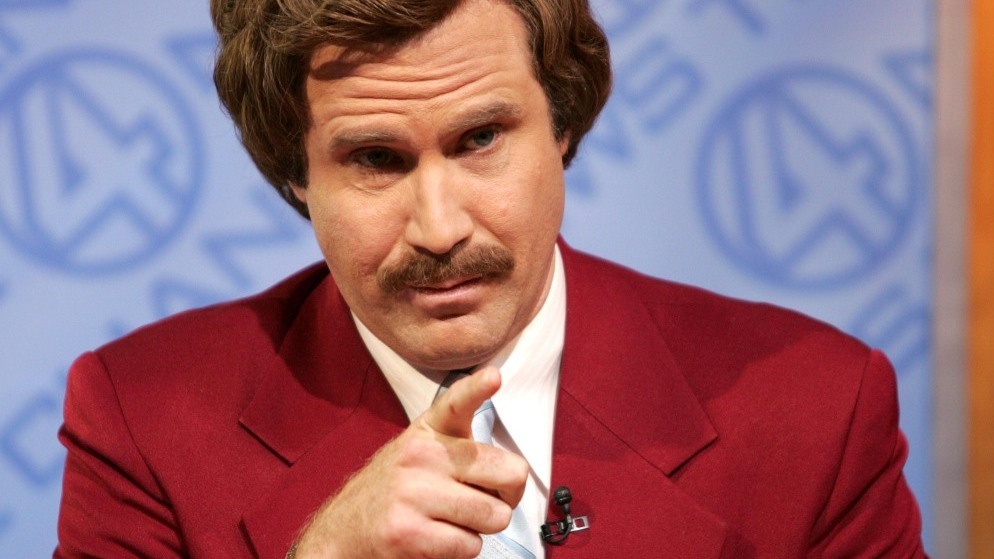 Actor Will Ferrell, as Ron Burgundy from the movie Anchorman, appears onstage during a film festival in New York in 2004.

Something odd happened the other day in Jacksonville, Fla. — a bunch of journalists got into a fight. Melissa Ross from member station WJCT was one of the reporters who started it, and here's how it went down.

It wasn't a real fight, mind you, but a "street fight" modeled after the movie Anchorman: The Legend of Ron Burgundy, a favorite among broadcast journalists.

One scene beloved among TV producers goes to the heart of television production: the teleprompter.

"Well, that's gonna do it for all of us here at Channel Four News. You stay classy San Diego. I'm Ron ... Burgundy? Damn it! Who typed a question mark on that teleprompter?" the station's lead anchor, played by Will Ferrell, exclaims as he questions his own name.

Reporters like me especially love the battle scene, where all of San Diego's television news teams rumble in the street.

"The ego of all these news teams coming together to compete in the middle of the street to see who really is the baddest in town," Tiffany Griffith, news anchor of WOKV Radio, says, "we took that and we took it to the dodge ball court."

She and Natalie Wearstler, managing editor of Jacksonville Magazine, still can't quite believe the fight happened — and that it started to play out on Twitter, even earning its own hashtag.

"I think the whole thing starting as a joke on Twitter made me hesitantly optimistic," she says. "I wanted to think it would happen."

Newspeople also like to quote lines from Anchorman, and some in Jacksonville, including me, started doing just that one day on Twitter. People following the tweets began calling it a "Newsroom Street Fight."

Anchorman narrator Bill Kurtis even joined in, saying, "It's sure to be a confrontation so epic, so brutal, tridents will be thrown and arms may just get lopped right off!"

Yes, Jacksonville had its very own Newsroom Street Fight — a dodge ball tournament featuring every media outlet in town.

The Jacksonville media has been through furloughs and firings. We needed this to blow off some steam.

It was all for charity, of course. More than $6,000 was raised for the Jacksonville Police Athletic League.

If you start one of your own newsroom street fights, just remember to follow Ron Burgundy's advice and "stay classy."