Accessibility links
Kristin Chenoweth On God, Comedy And Dolly Parton The Emmy-winning actress stars on ABC's new GCB, a sort of Desperate-Housewives-ish dishy, soapy comedy-drama premiering Sunday night. The show — about a group of Southern Christian women — hit close to home for the singer, who grew up in the Bible Belt and describes herself as a "God person." 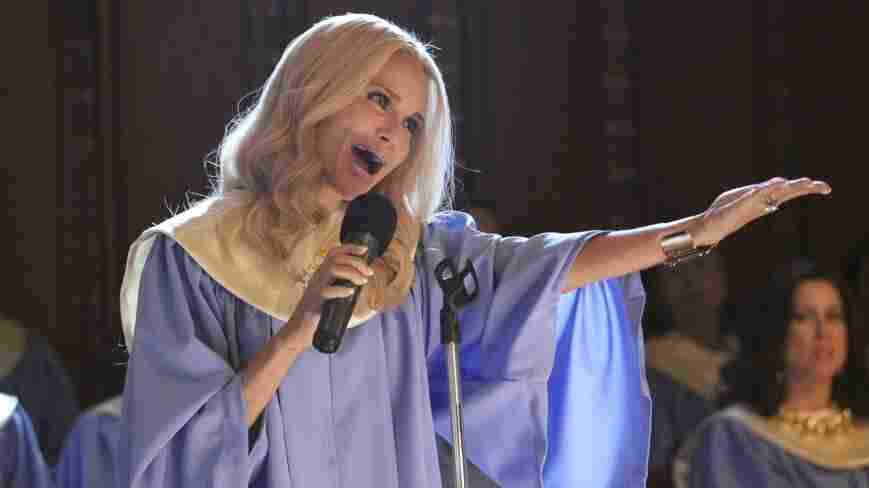 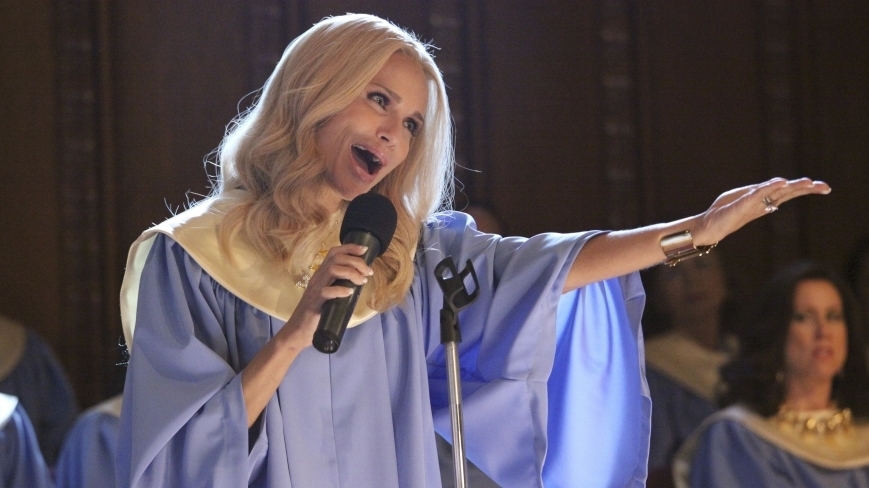 Kristin Chenoweth talks to Jacki Lyden on today's Weekends on All Things Considered, and if the only thing you got from the interview was Chenoweth warbling a bit of the first solo she ever did in church, it would be well worth it.

The Emmy-winning actress stars on ABC's new GCB, a sort of Desperate-Housewives-ish dishy, soapy comedy-drama premiering Sunday night at 10. She's come quite a long way since, as she explains, her father negotiated her first contract.

One of the themes of GCB — adapted from a book called Good Christian Bitches — involves the religious community of the women in the story. Chenoweth, too, has often spoken about her faith. She calls herself "a God person," but adds, "It's not my job to decide whether someone is 'a sinner' for doing something or being something or saying something. My grandma said, 'Oh, Kris, I read the Bible like I eat fish. I eat the meat that serves me well, but I don't choke on a bone.' I loved that, and I've never forgotten it."

Chenoweth speaks of her family, too, when she discusses her flair for comedy. Her parents, she says, were chemical engineers, and her brother is "a genius." She says her parents have fine senses of humor, but a simple fact remains: "I am," she says, "the odd duck."

On GCB, Chenoweth plays a woman whose old nemesis returns to town, and she is among the titular GCBs of the book. Asked whether she, as a Christian, finds the title or the idea offensive, Chenoweth says, "There's a difference between making fun of something and having fun with something. And we do the latter."

But television certainly isn't Kristin Chenoweth's only pursuit. She also releases records, including a recent country album. Lyden asks her about the inspiration she draws as a musician from one of her heroes, Dolly Parton. "This is a woman who has sacrificed and worked her butt off and worked hard to own her own music and not sold it — which is so smart."

Chenoweth may not be Dolly Parton, but she speaks of her own surprise at hearing her accomplishments detailed at a recent event that honored her. She says: "I'm trying to learn, as I'm in my 40s, to embrace what I've been able to achieve and be proud of it. And I know there's roles that I will want to play before I die, but I'm still just taking one day at a time."