Accessibility links
Republican Challengers Pile On In Ohio House Race Every seat in the House of Representatives is up for grabs next fall, and some longtime incumbents are facing off with members of their own party at the polls. In the battleground state of Ohio, Republican Rep. Jean Schmidt is facing more GOP challengers on Tuesday than any other House member. 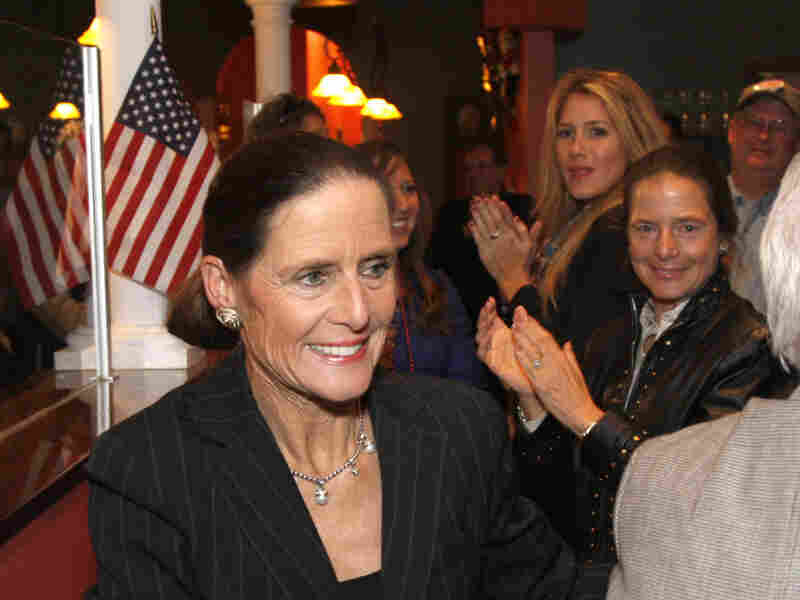 This Nov. 4, 2008, file photo shows Republican Rep. Jean Schmidt being congratulated by supporters in Loveland, Ohio. Schmidt is up against three other Republicans in the March 6 primary. David Kohl/AP hide caption 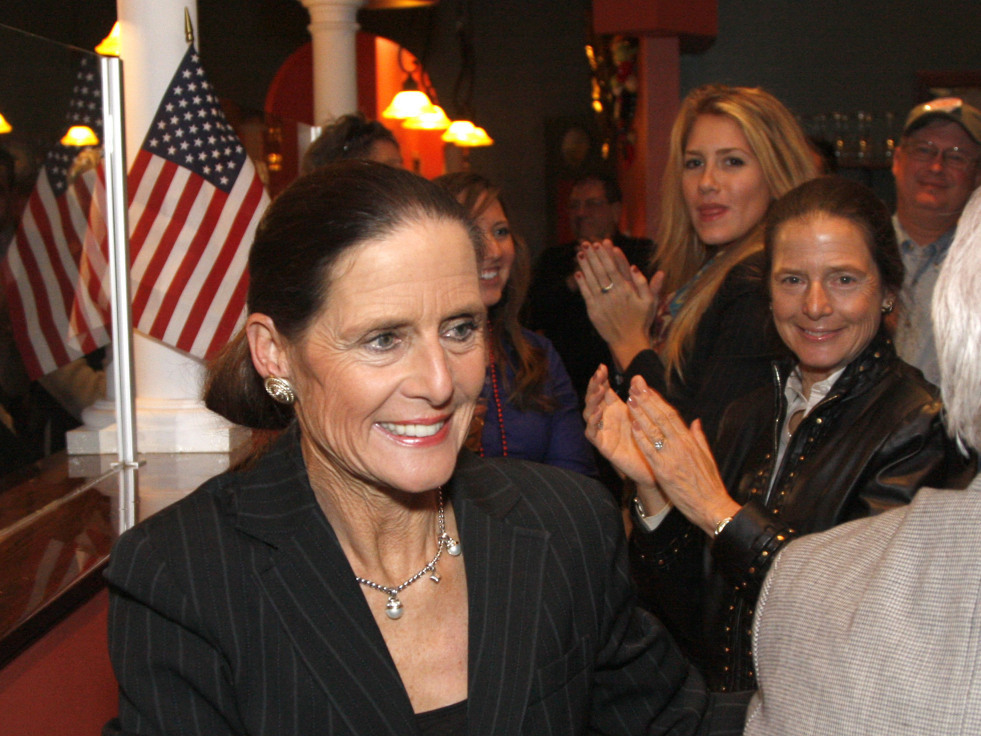 This Nov. 4, 2008, file photo shows Republican Rep. Jean Schmidt being congratulated by supporters in Loveland, Ohio. Schmidt is up against three other Republicans in the March 6 primary.

Super Tuesday isn't only about 10 states voting for the four GOP presidential contenders. Every seat in the 435-member House of Representatives is up for grabs next fall, and some of that chamber's longtime incumbents are facing off with members of their own party at the polls Tuesday.

In the battleground state of Ohio, Republican Rep. Jean Schmidt is facing more GOP challengers for her job on Tuesday than any other House member.

At a recent get-to-know-the-candidates night at the back of the fire station in the Cincinnati suburb of Loveland, a couple dozen people settled in. Mortgage banker Brent Zuch, the head of the Loveland Republican Club, welcomed the four people competing for the GOP nomination in Ohio's 2nd Congressional District.

"It's hard, it's very hard," Zuch said. "And even once you win, it's still hard, there's people gunning for you all the time."

Schmidt has represented the 2nd District for seven years. Zuch asked the marathon-running Republican if she would care to address the crowd, but she declined.

"I've got another meeting. Nice to see you — don't have time," she said.

A man in the crowd murmured that Schmidt picked up her things to leave the moment she saw a reporter walk in the room.

When asked if she was really going to leave without speaking, she said: "I am, honest to God, I am. I just came down to drop yard signs off, that's all."

And with that, the congresswoman was gone.

A Slate Of Challengers

Podiatrist Brad Wenstrup, whom local Republican leaders recruited to make a failed bid for mayor of Cincinnati in the last election, is challenging Schmidt this time. He told the crowd he decided to get into politics after serving as chief of surgery at an Army hospital in Iraq.

"When I came home, I met [Arizona Sen.] John McCain, and John McCain asked if I had any post-traumatic stress. And I said, 'Not till I got home and watched C-SPAN.' I said, 'Then I was stressed out,'" Wenstrup recalled. "And I did, I started seeing that people that were leading us in Washington — or so-called leading us in Washington — had very few real-world experiences."

Wenstrup did not directly criticize Schmidt in his pitch to the crowd. That job he left to a radio ad being aired in the district, which attacks Schmidt for not being conservative enough.

A third challenger, retired Marine Tony Brush, said: "My first cry from the House floor will be: 'You will not get my vote to raise the debt ceiling.'"

And it's not just three fellow Republicans taking on Schmidt. She's also the target of a radio ad being run by an outside group called Campaign for Primary Accountability.

"America is drowning in debt, and our status quo politicians are to blame," the ad says. "Your congresswoman, Jean Schmidt, is one of the worst offenders."

The Texas-based Campaign for Primary Accountability is targeting 10 longtime House Democrats and Republicans.

"Jean Schmidt is an example of an entrenched incumbent who doesn't have very high favorable ratings among the people of her district," said Curtis Ellis, a spokesman for the group. "And she's in a district where the general election in November is a cakewalk. It's a one-party-dominated district."

If Schmidt does come out on top Tuesday, as party leaders expect, she would still face a Democratic challenger in November — and that will most likely be Cincinnati novelty card manufacturer David Krikorian.

"She's never really wanted to face me in a heads-up match, and this time we'll get that chance, to go head to head," he said. "And I think in a head-to-head match-up, she loses and I win."

Democrats are hoping to take back 25 Republican-held seats in all next fall to regain control of the House. But University of Akron congressional expert David Cohen said he doesn't think Schmidt has much to worry about.

"Pundits and commentators are always ready to write her off, but she always seems to pull it out at the end, and so this is just another one of the frequent challenges that she's had to deal with," Cohen said.

Still, with fewer Republicans in her newly redrawn district, Schmidt faces a tougher re-election bid not only Tuesday but in November as well.