Accessibility links
From The Outside, Doctor Mobilizes Aid For Syrians In makeshift field hospitals in Syria, doctors struggle in grim conditions to provide emergency care. Such scenes moved one Syrian doctor in the U.S. to help organize equipment, medicine and training for his violence-wracked homeland. 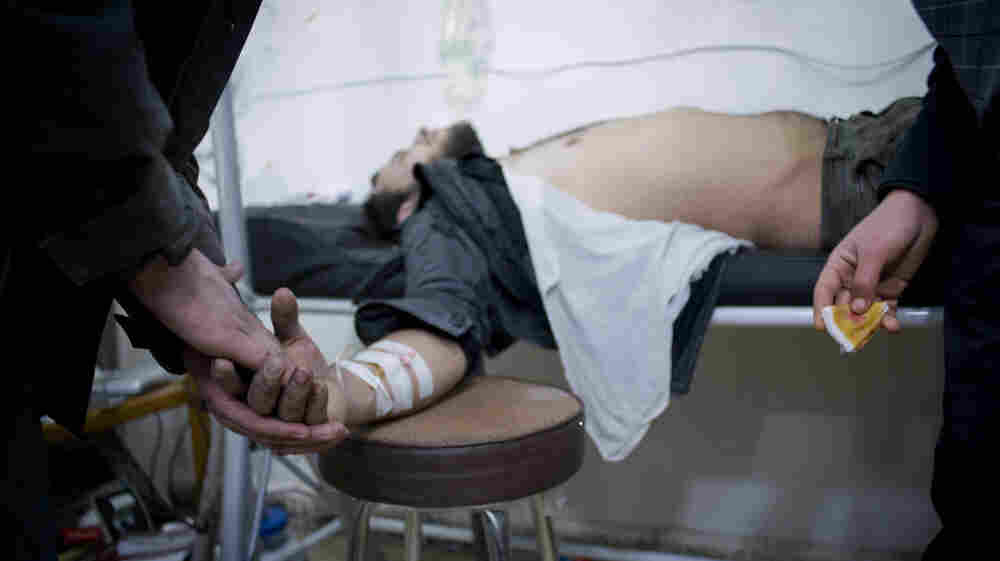 A wounded Syrian undergoes treatment at a makeshift hospital in a house in the Baba Amr district of the central city of Homs. AFP/Getty Images hide caption

At a cafe in Turkey, near the border with Syria, Dr. Monzer Yazji steps out of his car in the parking lot and encounters a man with a bandaged left hand.

Yazji, a Syrian who now works in the U.S., examines Abu Hamad, a fellow Syrian who has fled the fighting in his homeland.

The doctor, a tall man with glasses and a trim graying beard, is becoming well-known among Syrian activists. Yazji has been periodically leaving his thriving practice in the Rio Grande Valley in southern Texas to coordinate emergency medical aid for Syria.

Yazji is a big part of the U.S. branch of the newly formed Union of Syrian Medical Relief Organizations, which includes doctors from France, Britain, Switzerland, Germany and Italy.

In this case, his encounter with a patient was accidental. Abu Hamad, who is from a restive suburb of Damascus, describes how his 18-year-old son was killed during a protest. Two days after his name was published in the state media, men came to Abu Hamad's door and demanded his ID card.

A worried Abu Hamad moved his wife and younger son to a neighbor's house and watched as men with rocket-propelled grenades destroyed his home. 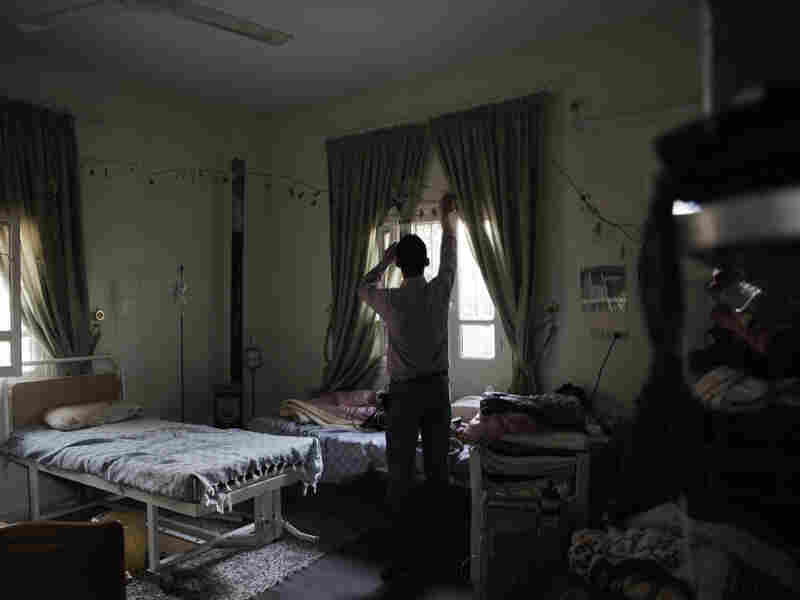 A Syrian man stands in a makeshift surgery room at a private house being used as a hospital in Qusayr, nine miles from Homs. Gianluigi Guercia/AFP/Getty Images hide caption 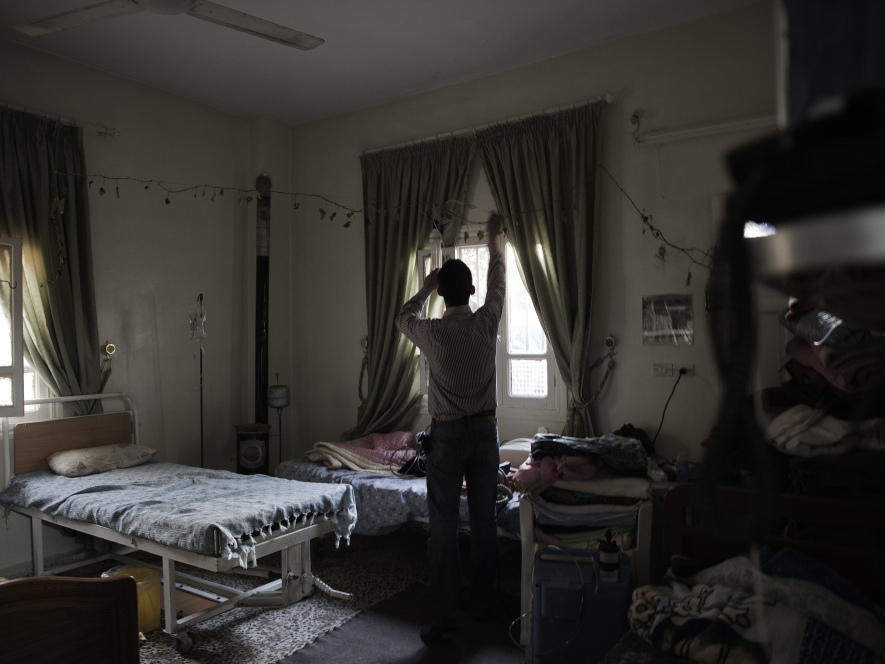 A Syrian man stands in a makeshift surgery room at a private house being used as a hospital in Qusayr, nine miles from Homs.

Now, Abu Hamad says, he has constant pain in his left shoulder and down his side, and he thinks something went wrong with his heart after his son was killed. As medical explanations go, this one sounds a bit odd.

Yazji assures the patient that the pain is more likely a herniated disc.

"He has most likely a cervical ... herniated disc impinging on his left side of his spine," Yazji says. "Now, he feels better that at least he knows it's not his heart."

Helping Syrians From The Outside

Inside Syria, doctors, nurses and other medical workers have been trying to keep people alive in desperate conditions. Yazji says sometimes they succeed because a doctor from the union is on the other end of a phone or Internet connection talking them through a procedure.

In hard-hit districts of Homs and other cities, field hospitals have been either targeted or hit by random shelling, activists say. Yazji says his group is working to address that problem, too, with an innovation used in other remote locations.

"They do the surgery while we are watching, and we give them directions," says the doctor. He notes that in Baba Amr, a neighborhood in the hard-hit city of Homs, dentists have been doing surgery on the wounded with the help of Yazji's organization. "They are doing a great job; they're doing [an] unbelievable job."

Even now, some doctors do manage to get out of Syria and receive training and supplies, which they take back into Syria.

A doctor named Nour, from the central city of Hama, says her career suffered after she began to treat patients from the opposition. She doesn't want her last name used because she fears her family would be punished.

She is comparatively lucky, however. She remembers a colleague, Dr. Ibrahim Othman, who was forced to flee from a Hama hospital by the security forces. They followed Othman while he tried to get out of Syria, but he was killed by a sniper as he approached the Turkish border.

Yazji says the medical professionals working today in Syria are his heroes, as are the volunteers who carry supplies in, some of whom have paid the ultimate price. He says the medical union is expanding so that a doctor can be on call 24 hours a day to support Syrian medics as they undergo a crash course in combat medicine.