Accessibility links
Rush To Judgment: Advertisers Flee Limbaugh's Show Advertisers and conservative commentators have denounced the undisputed king of political radio talk in the wake of sexually charged comments he made about a Georgetown law student. It is far from Limbaugh's first such episode, but two things make this incident stand out: the nature of the target and the timing of his comments. 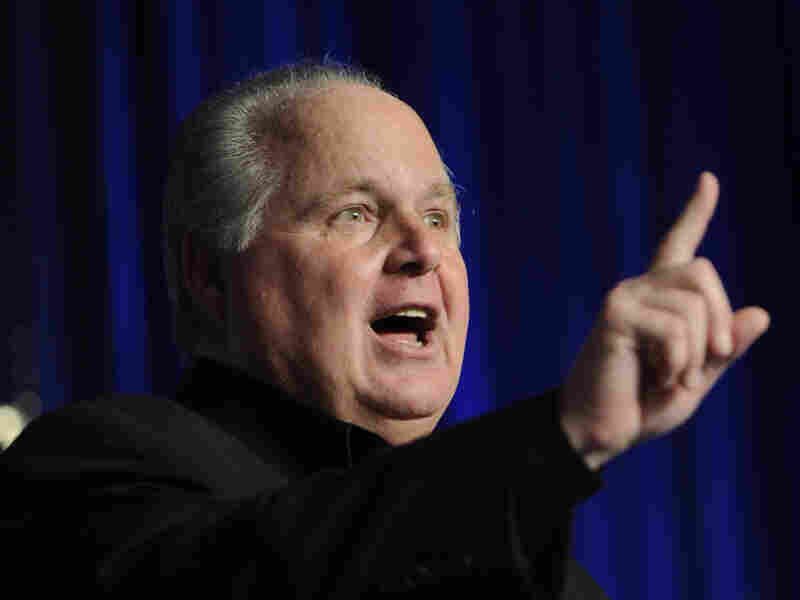 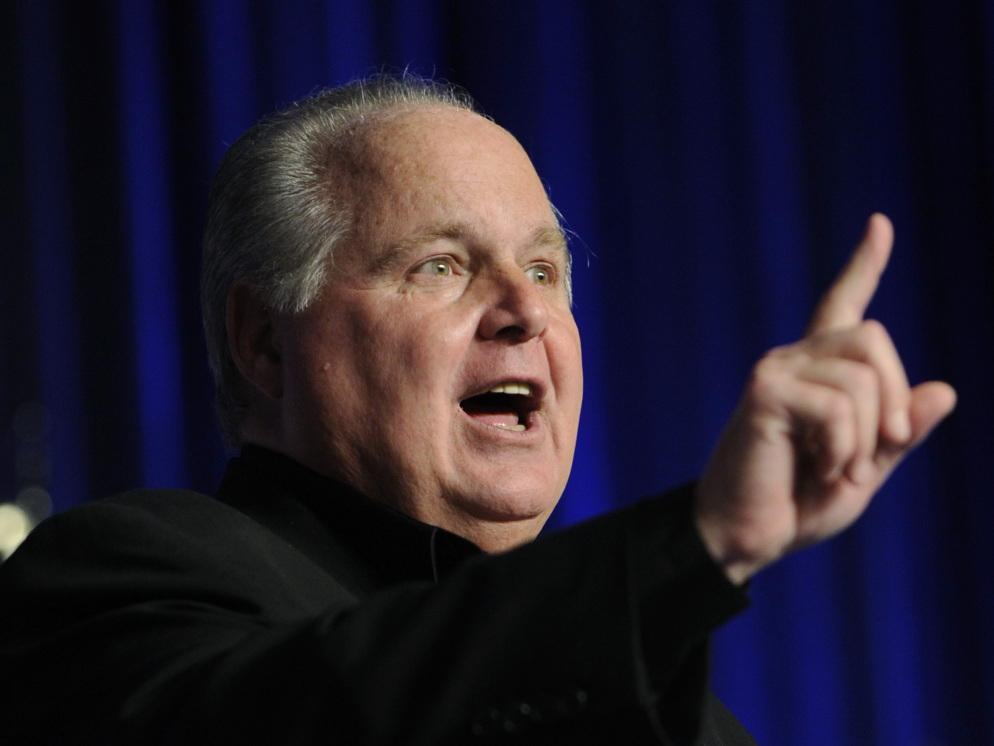 Talk radio host Rush Limbaugh's apology for comments he made about a Georgetown Law student has done little to stem criticism.

An increasing number of corporations have announced that they will no longer advertise on the show of the undisputed king of political radio talk, Rush Limbaugh, in the wake of caustic and sexually charged comments he made about a Georgetown Law student.

An apology over the weekend failed to quell the controversy, as both corporations and conservative commentators denounced Limbaugh's latest provocative remarks. It is far from his first such episode. Part of Limbaugh's appeal involves getting listeners to tune in to hear just what shibboleth-bursting thing he'll say next.

"I always say my real purpose is to attract the largest audience I can, and hold it for as long as I can, so I can charge confiscatory advertising rates," Limbaugh told NPR in 2007. "Getting along is not the objective."

But two things make this episode stand out: the nature of the target and the timing of his comments.

The law student, Sandra Fluke, had appeared before a panel of Democratic lawmakers to call for federal health care coverage to include the cost of contraception.

Last Wednesday, Limbaugh labeled her a "slut," adding that Fluke's call for such coverage "makes her a prostitute." A day later, again on his nationally syndicated talk show, Limbaugh said that since the taxpayers would be subsidizing her contraceptives, Fluke should tape her sexual activity and post it online for public consumption.

An outcry ensued. Limbaugh is renowned, of course, for controversial remarks. Watching U.S. Rep. Nancy Pelosi surrounded by grandchildren as she became the first female House speaker led him to speculate about whether she would breastfeed kids on the floor of the House. He claimed the actor Michael J. Fox, who suffers from Parkinson's disease, exaggerated its effects for political advantage as some Senate candidates clashed over stem cell research policy. Those comments, among others, drew criticism. 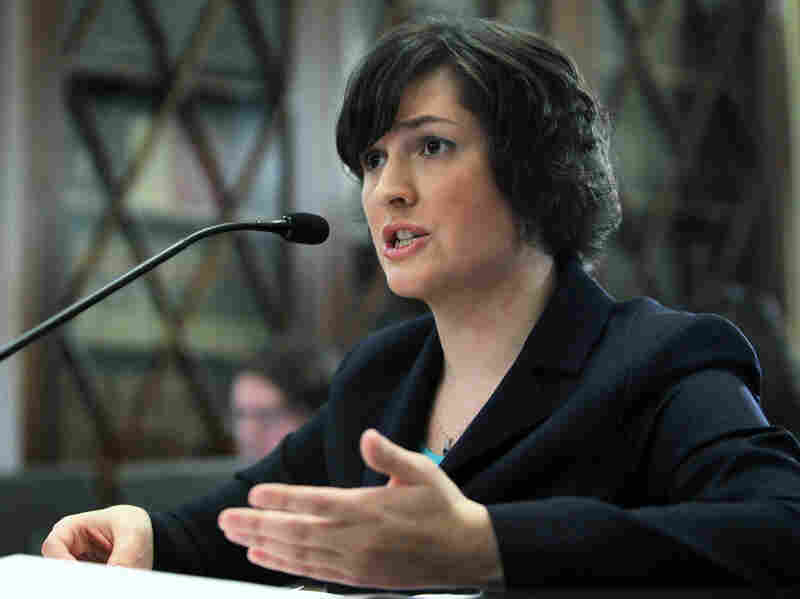 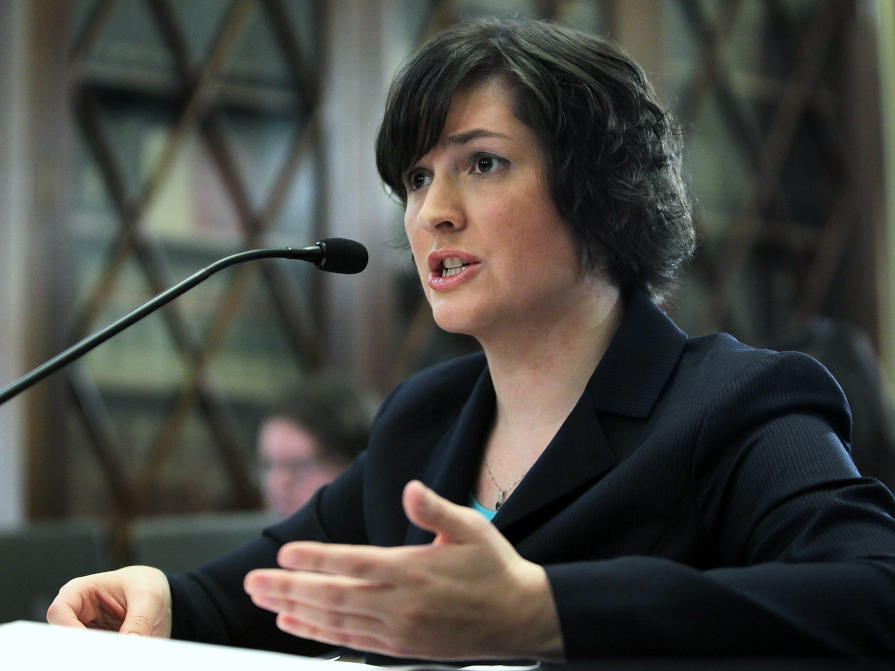 In this case, however, Fluke is not otherwise a known public figure, though she appeared in a public setting. And some conservatives joined many liberals in denouncing Limbaugh. Among them were the commentators George Will, Jeff Jacoby and David Frum.

On Saturday, as several advertisers peeled away, Limbaugh apologized for "the insulting word choices" – and reiterated his apology on Monday, saying he did not believe Fluke to be either of the things he had called her. But that apology did not extend to the content of his remarks – which indicated that she must be promiscuous if she could not afford contraception without the federal health care subsidy.

Limbaugh rarely backtracks and almost never apologizes; this particular episode flared as Republican candidates are vying to become the party's presidential nominee. Limbaugh has been deeply skeptical of frontrunner Mitt Romney, saying he is insufficiently conservative.

But Limbaugh became the distraction.

Because of his influential role among the party's conservative base, the Republican candidates sought to distance themselves from Limbaugh's words without denouncing him altogether.

President Obama, seeing advantage, personally called Fluke to extend his support and told her that her parents should be proud. For her part, Fluke told ABC News that Limbaugh's remarks were "outside the bounds of human discourse."

Insensitive comments from other radio and cable talk show hosts – Ed Schultz, David Shuster and Don Imus – led to punishments from their employers, from suspensions to firings. On Monday, AOL added itself to the roster of advertisers canceling commercials on Limbaugh's show. But he remains the most popular draw on talk radio.