Accessibility links
Vegan Soul Food With A Side Of Soulful Music In his new book, Inspired Vegan, chef Bryant Terry writes about how healthy eating can start in your backyard. He also offers up soulful vegan recipes paired with the music that inspires his cooking. Host Michel Martin talks with Bryant Terry about delicious vegan cuisine. 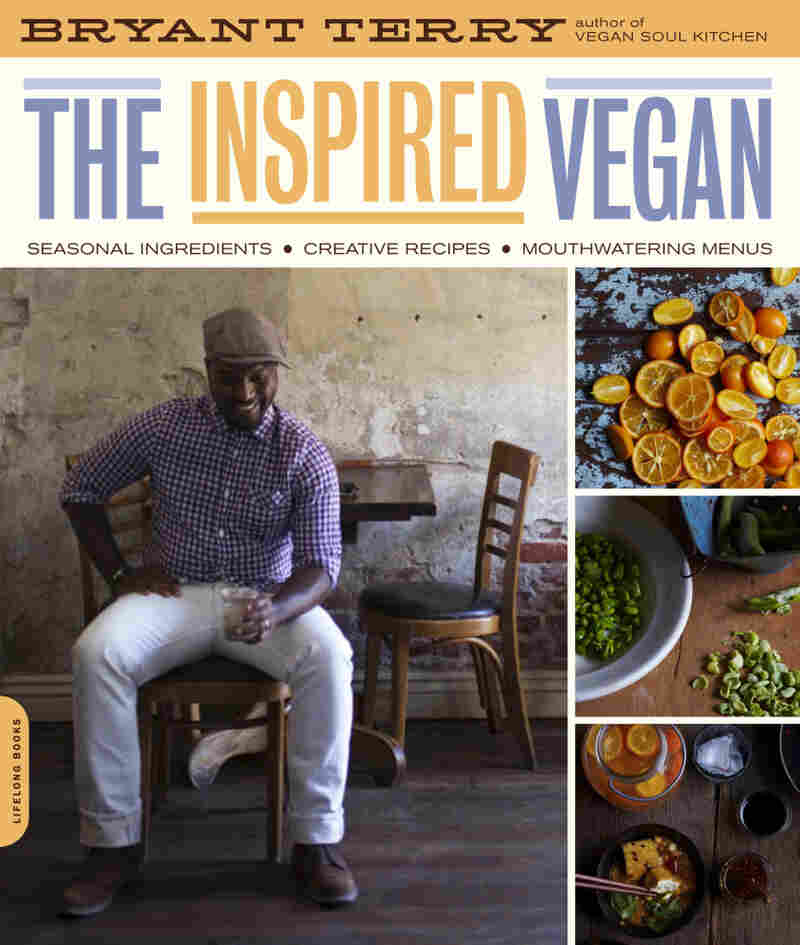 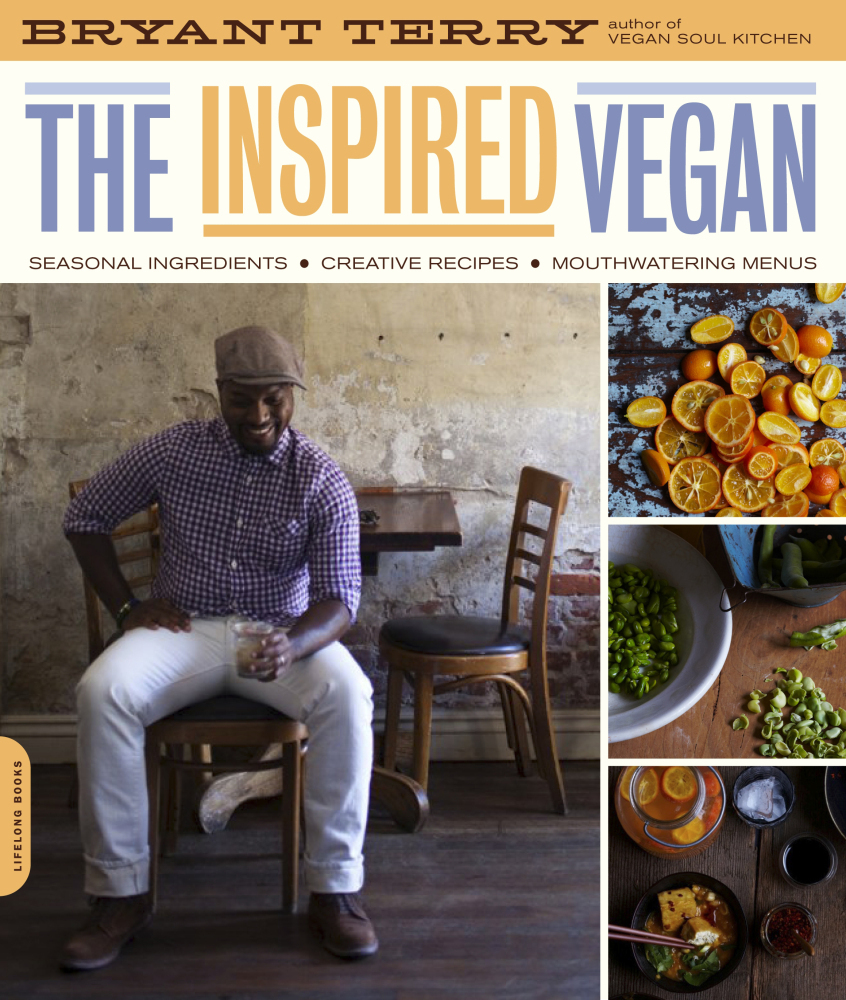 Imagine this scene: you're in the kitchen, cooking up a big dinner of black-eyed peas, pickled mustard greens, and candied sweet potatoes, listening to the soulful voice of Nina Simone.

It's a feast for your family and for your ears. But you might notice there's something missing from the menu — meat.

Chef and author Bryant Terry says you don't need a big hunk of meat on your plate to complete your meal. In an interview with NPR's Michel Martin, Terry says his goal isn't to convert readers to veganism, but to encourage them to eat more plant-based foods.

"The American diet is too heavily meat-centered," says Terry.

He says vegan food isn't for everyone, but it's a tool to help create a healthy diet and prevent chronic pain and illness. He takes this message to communities with high rates of obesity. But too often, he says, African-American and Latino kids respond with one statement: "That's white people's food."

"So many communities just have very little access to healthful sustainable food," says Terry. "They're what people describe as food deserts."

By food deserts, he means neighborhoods that have only what he calls "the worst food sources" — fast food restaurants, corner stores and liquor stores. 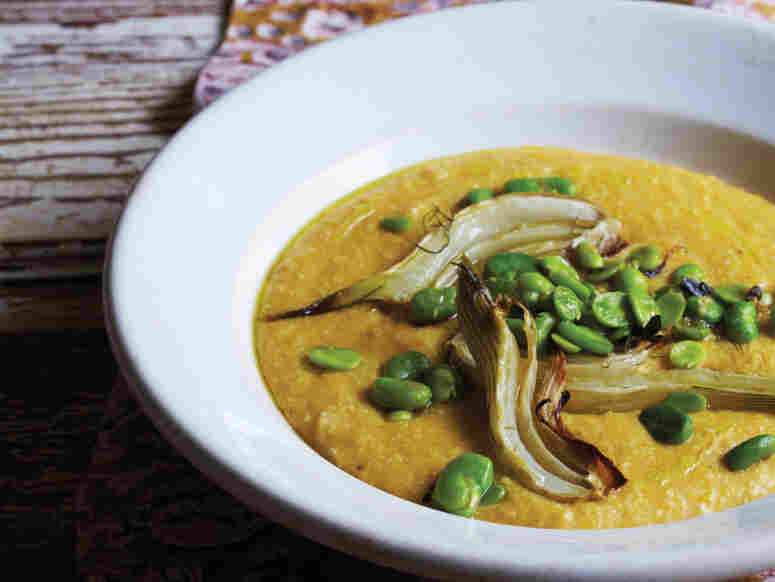 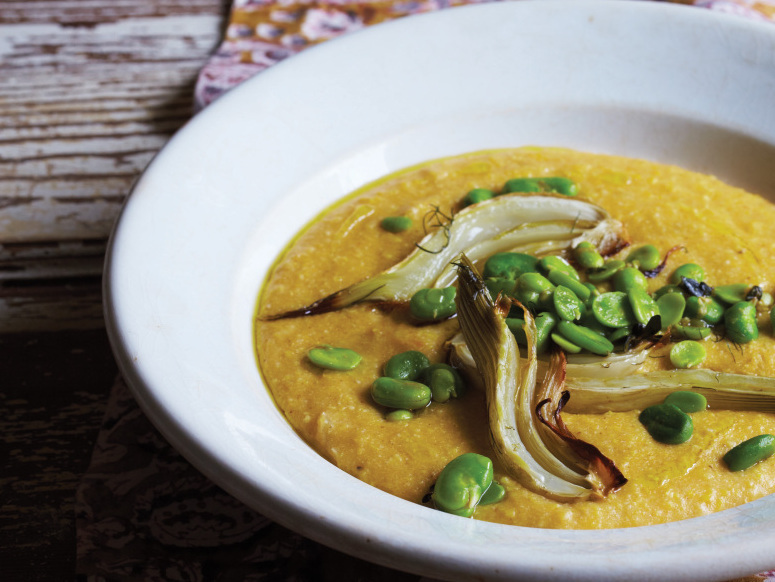 "We need to think more creatively about bringing more healthful food sources," says Terry, "supermarkets, community gardens, farmer's markets, and we know that will be one step in addressing this public health crisis."

In The Inspired Vegan, Terry presents a series of menus, each paired with its own soundtrack, based off the music that inspires him to cook. Terry says when he was growing up, music was central to all of his family gatherings. That's why, in his books, he tries to bridge the gap between food, music, art, and culture.

He wants to encourage readers to "get together with friends, leave their Twitters, and actually engage and cook and have fun with people."

For the menu Detroit Harvest, he recommends songs like "Detroit Summer" by Invincible + Waajeed, and "Revolution" by Nina Simone.

Terry says the menu is inspired by a hybrid of African-American and Chinese-American cuisine that he and his wife try to create at home for their daughter. He says, at ten months old, she's already starting to embrace her cultural roots.

For the Detroit Harvest menu, Terry presents a fusion of African- and Chinese- American dishes that emphasize seasonal fall vegetables. 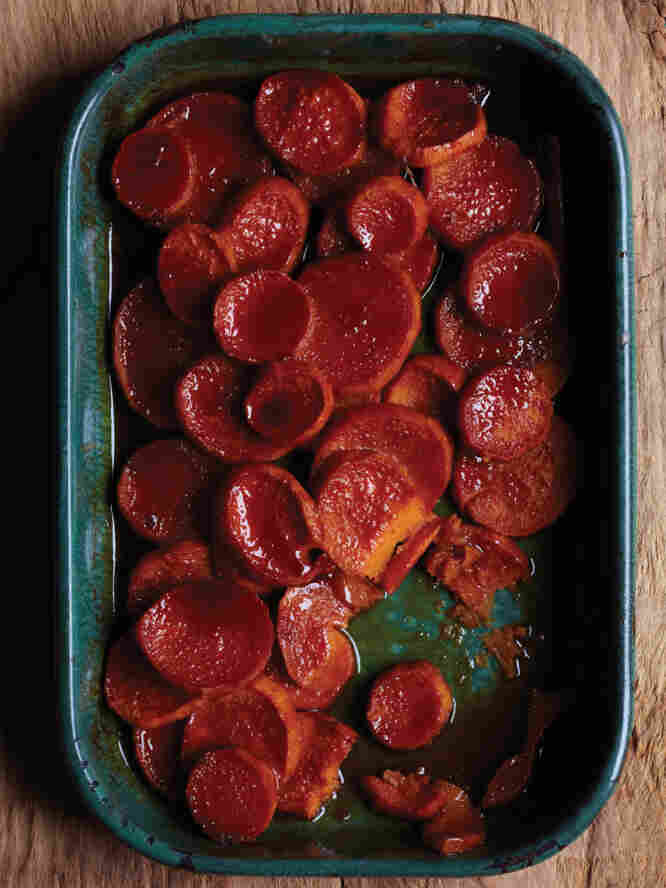 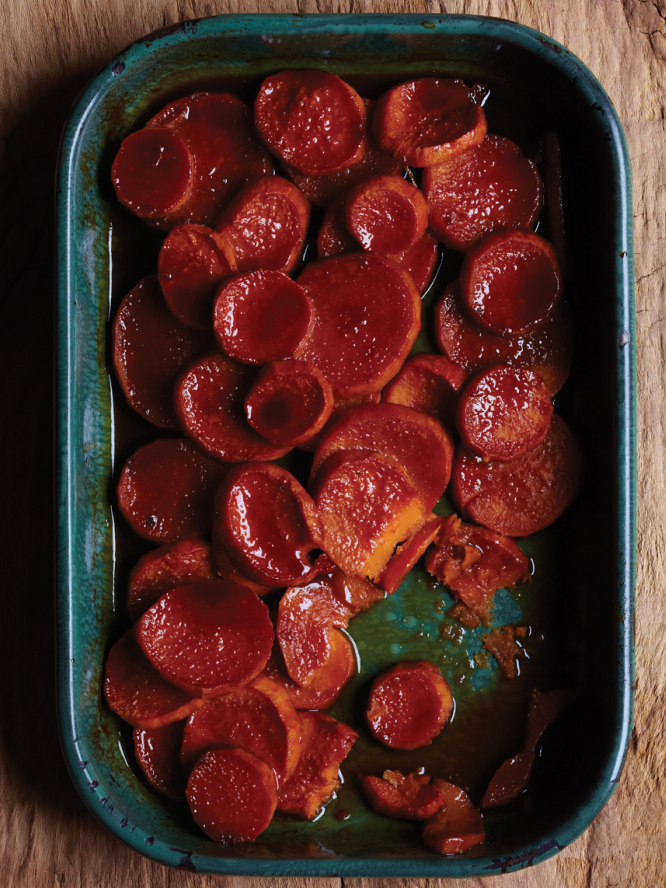 In a large bowl, toss the sweet potatoes with 1 tablespoon of the sesame oil.

Spread the sweet potatoes on a parchment-lined or well-greased baking sheet in a single layer and roast for 50 minutes, turning over with a fork after 25 minutes.

Remove the sweet potatoes from the oven and lower the heat to 375°F.

Place the cinnamon stick at the bottom of a 2-quart baking dish, and add the sweet potatoes in layers. Set aside.