Accessibility links
The Shins In Concert After a five-year hiatus, James Mercer and his band The Shins are back with a new lineup and one of the year's most anticipated new albums, Port of Morrow. 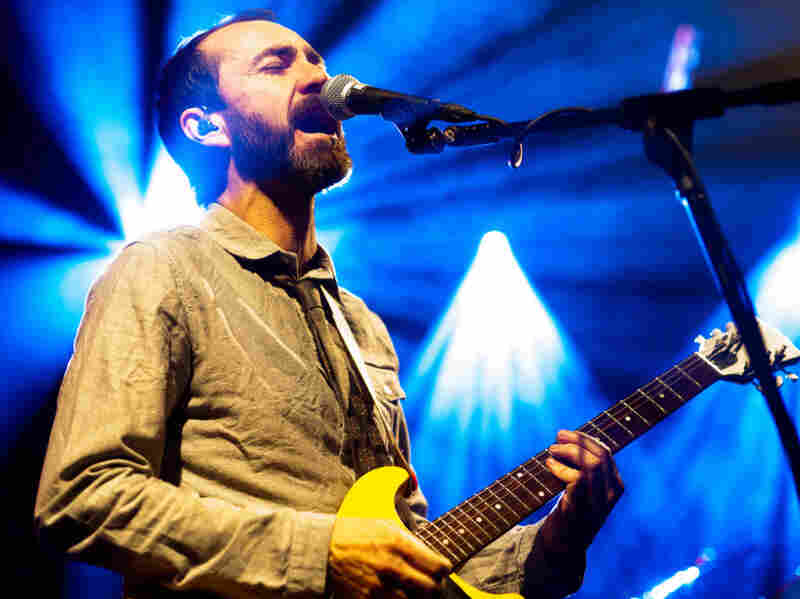 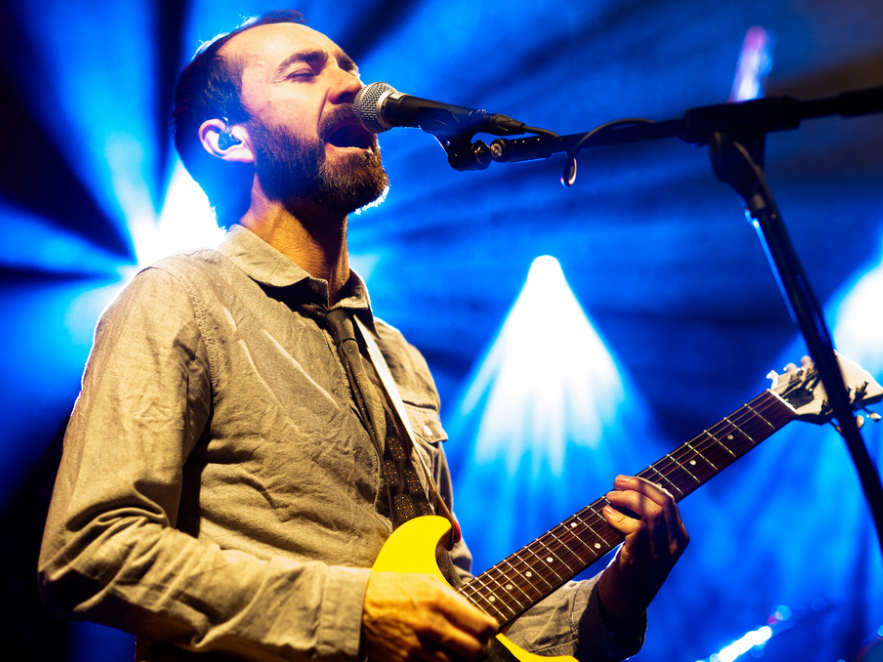 The Shins live in concert from Le Poisson Rouge.

Few bands of the past decade have resonated with fans quite like The Shins. The wistful, jangly pop songs on the group's first two records, 2001's Oh, Inverted World and 2003's Chutes Too Narrow, quickly became a soundtrack for two generations: Gen-Xers who were entering their 30s and Millennials who were coming of age. It was a time of tremendous change and uncertainty, with the dot-com crash, Sept. 11 and wars in Iraq and Afghanistan. The Shins, it seemed, offered a voice of understanding and calm, with wry, quirky songs that asked the same questions on every young person's mind: How do I fit in this world? What should I do with my life? What will I become?

A decade later, the band has an entirely new lineup, while frontman James Mercer, The Shins' only remaining original member, has a new outlook. Performing for a crowd of about 300 fans at New York City's Le Poisson Rouge, Mercer and his new group seemed at ease with their own place in the world as they introduced songs from their first new record in five years, Port of Morrow.

The set for this special performance, to help launch NPR Music's new iPad app, was just an hour long, but the band hit every sweet spot, opening with "Kissing the Lipless," the first cut from Chutes Too Narrow, and following with "Caring Is Creepy," the opener to Oh, Inverted World, before playing the first single from the new record, "Simple Song." The band even offered a beautiful, tear-jerking version of its most popular song, "New Slang." It's been nearly a decade since actress Natalie Portman, in the film Garden State, famously said the song would "change your life." Hearing it live at Le Poisson Rouge, it still felt like she might be right.

See more photos of the show by Ryan Muir here.