Accessibility links
Songs We Love: Disney Songwriters The Sherman Brothers NPR staffers celebrate the men behind "Supercalifragilisticexpialidocious" with their memories. 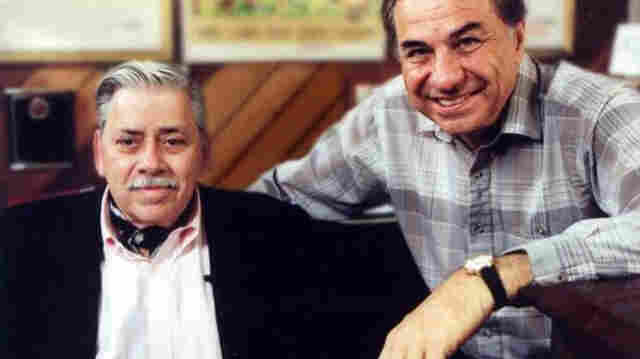 Robert Sherman (left) and his brother Richard in a documentary of their life and songs, The Boys: The Sherman Brothers' Story. Disney Enterprises, Inc. hide caption 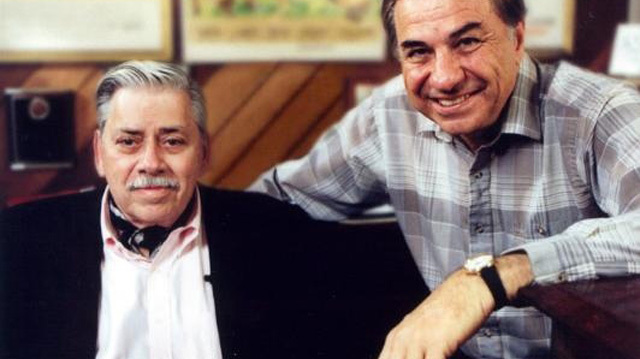 Robert Sherman (left) and his brother Richard in a documentary of their life and songs, The Boys: The Sherman Brothers' Story.

A little piece of our childhood has left us. Robert Sherman, one half of a phenomenally successful songwriting duo (the other half is his brother Richard), died in his sleep Monday at 86. Together, the Shermans wrote some of Disney's most memorable songs. Their tunes appeared in some of the biggest kid movies of all time: Mary Poppins, Chitty Chitty Bang Bang and The Jungle Book. And that's not to mention a song for an amusement-park ride that will never leave your head if we mention it. (You know the one.)

To celebrate the life and talent of Robert Sherman, we asked NPR staffers to share some of their favorite Sherman Brothers-penned songs and memories. We hope you'll do the same.

The audio of this story, as did a previous Web version, incorrectly states the day of composer Robert Sherman's death. He died on Monday.