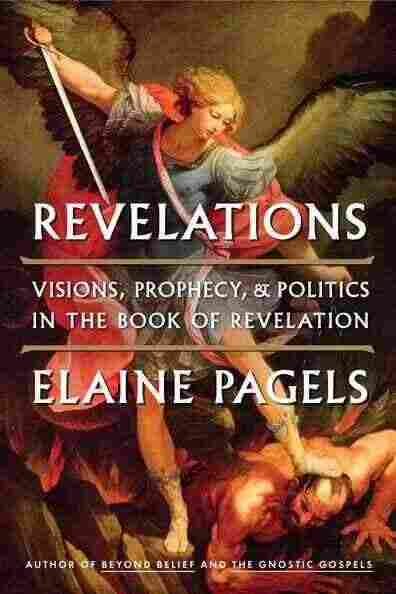 Visions, Prophecy, And Politics In The Book Of Revelation

The Book of Revelation, the final book of the New Testament, has some of the most dramatic and frightening language in the Bible.

"The Book of Revelation fascinates me because it's very different than anything else you find in the New Testament," Pagels tells Fresh Air's Terry Gross. "There's no moral sermons or ethical ideas or edifying things. It's all visions. That's why it appeals so much to artists and musicians and poets throughout the century."

Pagels says the Book of Revelation's author, who calls himself John, was likely a refugee whose home in Jerusalem had been leveled by the Romans in response to a Jewish rebellion against the Roman Empire.

Other images in Revelation — which include bright red beasts with seven heads, and dragons, monsters and cosmic eruptions — were likely influenced by the eruption of Mount Vesuvius, which buried and destroyed the city of Pompeii, she says.

"Most people think John was writing at about the year 90 in the first century. That would be 60 years after the death of Jesus, and the eruption of Vesuvius happened in the year 79," she says. "Much of what we find in the Book of Revelation couched in the fantastic imagery are descriptions of events that for John were very close — the war in Jerusalem, the eruption of Mount Vesuvius, the Roman Emperors who were ruling at the time. ... It seems as though [John] reacted to that, saying, 'Jesus is coming and he is going to destroy all of this.' It was John's conviction that the destruction of Jerusalem was the beginning of the end of time that Jesus had predicted."

Many of the images in the book, she says, are thinly disguised metaphors for images associated with the ruling powers in Rome. The great scarlet beast with seven heads and seven crowns, for example, may represent the emperors from the dynasty of Julius Caesar, says Pagels. And the name of the beast — which is not named but is represented by the numbers 666 — may refer to Emperor Nero.

'Unprotected Texts': The Bible On Sex And Marriage

"This is a reference to the technique of calculating numbers and letters," she says, "so that you can take anyone's name and have a numerical value of each letter, and you add them up or multiply them in complicated ways, and you find out what the name is. ... John would have wanted his readers to understand that that number, which is couched in a mysterious code, would be understood to his readers as the name of one of those emperors who destroyed his people."

Shortly after John wrote the Book of Revelation, Christians fearing persecution from the Romans seized on his message, seeing it as a way of deliverance from evil. For the past 2000 years, Christians have been reading Revelation as if it applies to conflicts and struggles in their own time, says Pagels.

"If you read it as John intended, you think, 'God is on our side; we of course are on the side of good,' " she says. "Now we could be Lutherans fighting against the Catholic Church, we could be Catholics fighting against Lutherans. ... What I found so remarkable is the way that people on both sides of a conflict could read that same book against each other."

In the Civil War, she says, Northerners were reading John's prophecies as God's judgments for America's sins of slavery.

" 'The Battle Hymn of the Republic' resounds with all of those imageries of the Book of Revelation," she says. "People in the South, in the Confederacy, were also using the Book of Revelation, seeing the war as the battle of Armageddon at the end times, and using it against the North. And that's the way it was read in World War II. That's even the way it was read in the war in Iraq." 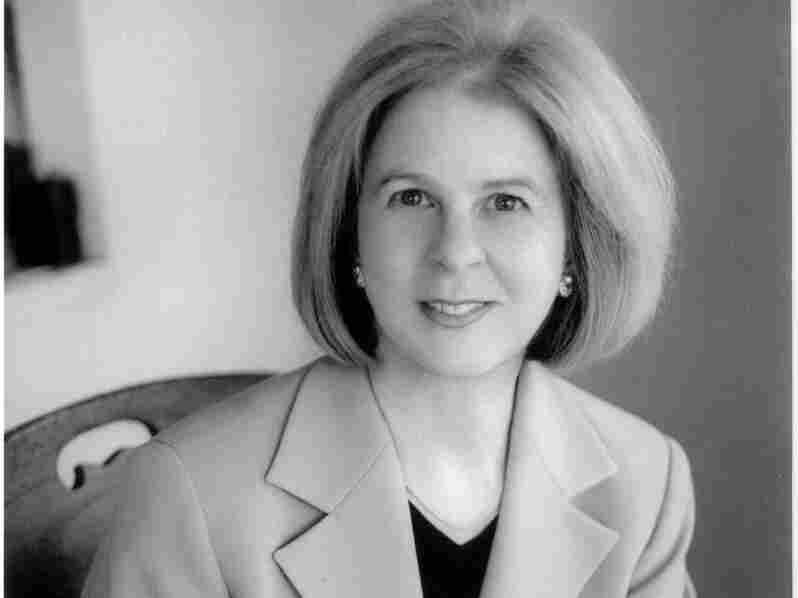 Elaine Pagels has been called one of the world's most important writers and thinkers on religion and history. She won the National Book Award for her book The Gnostic Gospels. She is also the author of Beyond Belief: The Secret Gospel of Thomas. Jerry Bauer/Courtesy of the author hide caption 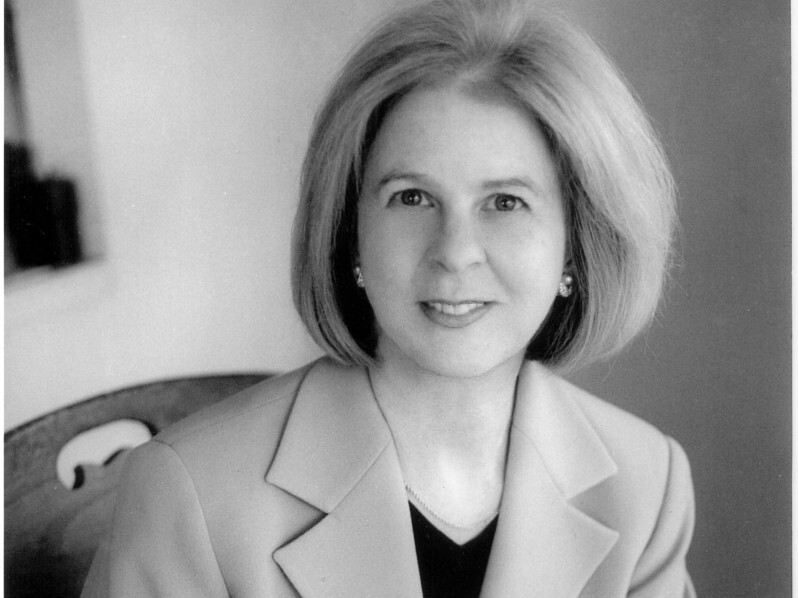 Elaine Pagels has been called one of the world's most important writers and thinkers on religion and history. She won the National Book Award for her book The Gnostic Gospels. She is also the author of Beyond Belief: The Secret Gospel of Thomas.

Jerry Bauer/Courtesy of the author

On other books of revelation, now known as the Gnostic Gospels

"One of the surprises that I found when I started to work on the Book of Revelation is that there is not only one. That is, most people think there is one Book of Revelation because there's only one in the canon, but I discovered that this was one of an outpouring that Jews were writing; Greeks who followed the Greek gods were writing many books of revelation. The Book of Ezra, for example, is another revelation written by a Jewish prophet — not a follower of Jesus — but very similar to John's in many ways and very grieved about the Roman Empire and concerned about the question of God's justice."

On why the Book of Revelation has been so controversial

"One reason why the book is so contested is that people who saw its prophecies against the Roman Empire suggesting that the empire was going to be destroyed by God realized that those prophecies had failed. What happened instead is that the Roman emperors become actually Christians, and the Roman Empire became a Christian empire — that is, completely contrary to what the prophecy said. So some people would have said, 'The prophecy failed, so let's leave that in the dust the way we leave other prophecies that fail.' Other people said, 'Wait a minute, that is not what it really means.' If you interpret these images differently, and they open themselves to a very wide range of reading, then you could say, 'Well, the prophecies are being fulfilled in a totally different way.' "

On the Book of Revelation's authorship

"John apparently was not only a Jewish prophet, but he was a follower of Jesus of Nazareth, who of course had been crucified about 60 years earlier. But they say that Jesus had prophesied that the end of the world was coming, and it seemed as though Jesus' prophecy had simply failed. What John saw 60 years after the death of Jesus was that the Roman Empire was going stronger than ever, and I think he responded to the enormous power of Rome, which you can see in the buildings and the monuments and the architecture and the armies, which he would have seen stationed throughout those provinces. ...

"It's the response of one of the followers of Jesus, who was last seen on Earth crucified and in a horrible way tortured by the Romans. ... And his follower John sees that Jesus is enthroned in heaven and returning as the ruler of the world. It's almost like a perfect retaliation for what he sees as the execution of Jesus."

On the images in the Book of Revelation

"One of them is an image of an enormous, bright-red beast with seven heads with crowns on its head — a violent, threatening, raging monster. Another is a giant whore called the Whore of Babylon who sits on the back of one of these dragons with seven heads, and she's drinking from a golden cup the blood of innocent people who have been killed. Then there's another image of Jesus coming forth from the sky and starting the battle of Armageddon, which ends in heaps and heaps of corpses at the end of the book."

On what the Book of Revelation says about the new world

"It's striking that the author sees nothing of the present world surviving except the people who are dead come back to life in this new world. But the new world as he sees it will be on Earth, will be a new Jerusalem full of the glory of God."

On the followers of Jesus

"The earliest followers of Jesus were all Jewish, and they don't seem to have imagined that they would ever diverge from their adherence to their tradition. It was just that they had found the Messiah of Israel. It's the Apostle Paul who decided that Jesus had offered a message for non-Jews and opened it up for the salvation of the entire world. As John sees it, yes, gentiles will eventually be included in the blessings brought by Jesus, just as the Hebrew Bible says all the gentile nations will be blessed through Abraham, but for John the focus is on Israel and the Jewish people."

On various interpretations of the Book of Revelation

"Many Christians assume John is a Christian, he's a follower of Jesus, it's a Christian book, and when the catastrophic events of the end times happen, everyone will have to be converted to Christianity. What I discovered, and it was surprising working on this, was in a sense you could say Christianity hadn't been invented yet. That is, the idea of a new movement that was quite separate from Judaism and its obvious successor the way Christians see it today."