Accessibility links
Maya Rudolph: The Fresh Air Interview The comedian spent seven seasons on Saturday Night Live and went on to star in the raunchy comedy Bridesmaids. Now she's exploring what's funny about parenting in the new movie Friends with Kids and the TV series Up All Night. 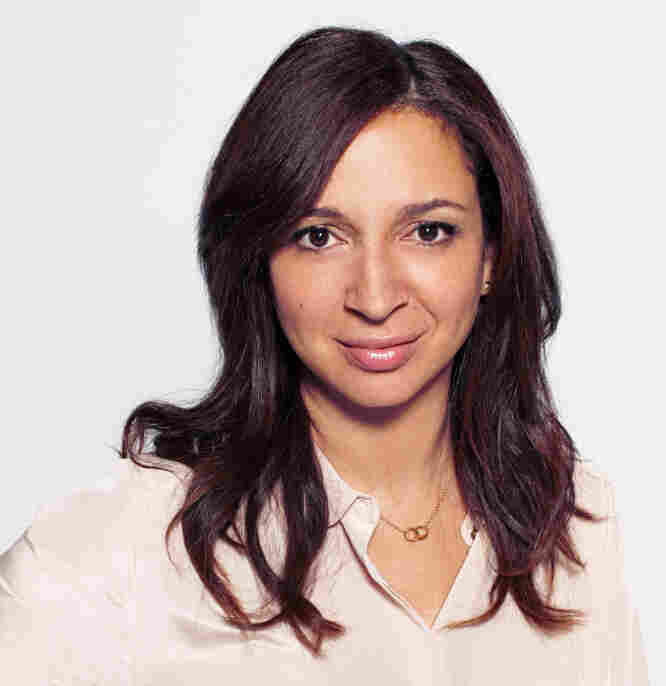 Maya Rudolph spent seven seasons on Saturday Night Live and went on to star in the raunchy comedy Bridesmaids. Now she's exploring what's funny about parenting in the new movie Friends with Kids and the TV series Up All Night. Courtesy of Maya Rudolph hide caption 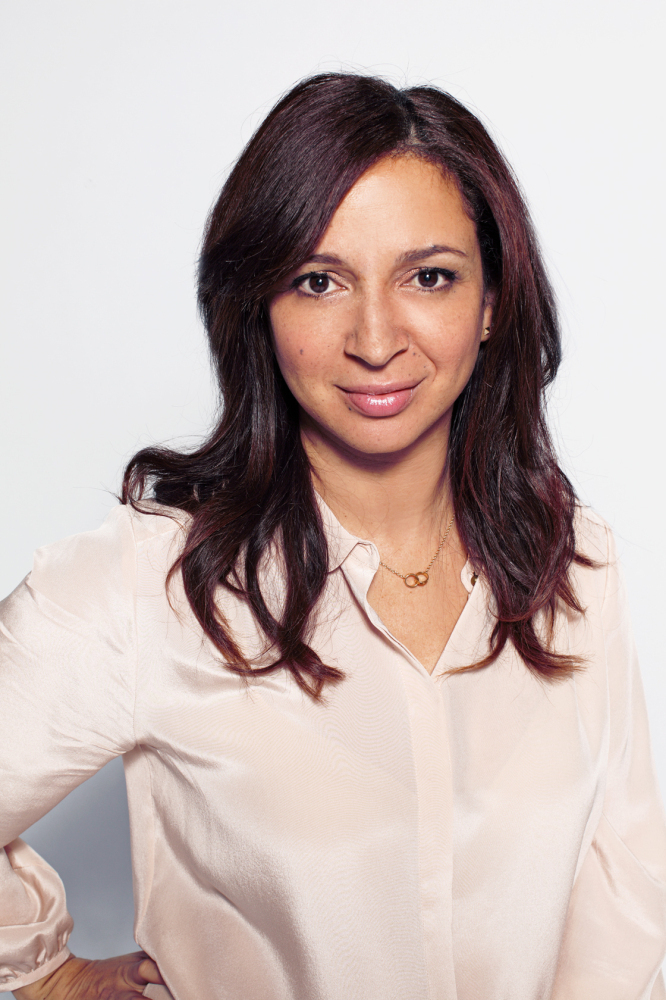 Maya Rudolph spent seven seasons on Saturday Night Live and went on to star in the raunchy comedy Bridesmaids. Now she's exploring what's funny about parenting in the new movie Friends with Kids and the TV series Up All Night.

When Maya Rudolph returned to the set of Saturday Night Live in February to guest host, she says it was like coming home.

"Before I had children, everything about my life was devoted to Saturday Night Live," she tells Fresh Air's Terry Gross. "You're there sometimes on Tuesday nights until 6 or 8 in the morning. You're exhausted, you're loopy ... and you've had three shows in a row, and you haven't done any of your laundry, and you have no food in the fridge. It's really difficult to be there for anyone else in your life when you're doing the show because of the hours it demands."

Rudolph, who started at the show in 2000, spent seven years on SNL's stage, playing everyone from Oprah Winfrey and Paris Hilton to Liza Minnelli and Tyra Banks. She says she relied on her co-workers to get her through the daily grind.

"You help look out for each other and talk to each other about what's going on in your life elsewhere," she says. "I came from the co-ed touchy feely group — the men, too — it was a very gentle and lovely group of dudes. And it's a place where you know you're going to spend most of your time — when you're in the studio, there are no windows."

Rudolph says there were some days that cast members never went outside — particularly as the week inched closer to Saturday's taping.

"You just experience everything together," she says.

When she left in 2007, she turned her attention toward her family, and took on other TV and movie roles. Last year, she co-starred in the raunchy comedy Bridesmaids, along with SNL co-star Kristen Wiig. Now she's starring in the TV show Up All Night, as well as a new film, called Friends with Kids, about two best friends who decide to have a baby together while keeping their relationship platonic — so that the baby doesn't interfere with their romantic relationships.

Rudolph, who has three children, says that she's never worked more since becoming a mother.

"Also, I've noticed a lot of my peers have been writing and people are being more and more brutally honest about their lives," she says. "And from my end — from a comedy end — I'm finding humor in the little things."

Rudolph frequently collaborates with Saturday Night Live writer Emily Spivey, who she first met at The Groundlings improv group in Los Angeles, as well as former cast members Amy Poehler, Tina Fey and Wiig, who co-wrote the movie Bridesmaids. That movie has been called a "woman's comedy" by many people, which Rudolph says surprises her.

"A lot of men, especially men on the street, would stop me and say, 'I didn't think I was going to like it, but my wife took me and it was funny,' " she says. "And I remember thinking: I've never set out to write a funny movie or be a funny comedian as a woman. I am a woman. I don't really have a choice in the matter. My goal is just to be funny."

Rudolph says Bridesmaids felt real, and that's why people responded to it. "We spoke the way that we really speak, and we tried to find the things that we thought were the funniest," she says.

In one famous scene from the movie, Rudolph and her co-stars are trying on dresses in a bridal shop, when they're suddenly overcome with food poisoning. It's one of the most memorable scenes in the movie, but it turns out it wasn't even in the original script.

"I think it was born out of the idea that both [producer] Judd Apatow and [director] Paul Feig felt like Kristen's character, Annie, really needed to screw up even further," she says. "When I first read the revised scene, my character was written as 'running across the street and jumping as though [she'd] been shot by a bullet because of the strength of excrement leaving her body.' And I thought, 'God, that sounds terrible. I don't want to do that.' "

But Rudolph got through the scene, and says she now realizes how much the movie has changed her life: "People no longer think my name is Maya Fey or Amy Rudolph or Tina Rudolph," she says. "They think I'm the Lady who Pooped in the Street, so that's always nice."

"We all seem to share the same sensibilities with writing for each other and with each other. I like comedy as a group sport. There isn't any comedian I know that doesn't love to kill or crush — you want to be funny — but especially with the stuff I did at Saturday Night Live, I found that when the sketch as a whole was funny, you put the best people in it ... and I think it's so much more enjoyable."

I don't think of myself as a lady humorist. I just have boobs and parts that allow me to give birth to children, but I like to be funny with the boys and the girls.

On the gross-out scene in Bridesmaids

"What every single woman found in playing that scene was that we were trying to play it like we were OK and we had everything under control. And that was never really discussed, and that's what I find really fascinating about that scene and why I think it plays beautifully — because we all improvised trying to keep it together as best we possibly could. The final result is people saying that they are fine when their faces are completely flushed and they're sweating — but they're still talking about dresses."

"I don't think of myself as a lady humorist. I just have boobs and parts that allow me to give birth to children, but I like to be funny with the boys and the girls."

"It was my childhood dream. To have your childhood dream realized is a really big deal. A lot of beauty, love and pain goes into their first loves. And it can be tough sometimes, too, when you don't get your pieces on or things get cut at the last minute or you flub a line. I still remember the lines I've flubbed."

On her mother, the late soul singer Minnie Riperton

"... My mom was music. Music poured out of my mother, and I'm sure I heard it before I even got here when I was in her belly. Music sounds and feels very normal to me. My dad wrote all the songs with my mom. ... They were on the road a lot. My brother and I would go with them, I think when we were very little, because my mom did not want to be away from us. ... I do remember losing a tooth in Reno and getting a chip from the casino.

"... It was a different time for people being famous and being recognized for what they do. I always make this case because I feel like my mom was part of a generation of people who [had] incredible gifts. There was no sweetening of vocals. There was no Pro Tools then. So I feel like people like her really shone because they were just so incredibly gifted and one of a kind. She was very revered for that reason and very well-respected. My mom was a special, cool lady."

On leaving SNL after seven seasons

"It's very typical for me. I don't like goodbyes. I still have a very strong connection to that place. For a long time, I used to mourn leaving, but now I feel like I'm still connected."