Accessibility links
With Radiation, Doubt Grows In Fukushima Farms Radiation still leaks from the Fukushima Dai-ichi nuclear plant in northeast Japan after last year's meltdowns. The continuing threats from the disaster go beyond contamination: For farmers, uncertainty can also be toxic. 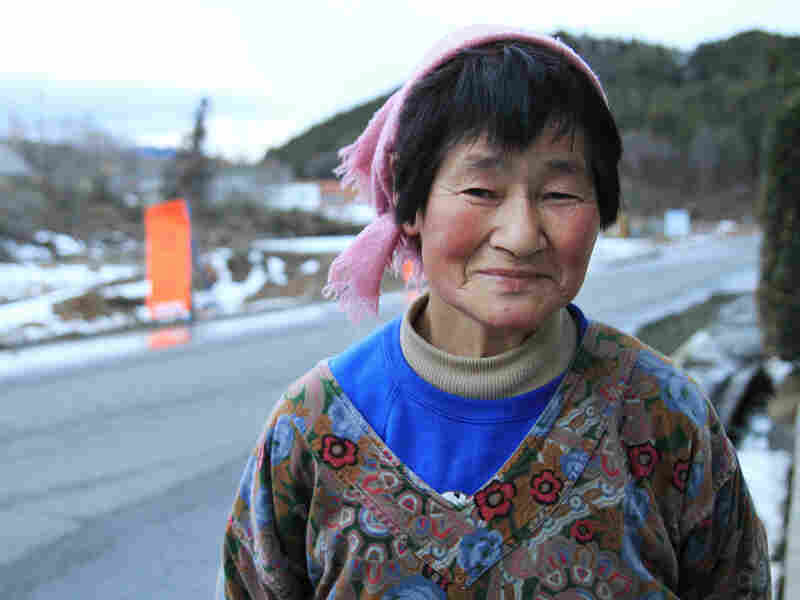 Yoshiko Watanabe stands near where her roadside vegetable stand used to be in Kawauchi village in Japan's Fukushima prefecture. Doualy Xaykaothao for NPR hide caption

The mountain village of Kawauchi lies partly inside the area deemed unsafe because of high levels of radiation in Japan's Fukushima prefecture. Chiharu Kubota uses a high-pressure water gun to hose down buildings there.

Kubota has washed about 138 homes and is starting to see people return to Kawauchi. He says about 200 people are already back in the village, but he notes that only the elderly have come back. No children have returned.

Scientists say the amount of radioactive material being released now is not a significant threat, but farmers in northeast Japan still face an uncertain future.

Nothing is better, but I am here right now, so I feel happier compared to other people. I am alive.

Yoshiko Watanabe and her husband are farmers. They used to grow vegetables and sell them locally, but that ended after the earthquake.

For nine months, they lived in an evacuation center. Now they're home, but they can't farm because the soil is still contaminated. They're trying to get by on government handouts and some compensation from Tokyo Electric Power Co., the owner of the Fukushima Dai-ichi nuclear plant.

"Nothing is better, but I am here right now, so I feel happier compared to other people," Watanabe says. "I am alive."

Some 20 miles northwest, in Nihonmatsu, the streets are also empty of children and activity. Along a city-center walkway, though, one store is still open. 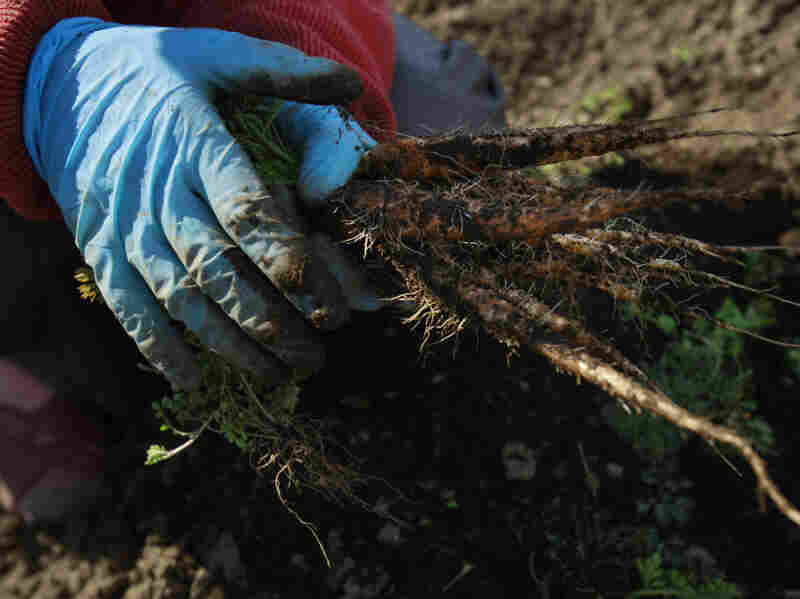 A woman picks carrots on her farm as she explains her fears that no one will buy them since the radiation fallout in March 2011 in Fukushima, Japan. A year later, challenges persist for farmers in the region. Wally Santana/AP hide caption 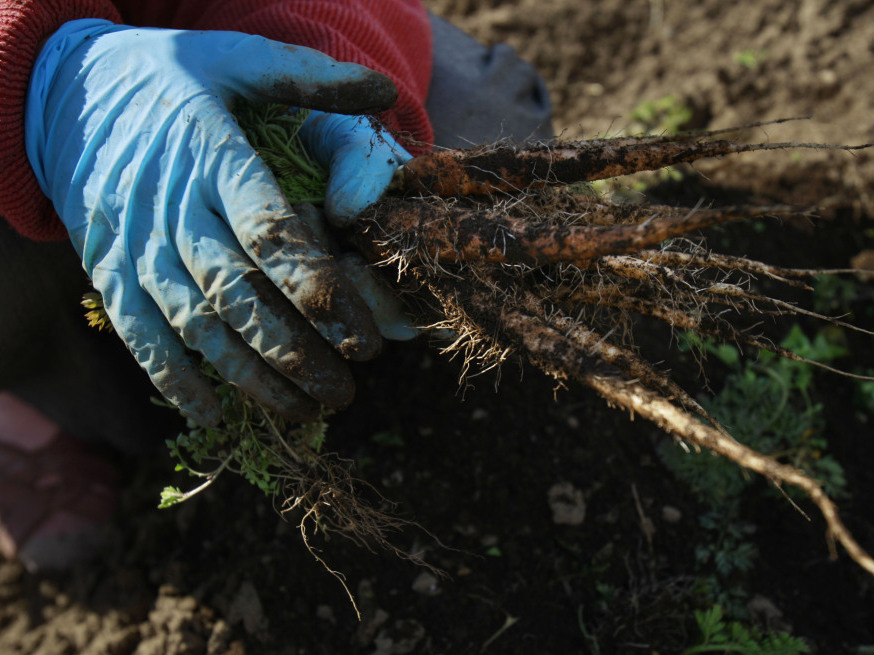 A woman picks carrots on her farm as she explains her fears that no one will buy them since the radiation fallout in March 2011 in Fukushima, Japan. A year later, challenges persist for farmers in the region.

"This area, with the shops, of course farmers and sightseeing and tourism, their business is all going down, so everything is bad because of the radiation," Kanno says.

Minoru Nemoto is the man in charge of radiation decontamination at Nihonmatsu City Hall. This is where farmers and worried consumers can bring vegetables and other food to get it tested for radioactivity.

"Radiation is the biggest issue to be solved, otherwise people won't feel safe or comfortable living in Fukushima again," he says. "People have doubts about everything, and they're skeptical about anything they hear."

Nemoto says there are many problems with the decontamination process, such as where to dispose of contaminated soil. He wants the government to come up with a more efficient approach so that the land in Fukushima will be clean within five years.

There's no sign of decontamination at Yoshi-ichi Takeda's small dairy farm. He says the government still won't let him feed grass to his cows because of possible contamination. But he has no idea when someone will come around to help clean up.

Takeda has been promised some financial help, but he says it's like everything that he's been told by the government: It's just a promise. It has been a year since the disasters; he's received nothing yet.

His neighbor, rice-grower Aiko Saito, says it's difficult for all the farmers around here.

"Most of the people around this area lost a lot of money because of the radiation," she says.

Her children don't eat what she grows, she says. They don't eat her vegetables or her rice, and neither will anyone else.

Saito says she hasn't had officials check her produce for radiation recently, but her grandchildren found low readings on their Geiger counters. So she's hoping life in Fukushima is starting to improve.