Accessibility links
Joseph Kony Is Infamous — But Will He Be Caught? A social-media campaign designed to make Joseph Kony into one of the world's most reviled villains appears to have worked. But capturing the notorious Ugandan rebel leader has proven an elusive goal for many governments for many years.

Joseph Kony Is Infamous — But Will He Be Caught?

Joseph Kony Is Infamous — But Will He Be Caught? 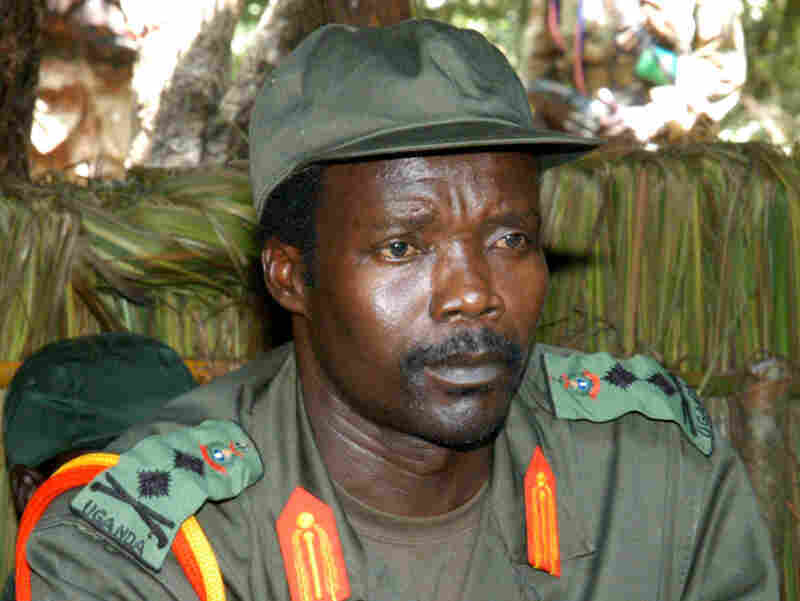 Joseph Kony's Lord's Resistance Army has been among the world's most brutal rebel forces for a quarter-century. But the Ugandan group received only sporadic international attention before this week, when an Internet video about Kony went viral. Here, Kony is shown in 2006 in southern Sudan. STR/AP hide caption 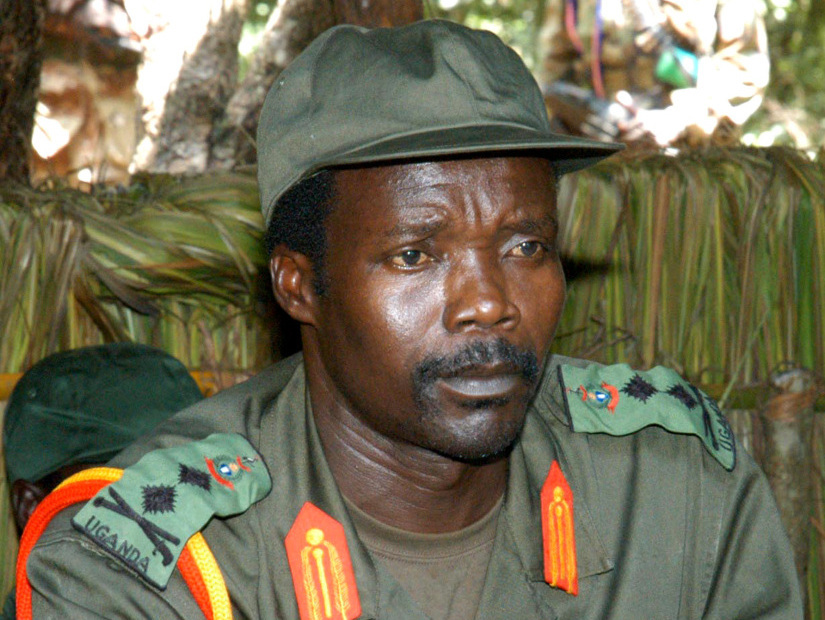 Joseph Kony's Lord's Resistance Army has been among the world's most brutal rebel forces for a quarter-century. But the Ugandan group received only sporadic international attention before this week, when an Internet video about Kony went viral. Here, Kony is shown in 2006 in southern Sudan.

Joseph Kony and the Lord's Resistance Army have been terrorizing civilians in central Africa for more than 25 years. But their crimes have suddenly received prominence due to one of the most successful social media campaigns in history.

On Monday, a nonprofit group called Invisible Children uploaded a video onto the Internet that has already been viewed nearly 40 million times on YouTube. Many viewers are young people, and the topic is dominating discussion on social media sites such as Twitter and Reddit.

There's no question the video has directed wider attention to a far-away matter like Kony and the LRA than any congressional debate or set of policy papers.

"It's had a dramatic effect," says Richard Downie, deputy director of the Africa program at the Center for Strategic and International Studies, a Washington think tank. "We've been talking about him for a long time, without anything like this response."

But Invisible Children has been criticized for oversimplifying the issues involved. Capturing Kony — which has been the goal of multiple governments for years — is going to take a lot more than sharing a video online or putting up posters and purchasing bracelets from the group, as the video suggests.

"Activism always involves sparking attention — getting people to take up and notice this problem, as opposed to the 6 million other problems they could be mad about," says Jeremi Suri, author of Liberty's Surest Guardian: American Nation-Building from the Founders to Obama.

But awareness and activism aren't always enough to achieve the outcomes desired in a complex, real-world situation.

"This video is making a moral plea, but it doesn't leave much space for the unintended consequences that might result from intervening," Suri says.

'Evil In This World'

The LRA was one of the armed rebel groups that emerged in northern Uganda following the rise to power in 1986 of Yoweri Museveni, who remains the country's president.

If you ever had any question if there's evil in this world, it's resident in the person of Joseph Kony.

Over the years, the LRA has metastasized from a group resisting the government to a force that seems to have little purpose outside its own survival. As the video points out, the group has killed and disfigured thousands of people and abducted thousands of children.

The LRA has committed countless atrocities, hacking off limbs, noses, ears and lips from its victims in order to instill fear. More than 400,000 people were displaced or living as refugees last year as a result of the LRA's activities, according to groups that have tracked the organization.

"If you ever had any question if there's evil in this world, it's resident in the person of Joseph Kony," Gen. Carter F. Ham, head of U.S. Africa Command, said last year.

The capture or killing of Kony is already official U.S. policy. Prodded by Invisible Children and other human rights groups, Congress in 2010 passed a law requiring the president to devise a strategy to eliminate the LRA.

Last October, President Obama detailed the administration's plans for doing so, including the announcement that 100 U.S. troops would be deployed to Uganda to provide intelligence and logistical support.

There are still snags. The LRA now roams through densely forested land along the borders of South Sudan, the Central African Republic and the Democratic Republic of Congo.

The U.S. is trying to work with all those armies, but they have failed to come together in an organized or effective way, says Mark Schneider, a former Peace Corps director who is now with the International Crisis Group, which supports conflict-prevention efforts.

Congo's security forces have been wary of letting Ugandan fighters into their country to come after the LRA.

"The question about how you manage to close in or surround the LRA when you still don't have full cooperation from the Congolese military raises a serious concern," Schneider says. "They continue to pose obstacles to Ugandan forces."

The African Union is expected to step in and coordinate the regional forces, but there have already been delays. Even if there is the political will to go after Kony more aggressively, it's not clear that all the various countries' armies working in tandem would enjoy quick success.

Not only is the terrain difficult, but the LRA has split up.

"The LRA has splintered into a cluster of groups now," says Downie, the CSIS senior fellow. "Kony isn't even with the group that's committing the most atrocities right now."

Once he is "stopped," as the Invisible Children campaign calls for, rebuilding the lives of hundreds of thousands of civilians will require an enormous investment in post-conflict support.

The success of the Invisible Children video has created a backlash, with the group coming under criticism for everything from how it handles charitable contributions to the manipulative nature of the Kony video, which includes extensive footage of the young son of Jason Russell, the group's co-founder.

Some even question the central premise of the video and the group's campaign. No one is defending the actions of Kony, but calling for his arrest and trial by the International Criminal Court, some analysts say, may be problematic.

There's little chance Kony would sit down to negotiate a peace deal, Downie says, so long as the ICC indictment is hanging over his head.

"The easy way to have resolved this was to permit Uganda to offer Kony amnesty, which Uganda was willing to offer and Kony was ready to accept about five years ago," says Alan Kuperman, a public affairs professor at the University of Texas.

The video accurately, I think, displays the evils of this man [Kony]. But it underplays the difficult choices involved in trying to do something about it.

"But the International Criminal Court said it would not honor an amnesty, upon which the deal fell apart, the insurgency renewed, more girls were kidnapped [and] more civilians were displaced," Kuperman says.

It's unlikely that the militaries involved would try to capture Kony anyway, says Downie. Once they have the chance, they'll most likely kill him, he said.

Such attempts also come at a price. At the end of 2008, Uganda, Sudan and the Democratic Republic of Congo launched a joint offensive against the LRA called Operation Lightning Thunder, with support from 17 U.S. military advisers.

The operation was a failure. The LRA got advance warning of a bombing raid meant to kick off the campaign. Bad weather hampered air attacks, and there was poor coordination among the ground troops.

Kony's forces slipped away once again and soon launched a series of bloody reprisals, killing nearly 1,000 people in the weeks that followed.

None of which is to suggest that capturing or killing Kony is not a goal almost universally shared. As Downie says, Invisible Children has helped shine a bright light on a humanitarian catastrophe.

But the group may not have conveyed to its fast-growing audience the difficulty of the task at hand.

"The video accurately, I think, displays the evils of this man," says Suri, the author of the book on nation-building. "But it underplays the difficult choices involved in trying to do something about it."

The video on Joseph Kony, which was put on the web Monday by the group Invisible Children, has been viewed nearly 40 million times in four days.