Accessibility links
A Mom Becomes A Man, And A Family Sticks Together This spring, Les and Scott GrantSmith will mark their 25th wedding anniversary. The couple raised two daughters along the way. But 15 years ago, they hit a crisis that nearly broke the family apart. They solved it by embracing a unique approach — and each other. 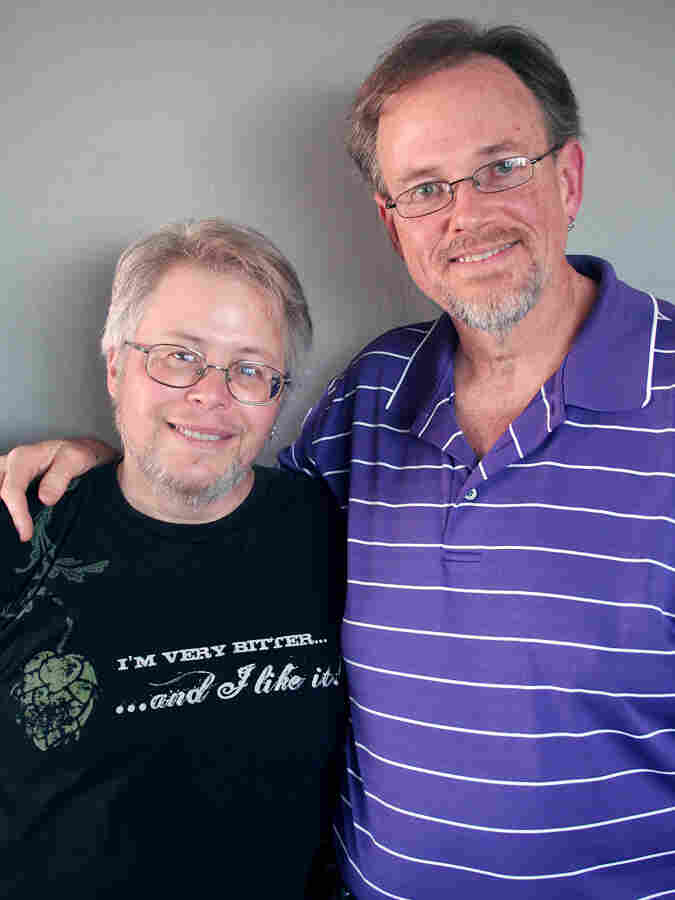 Les and Scott GrantSmith visited StoryCorps in San Diego to discuss how they moved on together, after a crisis point. StoryCorps hide caption 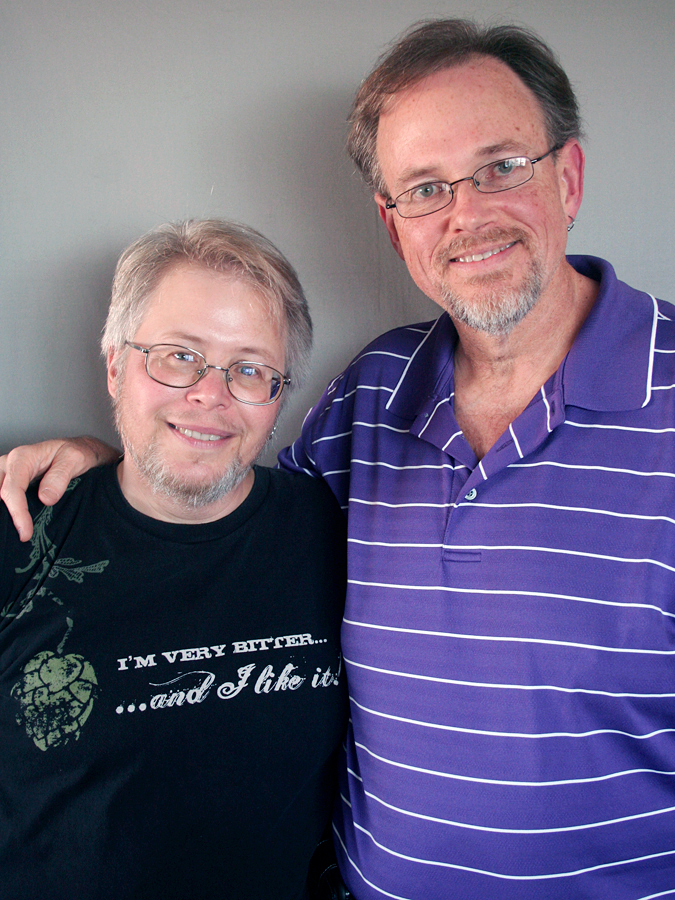 Les and Scott GrantSmith visited StoryCorps in San Diego to discuss how they moved on together, after a crisis point.

Les And His Daughters

Les also visited StoryCorps with his daughters, Thea and Amanda. Hear their discussion:

This spring, Les and Scott GrantSmith will mark their 25th wedding anniversary. The couple raised two daughters along the way. But 15 years ago, they hit a crisis that nearly shattered their family. Les was keeping a secret, and that became a problem. But they solved it as a family, in a way that kept them together and happy.

In the weeks leading up to that day back in 1997, Les was certain of two things: She was a mother who loved her daughters — and she was also transgender, the term for someone born in a body of the wrong sex.

Les grew depressed and withdrawn, terrified that revealing her need to live her life as a man would mean losing Scott and their daughters, Thea and Amanda.

Not long ago, the two of them sat down to recall the conversation that followed.

"I said, 'What's going on?' " Scott recalls. "And then you said, 'I can't tell you. Because if I do, you'll leave me and take the children and I'll never see them again.' And I said, 'You'd probably better tell me then. Because you can't ... you can't leave it hanging like that.' "

"First thing I remember is that you, you said that you were in the wrong body, that you should be a man," Scott says.

"Early the next week, you were on the computer and you were researching all of the surgeries ..."

"And I just freaked out," Scott says. "It finally occurred to me to ask the question, should I stay or should I go?"

The couple had met in college; they got married in 1987. And with Les' secret now in the open, they decided to stay together. In 1997, Les began hormone treatments as part of the process of beginning to live life as a man.

"Amanda was 7 at this point, and I explained to her where this was going," Les says. "And she burst into tears and threw herself onto my lap. And she says, 'Oh, please, don't change into a man. If you have to change into anything, couldn't it be a cat?' " 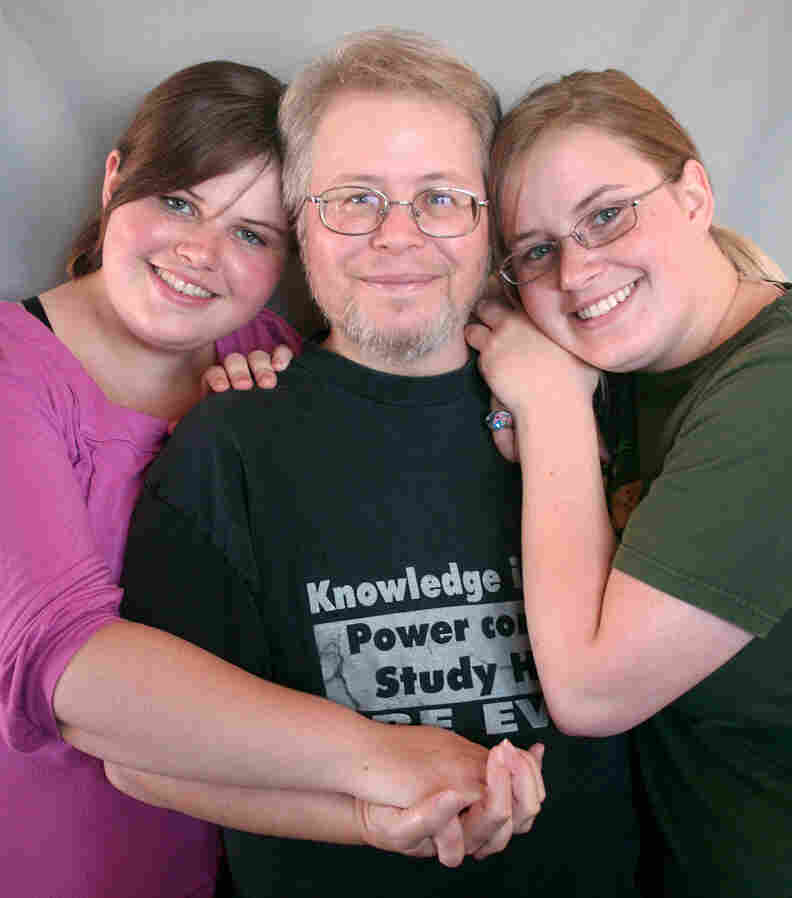 Amanda, Les and Thea GrantSmith spoke about Les' transition from a woman to a man in 1997. StoryCorps hide caption 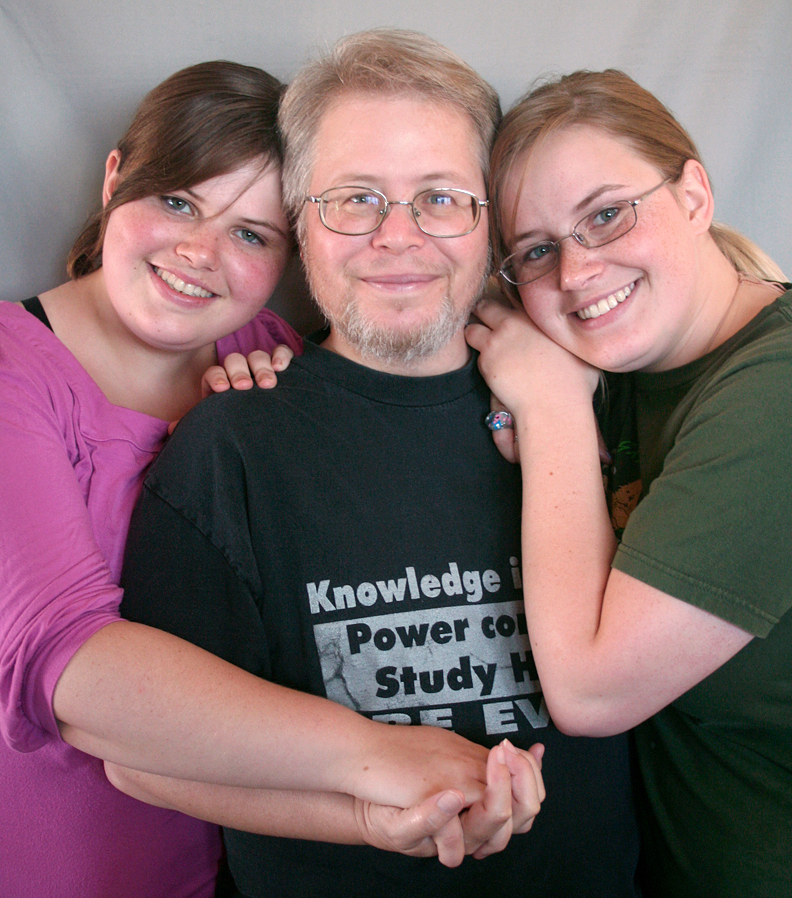 Amanda, Les and Thea GrantSmith spoke about Les' transition from a woman to a man in 1997.

Laughing, he adds, "And that was not a question I had prepared myself to answer. I mean, I was kinda stunned."

"So right around that time, you had started transitioning and we just kinda fell out of holding hands when we were walking along the street," Scott says.

"Spontaneous affection — we couldn't do it comfortably anymore," Les says.

"A lot of it was me," Scott says. "Because it became clear that I would be perceived as gay. But I realized that I didn't fall in love with a couple of body pieces. I decided this is the person."

"And I was still the same person," Les says.

"More so. More like the fun person I remembered from 30-odd years ago," Scott says, "than before the transition."

Les tells his husband, "Right ... right. I mean ... it's just been amazing to watch you. You stuck with it. You persisted. And, every year my respect for you grows and grows."

His transition from a woman to a man was also the main topic when Les GrantSmith sat down for a StoryCorps interview with his daughters, Thea, 23, and Amanda, 19. In particular, they talked about the early days, and how they all coped with the change.

"Do you remember the conversation where I told you I was transitioning?" Les asks.

"Yeah. I was really worried about you not wanting to be my mother anymore," says Thea, who was 10 at the time. "So, it was pretty intense."

Les says he never stopped considering himself the girls' mother. And they still think of Les as their mom.

"Did you guys ever feel like maybe it was your fault, that, something that you guys had done?" he asks.

"You made that pretty dang clear — that it had nothing to do with us," Amanda says.

Then she asks Les a question of her own: "What were you most concerned about when you told us?"

"Well, you know, girls learn how to be women from their mothers," Les says. "And I was terrified that I was gonna totally screw you up. And that you wouldn't be comfortable in your own skin. And my only defense against that in my mind was to go, 'They'll see love' — and have that be what makes a relationship work."

"No," Les says. "That was never — ever — an option. If it had looked like Dad couldn't have handled it and if it was really freaking you out, it was always my promise I would stop."

Thea says that she remembers the talks she had with Scott about the process as well — and how he told her that it wouldn't help anyone if he abandoned Les, or fought his transition into living as a man.

"He got over anything that was in him that told him that this was wrong, or that he couldn't do it, or that it would be too hard," Thea says. "He thought of me and Amanda and you. And, he made the right decision."