Accessibility links
Trauma, Not Radiation, Is Key Concern In Japan Experts say health effects from the radiation released by last year's nuclear disaster will be minimal. But the lasting psychological trauma from the tsunami, including the loss of life and livelihoods, will be an ongoing struggle. 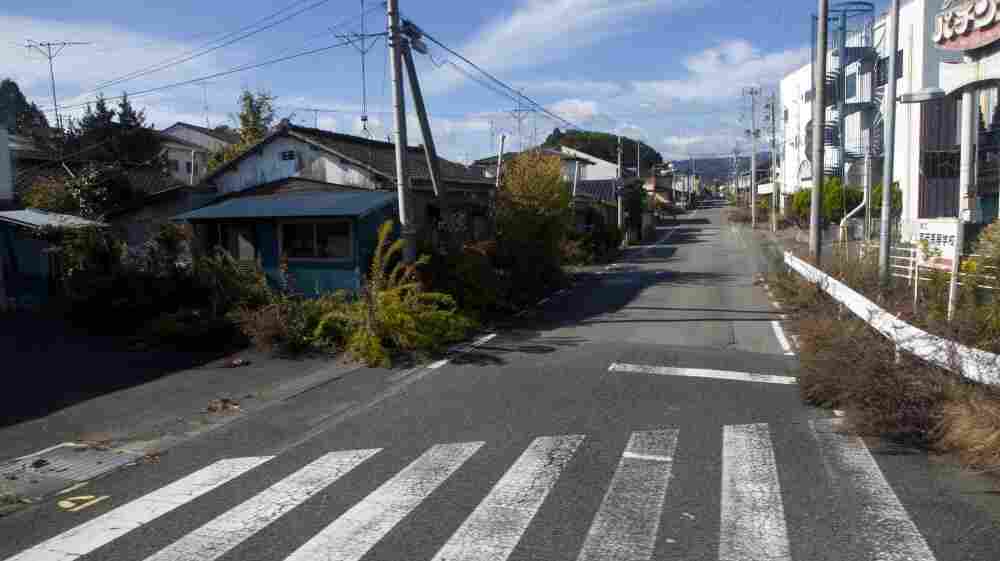 A deserted street inside the contaminated exclusion zone around the crippled Fukushima Dai-ichi nuclear power station, on Nov. 12, 2011. Experts say health effects of radiation exposure likely won't be detectable and a bigger problem is the mental health issues resulting from the trauma of the tsunami. David Guttenfelder/AFP/Getty Images hide caption

One year ago this Sunday, a 9.0 magnitude earthquake off Japan triggered a tsunami that killed 20,000 people. It also triggered multiple meltdowns at the Fukushima Dai-ichi nuclear power station, one of the worst nuclear disasters in history.

But health effects from radiation turn out to be minor compared with the other issues the people of Fukushima prefecture now face.

That may come as a surprise. We all watched frightening TV images, and clouds of radioactive steam and gas did erupt from the plant. That material did sometimes move over the countryside and into populated areas, so it looked like a horrible disaster.

But in the case of radiation, the dose matters. It's true, there is no bright line that separates a safe dose of radiation from a dangerous dose, but at some point, a dose is so small that any potential health risk is simply too small to measure. 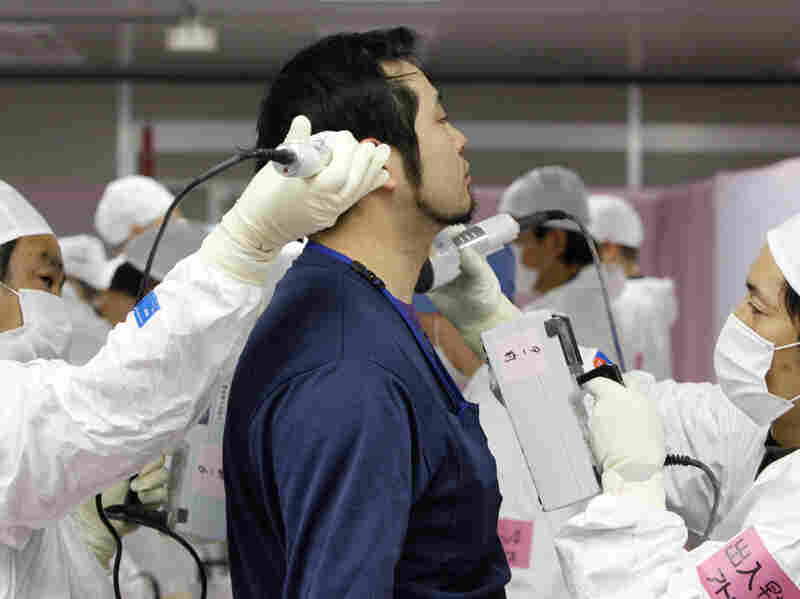 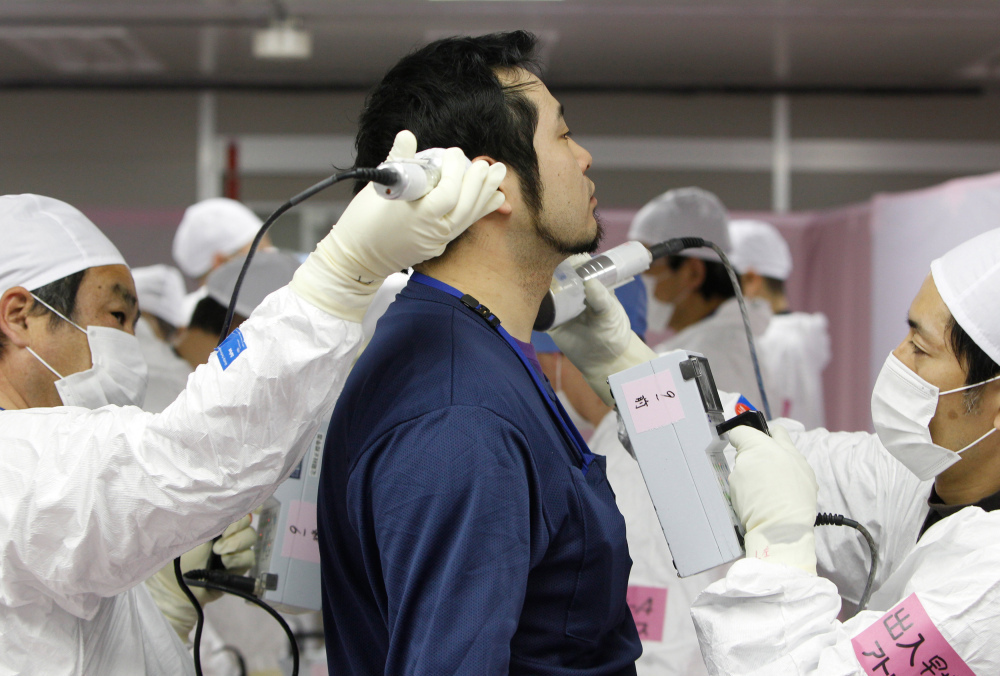 A worker is given a radiation screening as he enters the emergency operation center at Tokyo Electric Power Co.'s tsunami-crippled Fukushima Dai-ichi nuclear power plant on Feb. 20.

"Surprisingly, there have been no health effects that have been demonstrated among the Japanese people or among the workers," says John Boice, a cancer epidemiologist at Vanderbilt University.

To be sure, "there was radiation released. It was about a tenth of what was released from Chernobyl," he says. "But most of the releases were blown off to the Pacific Ocean. The winds were blowing to the sea and not to populated areas."

One big cloud did blow inland, up toward the northwest. But most of the 170,000 residents in the area were quickly evacuated. Boice says that helped limit dangerous doses. So did other quick actions by the Japanese government.

"They prohibited the release of any food that had had increased levels of radiation in them," he says. "So there wasn't milk out there in the public supply. There wasn't any fish that had levels that were increased."

And that's a huge difference from the aftermath of Chernobyl. In 1986, the Soviets let people eat contaminated food and drink contaminated milk, activity that led to many cancers. In Japan, Boice says the only people with significantly elevated doses are the nuclear workers. And as a result, a few workers are at slightly higher risk for cancer.

Robert Gale, a bone-marrow-transplant expert who treated workers after Chernobyl, spent half of the past year in Japan talking to some of the thousands of workers called in for the nuclear cleanup.

"Most of these workers are not nuclear workers," Gale says. "They are common workers that [for example] were upholstering couches in Osaka and now they're cleaning up a nuclear reactor."

They work until they reach the occupational radiation limit of 50 millisieverts in a year, then they go home. But they don't know what their risk really entails. So Gale has been meeting with them to explain.

That's more than half the dose they got through occupational exposure. But cigarette smoke is also filled with cancer-causing chemicals, so smoking is a far bigger risk to their health.

But the issue isn't just physical health — it's the worries that come with radiation. Evelyn Bromet, a psychiatry researcher at SUNY Stony Brook, says this anxiety sets in after big nuclear accidents.

"The central public health issue often becomes health-related anxiety, concerns about the future, about the future health of the children," Bromet says. "So that's what happened in Japan, just as it happened after Chernobyl and after Three Mile Island."

But it's worse in Japan because the public is also suffering from the trauma of the tsunami, of evacuation and of losing livelihoods, because people are reluctant to buy produce from Fukushima. And Bromet says physicians in Japan don't generally treat mental health issues.

"So I think it's not going to be very easy to set up intervention programs in the same way it would in countries like Holland, for example, where there's much more integrated mental and physical health care."

Bromet says it will be essential to deal with both physical health and mental health in the years to come.