Accessibility links
First Listen: Esperanza Spalding, 'Radio Music Society' The virtuoso singing bassist, the surprise Best New Artist at the 2011 Grammys, has founded a sort of club. Its mission is to investigate the many mysteries of the "pop song," with jazz musicians, cheerful vocals and scare quotes. 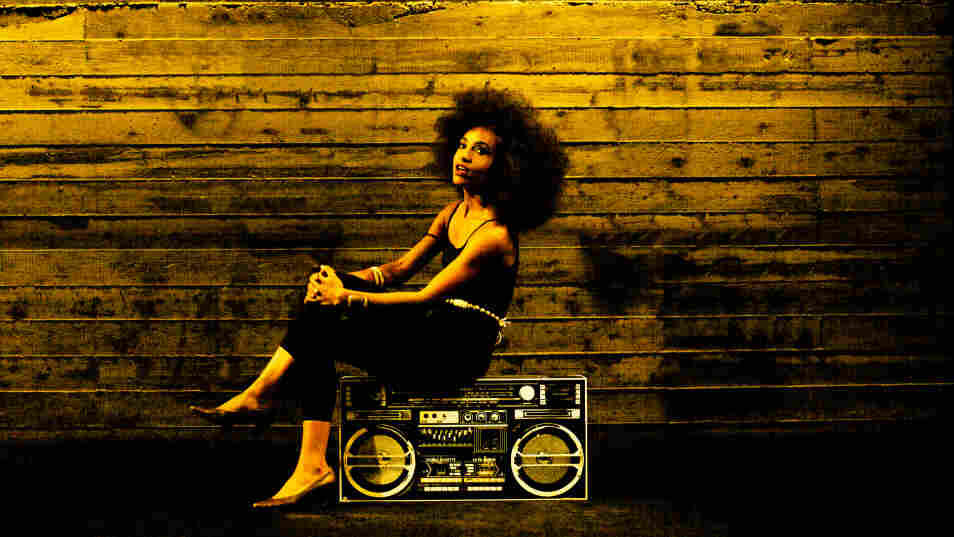 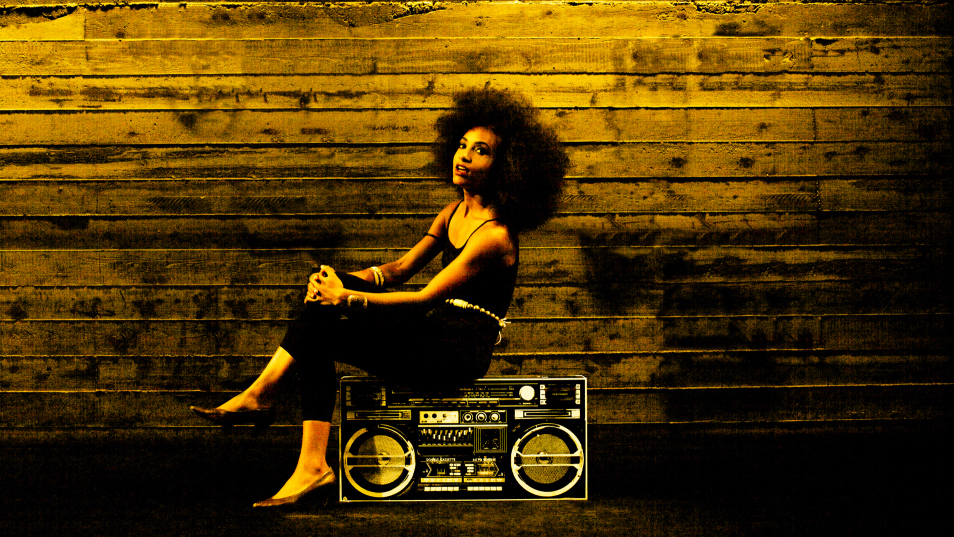 The new Esperanza Spalding album is widely anticipated. The bassist and singer finds herself in the rare situation of crossing over to mainstream audiences by making new music her peers widely respect. In the jazz world, that's made her a household name; when she was named Best New Artist at the 2011 Grammy Awards (and when she sang "What a Wonderful World" at last month's Oscars), the broader pop-music community briefly took notice, too. All that means a great many fans have been waiting on her next move, many with some rooting interest in how it'll be talked about.

The new Esperanza Spalding album is a pop record. Well, "pop record" in scare quotes. Spalding is fascinated with the idea of sticking jazz-trained musicians in musical settings usually thought of as "pop" — backbeats, background horn sections, background singers, songs about romantic relationships, a Michael Jackson cover actually written by Stevie Wonder ("I Can't Help It"), '80s synths and studio-isolated floor toms and the "boing" of an electric bass. It's titled Radio Music Society, as if to suggest a club dedicated to investigating the mysteries of the Top 40 charts with pianos and saxophones and drum kits.

The new Esperanza Spalding album is all over the place. That's neither pejorative nor praise; it simply is. There are songs protesting the justice system, lamenting the state of the news media and celebrating the history of the African diaspora, and there are songs about love won, love affirmed, love unrequited, love lost and love about to be lost. There's a song by high-modernist saxophonist and composer Wayne Shorter ("Endangered Species"). There's a song entirely about her childhood home of Portland, Ore. ("City of Roses"). There are no fewer than five guest vocalists, two guest guitarists, two jazz drum heroes (Jack DeJohnette and Billy Hart), two early teachers from Portland, one member of A Tribe Called Quest (Q-Tip, who produced two songs), a whole bunch of student musicians in a big band and plenty of other folks — younger and older and in-between — with whom she regularly tours. It is packed to the gills.

Radio Music Society is thus big budget, and big ambition, and big on expectation. But Spalding doesn't seem fazed by the prospect, and if she is, she simply reverts to what she does best. "Now, you can't help singing along / even though you never heard it / you keep singing it wrong / this song will keep you grooving," she sings in the opening track. It's about the serendipity of discovering a great song on the radio; appropriately, it's filled with ear-candy moments of la-la-la and alotofwordssungreallyquickly and call-and-response set to vaguely Afro-Latin piano. It's cheery and earnest and the slightest bit cheesy in an endearing way. And it's hard to begrudge that sort of happiness.