Accessibility links
Far From Fading, Mexico's Son Huasteco Style Flares More than 40 years ago, four friends — three scientists and one musician — went to the Huasteca region in Northeastern Mexico in search of music they wanted to record for their own enjoyment. Now, some of that work has been released on a two-CD compilation titled El Gusto. 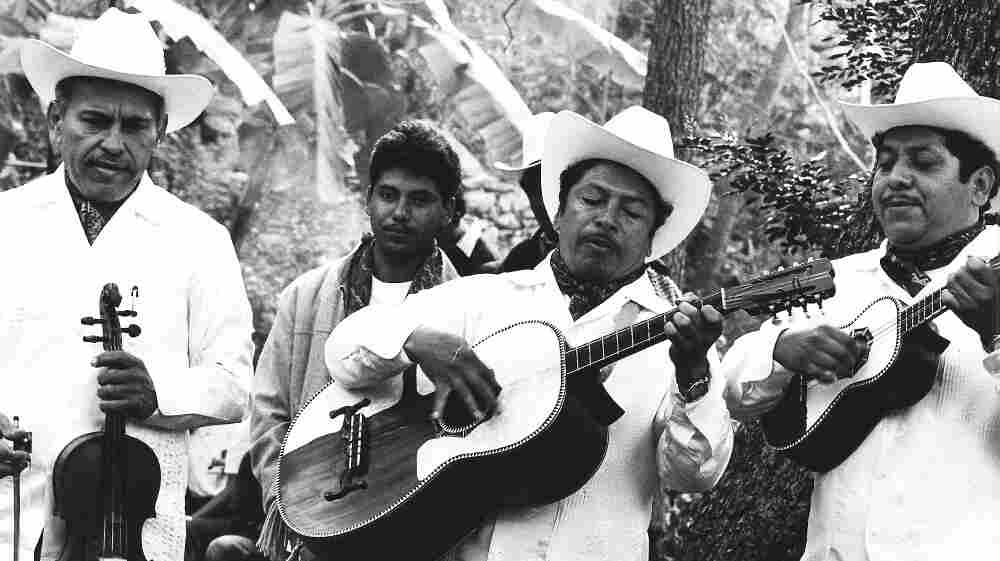 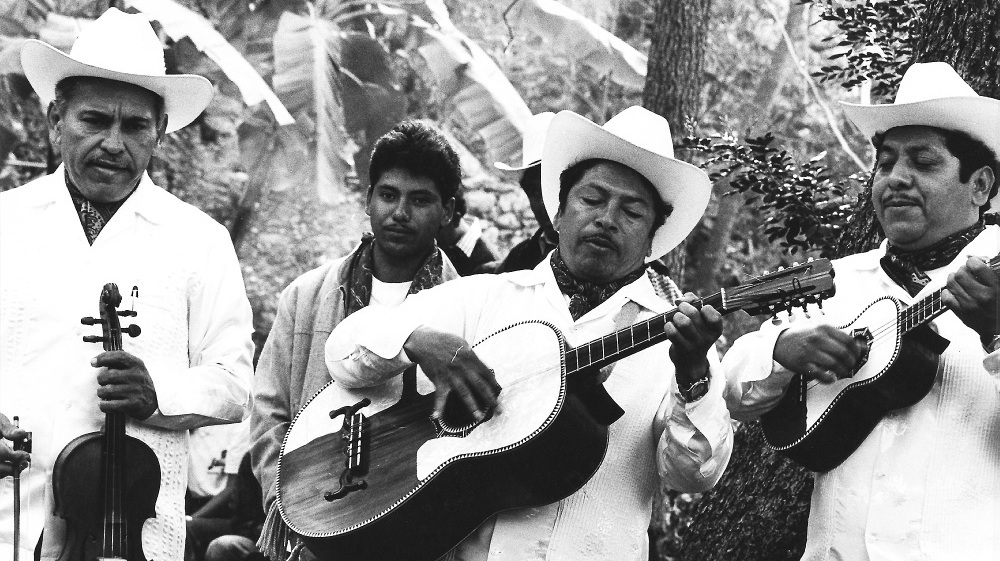 Violinist Heliodoro Copado (left) of the trio Los Camperos de Valles is considered among the best musicians of the son huesteco style.

More than 40 years ago, four friends — three scientists and one musician — went to the Huasteca region in Northeastern Mexico in search of music they wanted to record for their own enjoyment. Now, some of their work has been released on a two-CD compilation titled El Gusto.

The four friends found a wealth of music in Ciudad Valles, in the state of San Luis Potosi. One member of the group, Eduardo Llerenas, even chose to dedicate his life to recording the music of the area, giving up a career in biochemistry.

"It was because I just couldn't afford the time to do both things," Llerenas says. "Being a scientist and a researcher, you need 24 hours a day, and to do this work with the music, I think you need the same sort of time. So it was impossible to continue in that way. So, back in 1986, I stopped [and] I moved into the music field." 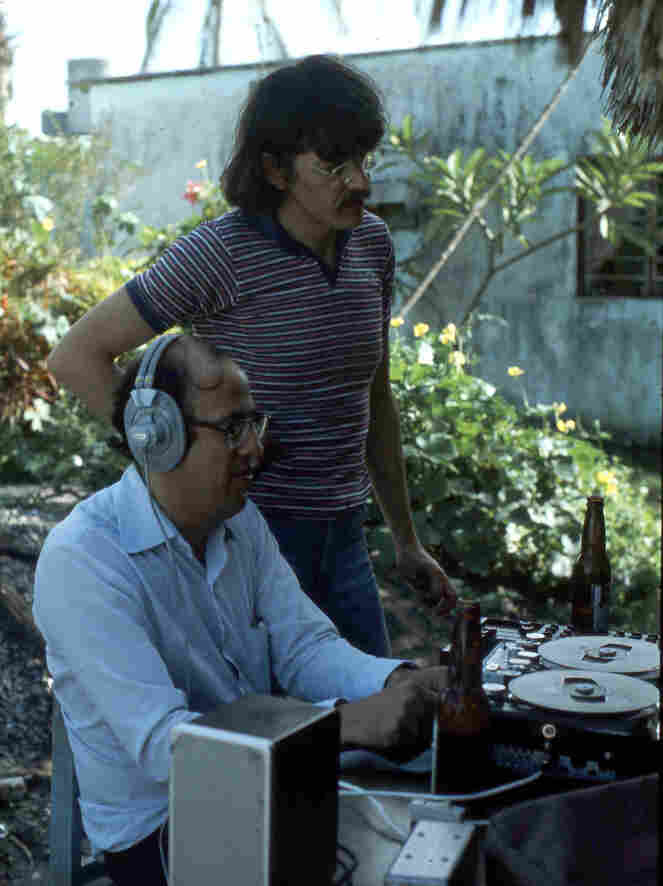 Llerenas used the observational skills he honed as a scientist to try to understand the community.

"We have developed an ear, like the local people, in order to be good judges of this, because we don't normally record whatever we listen to," he says. "You have to adapt your ear to the local ear and in that way you could actually make judgments and do recordings of what we think are the very best musicians."

Son huasteco, as the musical style came to be called, is also commonly known in Mexico as huapango. It's played by a trio of musicians: one playing a small, five-string rhythm guitar called a jarana huasteca, one on an eight-string bass guitar called a quinta huapanguera and another playing a violin. The two guitarists sing coplas, or short poetry stanzas, alternating verses between them.

When Llerenas and his colleagues were collecting the music for El Gusto, they found themselves at a bus stop in Ciudad Valles where they met a trio called Los Camperos Huastecos. Their violinist, the late Heliodoro Copado, is considered one of the top musicians of the son huasteco style. The recording they made of the trio — at a motel restaurant — produced the classic song, "El Sacamandú."

Son huasteco has two unique trademarks: improvised violin ornamentations based on a melody, and the high falsetto voice. The style has spread beyond Veracruz and San Luis Potosi, where Llerenas and his friends recorded much of this music, to other states including Hidalgo, which is now the wellspring of son huasteco.

Llerenas says the reason for the music's popularity is the demand for it at family parties, weddings, baptisms and birthdays.

"So it is the desire of the community, they love this music, they have been born to, they dance to it [and] they drink to it," he says. "So it's the meaning of the fiesta for them, where the huasteco music is associated."

Writer Mary Farquharson co-produced the El Gusto compilation. She says contemporary groups are not re-inventing the sound, but building on the roots that make the music remarkable.

"The emotional range that can go from joy to great tragedy within one song, but there's always emotional relief," Farquharson says. "It sort of pushes you up and drags you down and whirls you around, all in one song. It's such a complete music and it's played by three musicians."

Roy Germano was filming his documentary The Other Side of Immigration in 2008, when he and a friend picked up a CD in a market one day. He says he was "blown away by the sound."

Last summer, Germano began shooting a new documentary about son huasteco music called A Mexican Sound. For him, the recordings are great, but to really get the feel of the music, he says, you have to see it live.

"When you throw into the mix a live performance — where people are dancing on the tarima and creating their own rhythm — I think it's just a magical sound," Germano says.

One of the musicians Germano interviewed for his documentary is Marcos Hernandez. More than 40 years ago, Llerenas and his friends discovered Hernandez, who at the time was a 17-year-old singer and guitar player with a group named Los Cantores de la Sierra.

Hernandez says he's thrilled to see children learning son huasteco. He says his grandkids are starting to like it, and even kids as young as six are playing almost like professionals because parents are exposing them to the music at an early age.

When Llerenas and his three friends went to the Huasteca region to record this music, they thought it was on the verge of extinction. Today, it's thriving, perhaps more than ever. Thanks to their efforts, even more people will have the pleasure — El Gusto — of hearing it.