Accessibility links
Flower Power: Philly Show Eyes More Than Gardeners Since 1829, the Philadelphia International Flower Show has used dazzling flower displays to attract gardeners and plant buffs. But is that enough anymore? This year's show has tried to make visitors part of the exhibition. 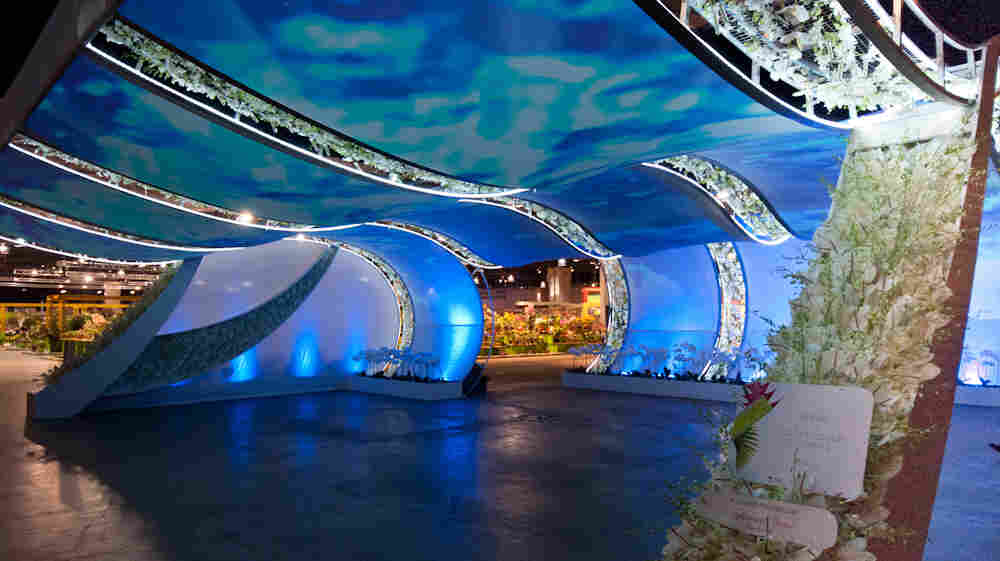 Visitors to the 2012 Philadelphia International Flower Show entered through a wave-like tunnel. The show's theme was "Hawaii: Islands of Aloha." Courtesy of PHS hide caption 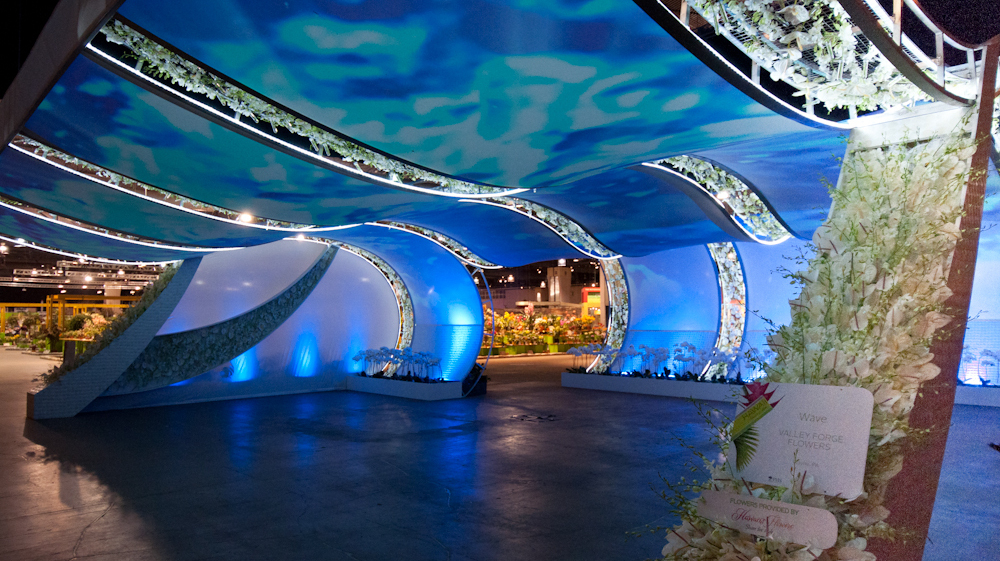 Visitors to the 2012 Philadelphia International Flower Show entered through a wave-like tunnel. The show's theme was "Hawaii: Islands of Aloha."

Since 1829, the Philadelphia International Flower Show has attracted gardeners looking for ideas they can try at home. But in an effort to attract more than just gardeners, the show modernized this year.

"We cannot just have exhibits, and [have] people come to look at exhibits. That's old-school," said Drew Becher, the new president of the Pennsylvania Horticultural Society. "Museums are getting away from that. We have got to be interactive."

When Becher set out to plan the show, he decided he wanted it to be more innovative.

"You will be walking underwater, able to vote on people who win things all on your iPhone," he said.

Their goal? For visitors to "become part of the flower show."

Becher, after all, felt he was competing against 3-D movies, a winning city hockey team, Netflix, cable television — the slew of events and technologies that command our attention these days. The Flower Show, he said, had to be equally arresting.

For this year's show, held between March 4 and March 11, the exposition took on the theme "Hawaii: Islands of Aloha." Visitors entered underneath a crashing wave, frozen in time. Its underside glowed with bit-mapped digital projections of swimming sea turtles and fish, which periodically disappeared to be replaced by a wall of orchids.

After the wave, visitors entered a tropical jungle, thick with palms and ferns. A 35-foot waterfall gushed as hula dancers performed twice an hour. Spotlights swirled; the music was clubby. 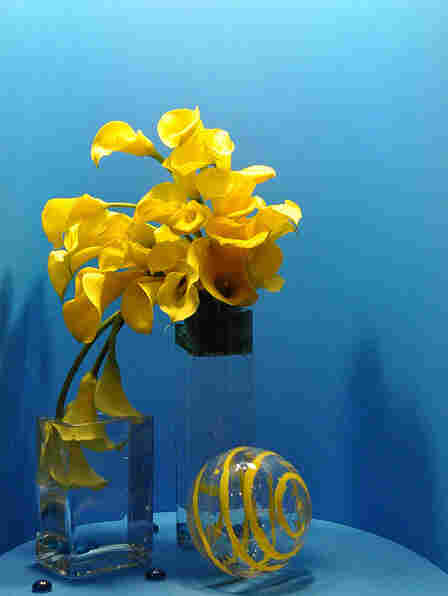 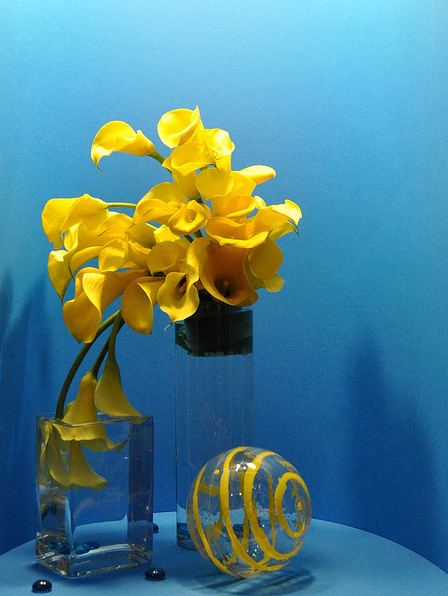 It was a dazzling setup, especially to some of the show's first-time visitors.

"This is gorgeous. This takes your breath away when you walk in here," said Ginger Schaeffer, a flower show rookie. "I thought it was just going to be tables of flowers and different things."

Not everyone was a fan, though. Megan Rush and Sam Clements weren't sure if they liked it.

"It's a little overwhelming," Rush said. "It's just plants. We thought there would be more color."

"It feels more like promotion to go to Hawaii on vacation," Clements added.

Over its long history, the Philadelphia International Flower Show has tried to strike a balance between big, showy set-pieces and more down-to-earth gardening ideas that visiting amateurs can replicate at home. In this year's show, there were simple window-box displays hanging from front porches set just a few yards away from a Polynesian rainforest designed by a former Disney World employee.

For the first time, the flower show even provided an attraction for people who couldn't care less about flowers: the Man-Cave.

The Man-Cave was equipped with video golf, beer on tap and upholstered recliners arranged around an enormous television. Many of its denizens were men — most of whom had been brought to the show by wives who wanted to see the flowers.

"My wife pretty much insisted. We brought the whole family for her birthday," said Randy Stahlberger, who sipped a beer while watching the Boston Celtics take on Jeremy Lin and the New York Knicks. "I get to watch a little basketball, and get away from the crowds, take a little break."