Accessibility links
Power Grid Must Adapt To Handle Renewable Energy Grid operators constantly match what power plants are producing with what people and their TVs, microwaves and air conditioners need. But when the electricity comes from unpredictable sources, like wind or solar power, balancing the grid is a challenge, a new study finds. 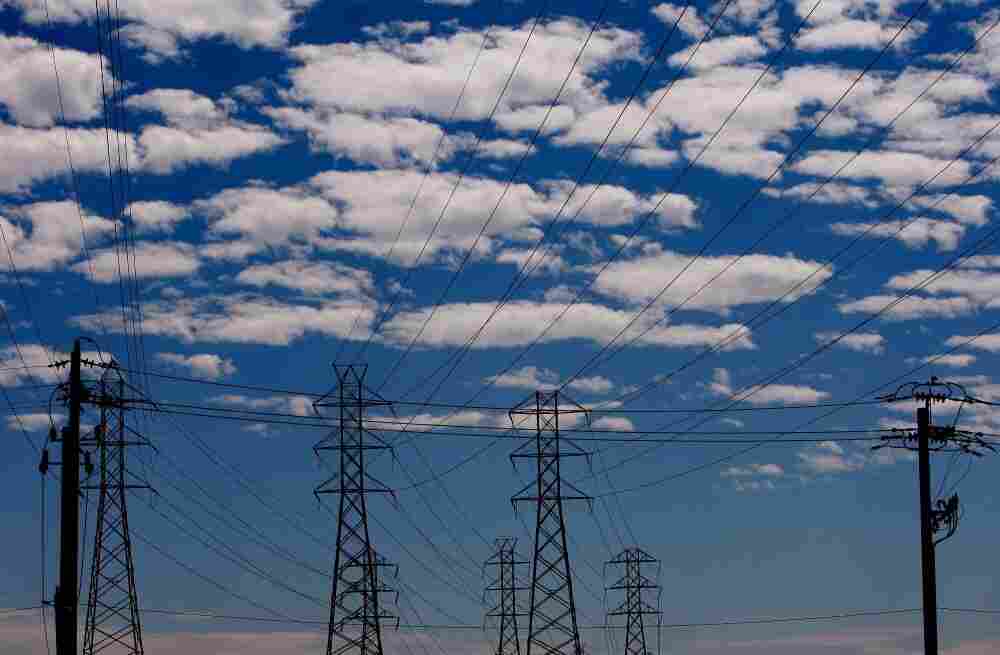 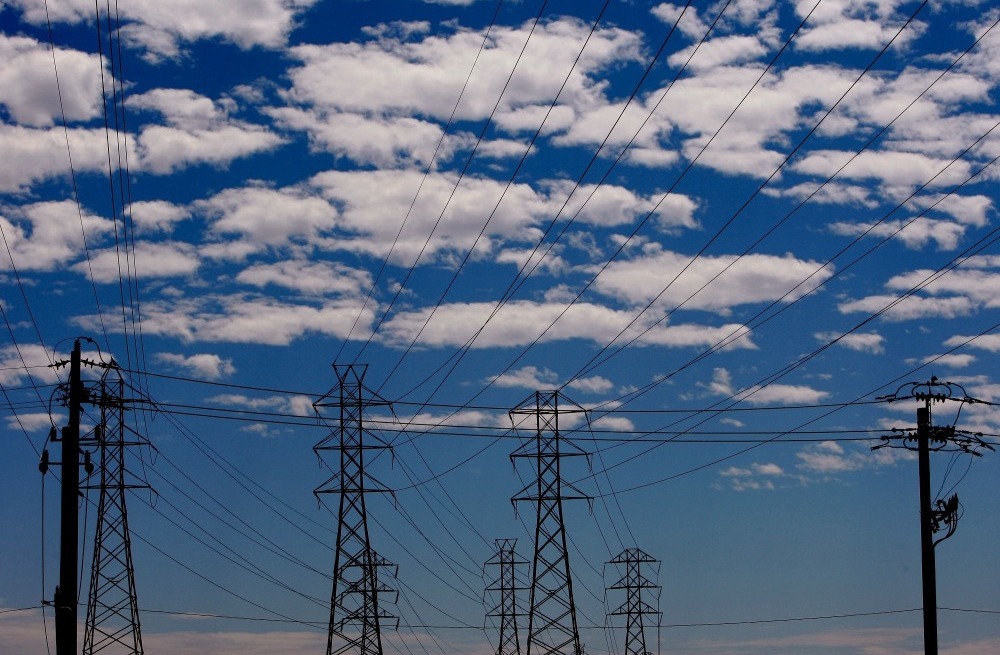 Towers carry electrical lines in San Francisco. The electricity grid is a web of power stations, transformers and transmission lines that span the continent.

The National Academy of Engineering in Washington, D.C., once asked its members to pick the greatest engineering achievement ever.

Their choice? The electrification of the country through what's known as "the grid."

Ernest Moniz, director of the Energy Institute at MIT, says they were right on the money.

"That reflects what an amazing machine this is, spread out geographically, always having to balance demand and supply because electricity is not stored," he says.

Every day, with the flick of a switch, millions of Americans tap into the electricity grid. It's a web of power stations, transformers and transmission lines that span the continent, distributing electricity like veins and arteries distribute blood.

Electricity has to keep flowing all the time. Grid operators constantly match what power plants are producing with what people and their TVs, microwaves and air conditioners need. It's the world's biggest balancing act.

So what happens when you add in unpredictable sources of electricity, like wind or solar power?

"The operator does not have control of when to turn it on and off," Moniz says. "It's a new challenge that we just have to meet, and we're not doing it at anything like the pace that I think we need."

That's the conclusion of a study that Moniz's group at MIT is issuing Monday. It's all about how the grid must change to handle the fickle flow of electrons from renewable energy.

Backing Up The Competition

California's grid, the California Independent System Operator, is trying to sort out how to handle this on-again, off-again source of electricity.

We have to have a backup. There are times when Mother Nature decides to bring in clouds or turn off the wind, but I think in that case everybody still wants to have power.

"We have to have a backup," says Steve Berberich, the grid's CEO. "There are times when Mother Nature decides to bring in clouds and turn off the wind, but I think everybody in that case still wants to have power."

In California, most of that backup power comes from plants that burn natural gas; they can switch on and off in a matter of minutes.

But, Berberich says, natural gas plants face some obstacles. Gas plants have to compete against the renewable energy sources they're supposed to back up.

"They're not getting as much revenue as they once did because they're not selling as much power because it's being displaced by wind and solar energy, which is exactly what we want," he says. "But we have to find a way to maintain those things."

Gas plants have to make money to survive. Keeping them idle until a rainy or cloudy day to back up renewables won't pay their bills.

Coal and nuclear plants — "thermal" plants, as Moniz calls them — are not a good option for backup. It's costly to start and stop them on short notice.

"Another set of costs is the additional operating costs and maintenance costs, wear and tear on some of these thermal plants that we may be asking to go up and down a lot more than they were planned for," Moniz says.

As the cost of solar and wind energy drops, though, the grid is going to use more of it: Many states demand it, so the grid must adapt.

Michael Goggin at the American Wind Energy Association, the biggest industry group for wind energy, is trying to figure out how to do that.

Goggin says, however, solving this problem isn't as hard as MIT makes it out to be.

"I think there's a lot of misconceptions about backup power," he says. "The reality is that all power plants are backed up by all other power plants."

And he says grid operators could accommodate the vagaries of wind and solar if they moved power around the grid minute by minute, instead of hour by hour as they do now.

One thing the experts agree on: Since wind and solar energy are all about the weather, grid operators will need to hire a lot more weather forecasters.