Accessibility links
Peter Bergman: Remembering The 'Firesign' Satirist Peter Bergman, one of the founding members of the four-man surrealist comedy troupe The Firesign Theatre, died Friday of complications from leukemia. He was 72. Fresh Air remembers Bergman with excerpts from a 1993 interview. 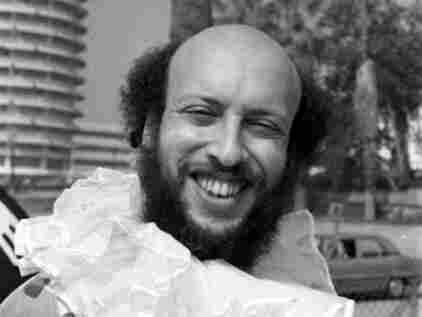 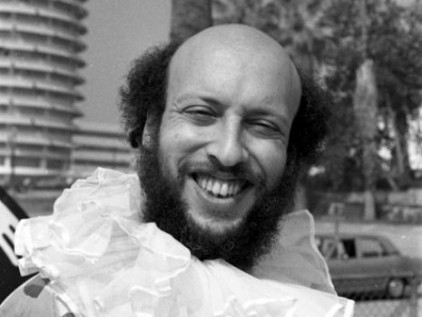 Peter Bergman graduated from Yale University and later attended the Yale School of Drama as a Eugene O'Neill playwriting fellow.

Peter Bergman, one of the founding members of the four-man surrealist comedy troupe The Firesign Theatre, died Friday of complications from leukemia. He was 72.

Bergman, along with collaborators David Ossman, Phil Proctor and Phil Austin, created satire out of the political and civil upsets of the 1960s and 1970s, blending surrealism, absurdities, non sequiturs, paranoia, parodies of the Establishment, sound effects, in-jokes about hippies and knowing allusions to literature and trash culture.

The group got its start in radio, then began to create intricately layered multi-track comedy records. The late 1960s brought Waiting for the Electrician or Someone Like Him, followed by How Can You Be in Two Places at Once When You're Not Anywhere At All; Don't Crush That Dwarf, Hand Me the Pliers and I Think We're All Bozos on This Bus.

In 1993, Bergman, Ossman and Proctor joined Fresh Air host Terry Gross for a conversation about their many years of collaboration. Bergman explained that the four got together shortly after he arrived in California to work on a show called Radio Free Oz.

"I went out to California and started this radio show and was playing Indian music and Andy Warhol and Buffalo Springfield and all this pop culture and astrology, and it was a crazy late-night show, and people were going mad by it," he says. "And just before we went on the show that night, Nov. 17, 1966 — I was an astrologer at the time — 'I said, 'We're all fire signs. We're the Oz Firesigns."

The Firesigns' album Don't Crush that Dwarf, Hand Me The Pliers was placed in the National Recording Registry in 2005. The album, reviewed in The New York Times in 1972, was called "a mind-boggling sound drama" and a "work of almost Joycean complexity."

Bergman is survived by his daughter, Lily Oscar Bergman, and his sister, Wendy Kleckner.